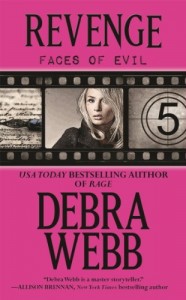 I can’t imagine life without romance in it. When I turn to a good book I want it to reflect real life. Even if the read is a total escape that doesn’t involve any of life’s harsher aspects, there must always be some level of romance. The bond between two people that transcends all else is, to me, essential for a satisfying journey.

Just last Saturday my husband and I celebrated our 39th anniversary. Thirty-nine years together! It wasn’t always easy and I’m sure there will be times to come that won’t be as well, but there is just something deeply right about waking up each day to know he is at my side. We have two daughters and he was at my side as each was born and as they grew into wonderful young women. I watched him walk each one down the aisle and one day I expect to sit next to him as we hold our first grandchild.

I look back at the pictures of our wedding day and those early years and realize just how painfully young we really were and how amazing it is that we made it this far. I also note the changes. We’re growing older and there are new challenges the same as there are new joys. But the one thing that is absolutely certain is his hand reaching for mine. That is truly the most incredible knowledge—knowing he is there. As a writer and a reader, I cannot imagine a fulfilling story without that vital element.

Romance gives us hope no matter how dark the day. It offers refuge when we are weary but most of all it never fails us because a true romance has a satisfying ending. And like all great romance novels, one day my story will end and I know in my heart, whether in the flesh or in the spirit, the man I love will be there beside me, reaching for my hand.

Recommendations:
There are so many talented authors I love to read that it’s difficult to name just one or two. I would highly recommend anything by Cindy Gerard or Rita Herron. Both write incredible romantic suspense! A self-published author I recently got hooked on is VR Marks. He’s writing a series and book four, The Informant, is out now! He adds just the right amount of romance in his high action suspense novels.

I guess it would have to be the tattered old notebook that holds dozens of stories I wrote as a kid. My daughters have urged me to get a new binder to put those stories in but I just can’t bring myself to part with that old spiral notebook. I wagged it around all the time as a kid. And I always carried a sharp pencil. Even now when I sharpen a pencil the smell reminds me of writing stories in the tree house my daddy built on our farm.

That one’s easy, FAST AND FURIOUS. I came into this world in a hurry! I had my first job babysitting when I was six. I got paid a dollar a day to watch two toddlers. By the time I was fifteen I had a real job and I got married when I was sixteen, first child at eighteen. I didn’t want to miss anything. I’ve written stories my whole life and when I decided to finally get serious about a writing career, I went from unpublished to having more than 100 books published in fourteen years. I guess I came into this world with just one speed—hurry! Hmm, who would play me? A crazy woman, no doubt. If I was really lucky it would be Jennifer Garner—not because she looks like me (thank goodness for her!) but because she’s just nice and she’s a great actress.

A reader who always wrote to me after reading one of my books sent me the most wonderful gift. It was her brother’s winning rodeo buckle from 1969. He had passed away years before and she said it was the one thing of real value she had to give me. I tried to give it back but she wouldn’t have it. The idea that my stories meant that much to her still brings tears to my eyes.

Definitely Jess Harris and Dan Burnett from the Faces of Evil. These two fell in love back in high school. After college they went their separate ways and now, twenty odd years later they’re working together on murder cases. OBSESSION will forever more be my favorite book I’ve written. It holds a very special place in my heart.

Debra is generously donating one autographed copy of Revenge and one kindle copy of Bone Deep for US readers, and one copy each for international readers. International contest submissions enter here. To enter the domestic contest, either leave a comment here or enter the weekly drawing on the contest page. Or both.  (Only one entry per commenter per post, though – multiple comments on one essay does not give you more chances.)  Comment entries must be posted by midnight EST Aug 10 to be eligible, though winners will be announced the following week. 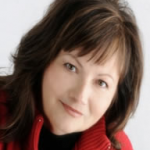 DEBRA WEBB, born in Alabama, wrote her first story at age nine and her first romance at thirteen. It wasn’t until she spent three years working for the military behind the Iron Curtain—and a five-year stint with NASA—that she realized her true calling. A collision course between suspense and romance was set. Since then she has penned more than 100 novels including her internationally bestselling Colby Agency series. Her debut romantic thriller series, the Faces of Evil, propelled Debra to the top of the bestselling charts! Visit Debra at www.thefacesofevil.com or at www.debrawebb.com.