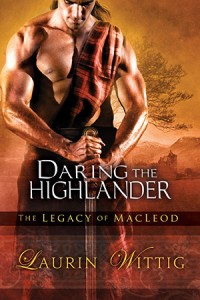 Romance matters. I’ve known this ever since I got hooked on Nancy Drew and wondered what the heck was up with Ned. I mean, the boy had no game and Nancy deserved better. I was ten.

I’ve known romance matters ever since I read Little Women and was heartbroken that Laurie didn’t end up with Jo. That was so wrong. I was eleven.

And, growing up in the Deep South as I did, I knew that romance mattered to Rhett Butler, even if it didn’t seem to matter to Scarlet. I wanted better for Rhett. I think I was about ten the first time I saw the movie.

I read fantasy for a long time, and discovered at one point in my mid-twenties, as I looked at my keeper shelves, that I had a preference for female writers who featured strong romantic story lines in their books. I devoured those stories and read them over and over.

I didn’t realize it yet in a conscious way, but romance stories were (and remain) my favorite sort. They spoke to me in a way coming of age stories, mysteries, or any other genre just didn’t. They fed my heart and my soul and made me feel…well, they make me feel.

And then, in my late twenties, I happened to discover the wide world of romance novels. Can you say heaven? I couldn’t get enough of contemporaries (I discovered Silhouettes first), and then I wallowed in historicals, especially those that wrapped closest around my heart, Scottish historicals. And then I discovered paranormal romances, which brought me very close to my fantasy-loving roots.

It wasn’t until I wrote a romance that I began to get questioned about my choice of genre. At first, I got defensive. I learned to say, “Jane Austen wrote romances. So did Shakespeare.” That usually prompted questions about what defined a story as a romance, and again, I was prepared with something to the effect of “it’s a story about a couple that ends with them in a committed relationship, and always has a happily-ever-after.” Stock answers that really said nothing about why they mattered to me so much that I had to spin my own romance yarns for other people to read.

But it got me to wondering what it was exactly that I found so delicious and affirming about a romance novel (or a movie, or a play). As I cast about for something profound, something academic, perhaps, something weighty that would validate my choice of genre, I realized that none of that mattered. I needed to dig deeper until I discovered the real reason I love romances, and I found it. 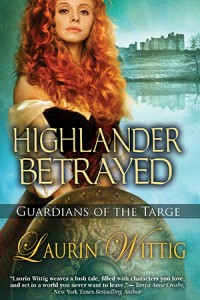 They are about the hope of the characters finding their way through trials and tribulations to their very own happily ever after. They affirm the importance and the value of the pair bond, the committed couple, and that value always stretches beyond the hero and the heroine, imbuing their community, their families, their friends, and their own lives with joy, happiness, and hope.

Romance matters because it gives us all hope that we, too, just like the heroes and the heroines of our favorite novels, will prevail in spite of troubles and turmoil; that we will strive to become a better version of ourselves; and that we will find our own happily ever after. Romance holds out hope for a better, happier, more loving future.

Pick up your favorite romance and see if hope isn’t always threading its way through the story. You, the reader, bring a lot of hope to the story, too, as you read, ever hopeful that the hero and the heroine will figure it all out, as you hope they find their way to each other, as you hope their happily ever after will make you sigh and believe that all is right in the world, at least for those moments you lose yourself in the pages.

So now I have a better, truer, more personal answer when someone asks me why I read and write romances: Romances, at their most basic, make me feel hopeful and I want to share that hopefulness with the world.

I’d like to recommend Suzan Tisdale to anyone who loves Scottish historical romances. Suzan publishes independently and has had her books in the Amazon top 100 historical romances for most of the last year. Her latest novella is McKenna’s Honor. Please give her a try! www.suzantisdale.com

I have a ceramic blob that looks vaguely like a fat person with three smaller people stuck to it in odd places. It’s all white and it was made by my son when he was in first or second grade. When I asked him what it was he said it was a storyteller with children in her lap. It’s one of my most treasured pieces and sits on the bookshelf in my office.

Who is easy. Susan Sarandon would play me now, and Emma Stone would play the young me. What it would be called: Can I Go to My Room Now?

When the kids were younger we had a family portrait taken – lots of pictures actually. When we went to view the proofs and choose what we wanted, the first thing we saw was a 3×3 grouping of pictures – 9 pictures altogether. I think I drooled over them. My ever-cost-conscious husband asked the price and I knew it was beyond what we had budgeted so I took another wistful look and moved on to choose other fabulous pictures. A month and a half later Christmas day dawns. My husband makes me wait for the very last present to be opened before he gives me his gift. I pulled those nine beautiful pictures of my family out of the gift bags and cried. I’ve never cried over a present before or since and I still look at those pictures every day.

Catriona and Tayg in Charming the Shrew will always have a place in my heart. They were such fun to write, especially the snowball fight scene!

Laurin is generously donating one copy of Highlander Betrayed to give away internationally (enter here) and one copy to U.S. readers. Winners’ choice of either print or e-copy. To enter the domestic contest, either leave a comment here or enter the weekly drawing on the contest page. Or both. (Only one entry per commenter per post, though – multiple comments on one essay does not give you more chances.) Comment entries must be posted by midnight EST Aug 12 to be eligible, though winners will be announced the following week. 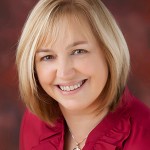 Laurin Wittig, award-winning, bestselling author of enchanting Scottish historical romances, has been published traditionally, independently, and by Montlake Romance/Amazon. She studied cultural anthropology at Brown University, then launched a career in the computer industry in Washington, DC, but it was storytelling that always called to her. Today Wittig lives in Williamsburg, Virginia, and happily gets to spend her days writing her stories. Her latest novel, Highlander Betrayed, the first book in her Guardians of the Targe trilogy, is an August release from Montlake Romance.