Everybody Needs to Read at Least One Romance

I had to laugh when Bobbi asked me to write a blog for Read a Romance Month because I’m more a Read a Romance a Day kind of person.  I’m always baffled when I’m talking to a reader who’s never read a romance.  How can anyone get through life without reading a romance?  They don’t know what they are missing.  So, I’ve made it my mission to try to get a romance book into every reader’s hand.

My quest started about 7 years when I took an Authors at Sea cruise.  Readers and authors spent a week cruising, mingling, playing and talking books.  It was nirvana.  I met Karen Holt who was the Deputy Editor of Publishers Weekly.  Since I’d never heard of PW, I thought it was a publishing house so I invited her to sit down so I could tell her everything that publishers were doing wrong from a reader’s point of view.  Karen went on to write an article about my observations and I even got my picture in PW.  A few months later she contacted me about writing a blog for their new online magazine.  My reply email was, “I’m a reader, not a writer…send books.”  Well, lucky for me, Karen persisted and my son explained what a blog was to me.  I gave in and tried it and now 6 1/2 years later, I’m still at it.

My focus has changed over the years.  I started by going to the library, reading a book and writing about it, but not doing a full review.  I interviewed a few local authors and then attended my first RT Convention.  I did nonstop interviews and by the time I hit RWA I felt like I was getting into the swing of things. I was so wrong.  There were so many amazing romance authors there that I was totally in fan-girl mode.  I even got to meet one of my idols, Linda Howard, at breakfast and proceeded to embarrass myself by missing my mouth with the food because I was in awe.  Thank goodness she is a very gracious lady and acted like she didn’t notice.

Romance has enriched my life so much over the years.  During all the rough times, when things became overwhelming, I always knew I could pick up a book and catch up with old friends and find some new ones.  I could escape to the Highlands or attend a ball at Almacks or discover the mystical worlds of vampires and werewolves or go on an adventure with Navy Seals.  No matter where they took me, they always ended at the same place…with a Happily Ever After.  And it was just what I needed in my life and still do.  Romance writers are my heroes!

My son, Andrew, gave me a Tribble (from the original Star Trek) when he was 12 years old.  I’ve always been a huge fan and love it.  It even makes that Tribble sound. 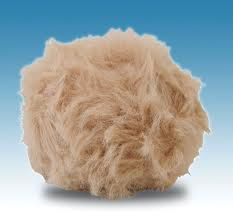 I guess because of all the jokes made about my name, the title of the movie would have to be “Oy Vey!” and I would want Meryl Streep to play me because she plays every character so believably and I’ll love to have people think of Meryl Streep when they hear my name.

This is easy.  Andrew is an artist and painted me a picture of a mother and her child hugging.  It is hanging in a place of honor in my bedroom.

Barbara is generously donating  a selection of books to one lucky reader. No international sorry. To enter the domestic contest, either leave a comment here or enter the weekly drawing on the contest page. Or both.  (Only one entry per commenter per post, though – multiple comments on one essay does not give you more chances.)  Comment entries must be posted by 11:59pm EST Aug 13 to be eligible, though winners will be announced the following week. 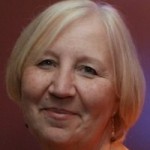 As Contributing Editor for Publishers Weekly, Barbara Vey brings readers and writers together with her popular Beyond Her Book blog. From her entertaining “Drive By Videos” to reader feedback on books with WW Ladies Book Club, BHB continues to grow into a must read daily adventure. An avid reader, Barbara consumed a book a day before taking on the glamorous life of a roving reporter.

Traveling all over the United States to conferences from Romance to Thrillers, Mysteries to Horror, Historicals to Comic Con, Barbara has even broken through the barrier into the entertainment industry by covering Red Carpet Events and interviewing the likes of Richard Dean Anderson, Joshua Jackson, Joss Whedon, Dakota Fanning and others. But her love of Romance and the Happily Ever After keeps her grounded while she offers readers a place to step away from life’s daily trials to take a positive journey through the world of books.  She is the 2012 Recipient of the RWA Vivian Stephens Industry Award.