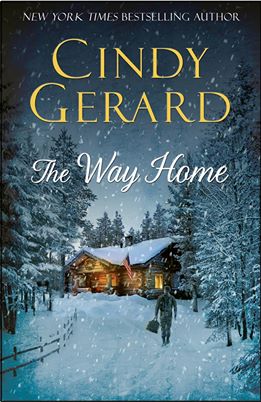 I once heard a ‘romance’ cynic say that romance novels were silly little books written for silly little women. Clearly, that person had never read one – like this former marine who DID read one of my books and wrote to me about it. He was in Iraq at the time. He’d done 2 previous tours of duty (also in Iraq) with the Marines and came home pretty messed up. He had drug and alcohol problems. Lost his marriage. Had pretty much given up on life. He signed up with a private contractor and returned to Iraq where, in his words, “he planned to die.”

Then he found one of my books – To The Edge – while he was there and read it. The hero of that book was a former US Army Airborne Ranger and his character was also struggling with alcohol issues and with fitting back into ‘normal’ society. This young man told me that he saw so many similarities between himself and Nolan’s character. Those similarities hit very close to home with him and he told me that reading my book gave him a reason to believe he could get his life back together and gave him hope for a future. You want to talk about a humbling experience? I’m still humbled – and happy to tell you that young man is back in the States and doing fine.

His letter is always with me and in my heart – and reminds me why romance matters.

Glenna McReynolds aka Tara Janzen. Glenna is a gifted story teller, an evocative writer and has the most unique voice you will ever encounter.

An Elvis whiskey bottle still in the box. I keep it because my dad bought one for me and one for my sister the day they came out. So it’s sentimental – and who knows, it might be worth big bucks some day LOL

Romancing The Tome – because it seems I’ve been writing romance forever. Let’s shoot for the moon: Meryl Streep

In addition to my grandchildren, I’ve been gifted with many wonderful friends, some writers some not, but all of whom make my life so much richer.

Why don’t you make this difficult? :o) I adore Gabe ‘the archangel’ Jones and Jenna McMillan from Show No Mercy. I’d also pick that book.

Cindy is generously donating  five e-book copies of When Somebody Loves You.  Three copies to U.S. readers and two copies to International readers (International readers enter here). To enter the domestic contest, either leave a comment here or enter the weekly drawing on the contest page. Or both.  (Only one entry per commenter per post, though – multiple comments on one essay does not give you more chances.)  Comment entries must be posted by 11:59pm EST Aug 12 to be eligible, though winners will be announced the following week. 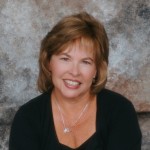 New York Times and USA Today Bestseller Cindy Gerard has over forty plus titles in print. In addition to 6 RITA nominations and 2 Rita wins, Cindy has won the Best Romantic Suspense Reviewer’s Choice award and the Pioneer Award from Romantic Times. All of her single title romantic suspense series, Black Ops Inc, has appeared on the New York Times Bestseller list. Cindy writes sexy, heart-pounding romantic suspense and has had her work twice featured in COSMOPOLITAN Magazine as Red Hot Reads. Her first hard-cover – The Way Home – comes out the end of October 2013.