The Wedding is Just the Beginning 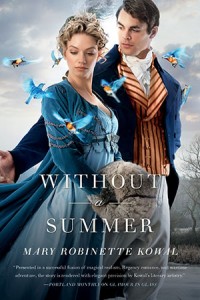 I have been married for eleven years. During that time, my husband and I continue to be romantically involved. I know that sounds like a strange thing to say, but I suspect many marriages founder on a bed of familiarity. We have made a conscious effort to be involved with each other, and to be romantic with each other.

Which is why, when I read sequels in a romantic series that drive the couple apart, in order to bring them back together, I despair a little. It’s why I write about a happily married couple, who are totally hot for each other. Romance does not end with marriage. Every time we write that, we reinforce that model for our readers.

What I love about romance is that it can provide inspiration for what true love can look like. And true love keeps going after marriage. It can be quiet or boisterous. It can show itself in backrubs by a sink full of dirty dishes, or by a pan of brownies waiting on the counter with a love letter, or by just taking out the trash when it isn’t your day for the chore.

Romance is about finding the person who completes you, right? So to me a married couple is one of the most romantic things out there.

Take my parents. They’re having their fiftieth wedding anniversary next year. They met at a ballroom dancing class and to this day, still dance together. How romantic is that? 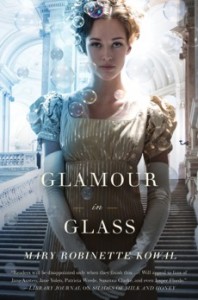 This isn’t to say that everything must be all roses and puppy dogs in a married romance. Even the best matched couple is going to have conflict, because they are two independent people. But– and this is key. They’ll talk to each other. They’ll sort things out. That, right there, is a fight worth watching. That’s a fight worth writing. The ones where one character just says, “You don’t understand!” and then huffs offstage, without trying to explain….Those don’t interest me as a reader or a writer.

One of my favorite series is Diana Rowland’s White Trash Zombies, in a large part because the characters actually talk out why the relationship isn’t working and then take steps to try to fix it. It’s a more interesting fight. It’s a more believable conflict.

I think my love for romances with married couples comes from Nick and Nora. If you haven’t read Dashiel Hammet’s The Thin Man, you might be familiar with the movie of the same name. And if you aren’t, go rent it. Now. I’ll wait. This is a married couple who solves mysteries, together, and are desperately in love with each other. (Also, their dog Asta is fantastic.) The romantic tension comes not from them fighting, but from the fact that it is clear that all they want to do is retire to the bedroom, if only they didn’t have this pesky mystery to solve.

So please. Give me more love stories that don’t end at the altar. That’s just the beginning of the romance.

The ugliest object would be my childhood toy lamb, Lassie. She was made of a brightly flowered washcloth, stuffed with pantyhose, by a friend of my mother. Over the years, the fabric wore away and was patched so many times that she looks a) quilted and b) like a mutant dog. She is sitting on my writing desk. I keep her because my name is Mary, right? Everywhere that Mary went…

Complete with Strings and Meryl Streep would play me.

There was a point in my life when I was flat broke. I’d gone to my voice lesson, which I could still do because I bartered for them by dog-sitting. My voice teacher spotted that something was wrong — the voice, you know? Total giveaway. I broke down, telling her about how a client hadn’t paid me and I was out of groceries, and let all of the sad and frustration of being a freelancer come out. She let me cry, there-there’d me, and then helped me use the lesson to put myself back together.

That night, my doorbell rang. When I went downstairs to answer it, no one was there. But there was a bag of groceries, a bottle of wine, and a gift certificate to the grocery store down the street.

Page 170 of Without a Summer starts my favorite romantic scene with Jane and Vincent. Now, you have to actually read the chapters leading up to it, for context, but it is one of my favorites because… Well, I’ve mentioned my fondness for romances with married couples, right? This is the scene in which the strength of their marriage is clearest.

Mary is generously donating two copies of Without A Summer. No international sorry. To enter the domestic contest, either leave a comment here or enter the weekly drawing on the contest page. Or both.  (Only one entry per commenter per post, though – multiple comments on one essay does not give you more chances.)  Comment entries must be posted by 11:59pm EST Aug 14 to be eligible, though winners will be announced the following week. 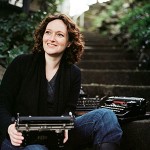 Mary Robinette Kowal is the author of Shades of Milk and Honey (Tor, 2010) and Glamour in Glass (Tor, 2012). In 2008 she received the Campbell Award for Best New Writer, and in 2011, her short story “For Want of a Nail” won the Hugo Award for Short Story. Her work has been nominated for the Hugo, Nebula and Locus awards. Her stories appear in Asimov’s, Clarkesworld, and several Year’s Best anthologies. Mary, a professional puppeteer, also performs as a voice actor, recording fiction for authors such as Elizabeth Bear, Cory Doctorow and John Scalzi. She lives in Chicago with her husband Rob and over a dozen manual typewriters. Visit www.maryrobinettekowal.com