Sharing The Hope of Happily Ever After 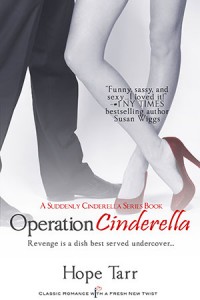 Romance matters because it embodies love—and love is the hands-down most powerful force in the Universe. By definition love isn’t stagnant. It exists through being shared.

While we may undertake the reading and writing of our beloved romance books as solitary pursuits, as a community we are far from solitary—or silent—in championing our genre and the plethora of positive messages it conveys. Love is stronger than hate; good will win out over evil; and everyone, absolutely everyone, deserves a relationship where they feel cherished and desired, respected and safe.

Small surprise that the romance community contains some of the most generous and socially conscious people I have had the privilege to meet. Brenda Novak’s annual auction on behalf of The Diabetes Research Institute, Lori Foster’s Animal Attraction benefit anthology, and The Nora Roberts Foundation in support of literacy are but a few examples of writers sharing the hope of Happily Ever After not only between the covers of their wonderful novels but in real life.

When my co-founders Leanna Renee Hieber, Maya Rodale, Ron Hogan, and I launched Lady Jane’s we did so to fill a niche. We soon saw we were sating a hunger—the hunger for Happily Ever After beginnings and fairytales come true. 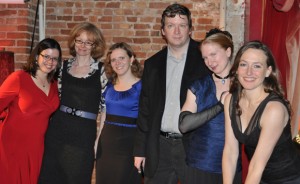 As we approach our fifth year, we’ve grown our Salon family to include satellites in six U.S. cities. Without exception, every Lady Jane’s Salon donates its net monetary proceeds to a 501c(3) charity of the organizers’ choice. Charities supported include the Shout Against the Whisper campaign against ovarian cancer; Hope House of Colorado, which provides outreach and support to teen mothers; the Juvenile Diabetes Research Foundation; and Celebrate Differences, a Chicago-area not-for-profit which supports individuals and children with disabilities.

Over the years, we’ve taken the New York Lady Jane’s on the road to romance publishing conferences across the U.S. including the annual RT BOOK Lovers Convention. In March 2013, I took Lady Jane’s even farther afield to kick off the third annual Australian Romance Readers Conference in Brisbane. ARRC 2013 was the very first Lady Jane’s Salon™ held off U.S. soil. Our guest authors Cathy Maxwell, Anna Campbell, Keri Arthur, and Amy Andrews thrilled the 100+ attendees with their diverse, funny and sometimes poignant readings. In keeping with our mission, donated books were collected in support of Youngcare, which works to provide age-appropriate housing for young Australians with full-time care needs.

Can we expect to see a Lady Jane’s Salon—Oz sometime soon? I like to think we not only can but will along with additional satellites cropping up over the U.S.

When hearts are willing and helping hands outstretched, Happily Ever After knows no bounds.

I ADORE Beatriz Williams’ OVERSEAS. Beatriz began attending Lady Jane’s before selling the manuscript and I believe the Salon was one of her first appearances as a published author.

A figurine of a gargoyle that I keep perched atop a china cabinet. Why? Gargoyles are the protectors. I think he’s cute.

“Life is Beautiful.” – Yes, I know it’s been done but mine would be a much different version. And Sandra Bullock would make a good “Hope,” I think. We’re about the same age and I admire her so much for her talent, grace, and staying power.

I’ve received so many! I would have to say any one of my cats. They’re rescues—and absolutely priceless.

As I write both historical and contemporary, I’m going to take the liberty of suggestion two: Simon Belleville and Christine Tremayne of TEMPTING (Victorian-set single-title originally published by Berkley and re-released as an e-book for Kindle) and Ross Mannon and Macie Graham of OPERATION CINDERELLA (the launch to my contemporary Suddenly Cinderella series for Entangled Publishing). Both are Cinderella stories, though very different tellings.

Hope is generously donating three copies of Operation Cinderella, trade paperback or ebook to a U.S. reader and one copy of Operation Cinderella, trade paperback or ebook to an International reader (International readers enter here). U.S. readers, to enter, either leave a comment here or enter the weekly drawing on the contest page. Or both.  (Only one entry per commenter per post, though – multiple comments on one essay does not give you more chances.)  Comment entries must be posted by 11:59pm EST Aug 15 to be eligible, though winners will be announced the following week. 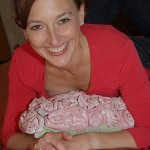