Romance Novels as a Cure for What Ails You 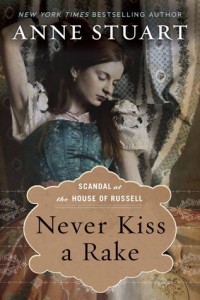 If you know anything about me at all you know that I have intermittent bouts of clinical depression. It comes from both sides of my family – one side is made up of gloomy Danes, the other are overbred academics with a tendency toward bipolar illness. Fortunately I’m not bipolar – I’m either depressed or very cheerful. You add to that the normal tendency of artists to get sunk by depression when things aren’t going well, toss in far too many untimely deaths, the upbringing from hell, and it’s lucky I’m as bouncy as I am.

Books carried me through my childhood. I was never big on straight romances – when I was young they were virginal, usually nurse books. I did love historical fiction, but they were often written by men. My drug of choice was gothic romance – the sweet young governess and the brooding master in the big house. I then discovered Georgette Heyer, and I was in heaven. It wasn’t until they started adding sex to romance, both historical and contemporary, that I really switched my allegiance. (Hey, I’m healthy).

I got through my miserable childhood with Mary Stewart and Dorothy Eden and Phyllis A. Whitney. I got through seven years of infertility with rereads of beloved favorites (about the only comfort after a miscarriage is to curl up in bed on a Sunday afternoon with Georgette Heyer). I got through the deaths in my family, the lingering effect of my upbringing, by writing my own dark books.

A great romance gives you a place to go, a safe, transporting place to live out your fantasies, to have great sex, to fall in love with a terrifyingly beautiful man who happens to adore you. It gives you the promise of a satisfying ending (everything doesn’t have to be perfect, but you need to know that the protagonists will be together and be able to face things), it gives you hope when things seem hopeless.

I believe a great book can cure cancer – disappearing into its pages can fill you with endorphins and scare away all the bad stuff. If you didn’t have romance books to turn to, what kind of hope is there? 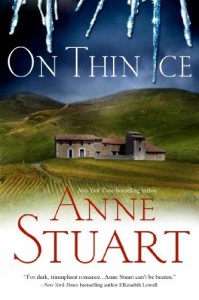 I was driving back to Vermont this spring after visiting Jenny Crusie, and I was very depressed. I was coming up on the first anniversary of my mother’s death, my children seemed to be in crisis, we had no money, I was feeling like a total failure. I couldn’t think of anything that brought me joy, and I drove the long hours north alternately sobbing and lecturing myself. And then I put an audio book on – one of Sherry Thomas’s historicals – and the tears stopped. Suddenly I was safe again, in the place I knew would never let me down, never abandon me.

People call romance novels a guilty pleasure, soft-core porn, trashy romance novels. They always ask me if I’m still churning them out, totally unaware of how offensive they’re being. It doesn’t matter. These are books written mostly by women, for women, books that we all instinctively understand and respond to emotionally. We don’t care what the mainstream literary establishment says. We know we’re writing books of value, and we honor what we do even if no one else does. There are the beloved classics – Laura Kinsale, Sharon and Tom Curtis, Mary Stewart, Georgette Heyer. There are also some newer writers who write books so good I never want them to end, like Meredith Duran, Sherry Thomas, Lisa Kleypas, Jeaniene Frost … I could go on forever. And that doesn’t even begin to cover the sheer pleasure of audio books and the added depth a great reader can bring.

Romance novels remind me of a quote from Auntie Mame – the world is a banquet and most poor suckers are starving to death.

As long as there are romance novels it means that’s there’s always a safe place to go to, no matter how tough reality is. There’s always an afternoon or evening that can belong just to us, and no amount of criticism or demands can take away from them.

I may be lucky enough never to have had cancer, but they’ve sure saved my life a number of times. They can save yours too. 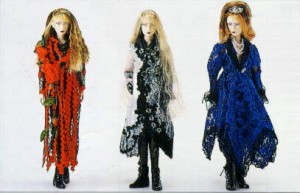 Craziest — might be the Japanese Barbie doll figurine of Yoshiki, a male Japanese rock god.  He has hair to his hips, ruffles and satin and tons of makeup, and I pair him with his Japanese Barbie counterparts.  And make clothes for them.  Pretty nuts.

What Fresh Hell is This?  (quote from Dorothy Parker) …  I’d be played by Queen Latifah

My children.  (I’m pretty fond of my iPod Classic as well).

My books are pretty intense, so my best, NIGHTFALL, might be a bit much for a first time reader (though I think Richard and Cass are divine).  I’d probably recommend Chloe and Bastien in Black Ice, and NEVER KISS A RAKE for historical (it’s less violent).

Anne Stuart is a grandmaster of the genre, winner of Romance Writers of America’s prestigious Lifetime Achievement Award, survivor of more than thirty-five years in the romance business, and still just keeps getting better. You can find her online at anne-stuart.com

When she’s not traveling, she’s at home in Northern Vermont with her luscious husband of thirty-eight years, an empty nest, two cats, four sewing machines, and when she’s not working she’s watching movies, listening to audio books, acting in musicals, and spending far too much time quilting.