Patricia McLinn was one of my first writer friends and a lovely mentor. She was also the first romance writer I ever heard defend romance in a way that truly resonated with me. Until then, I kinda wanted to write a romance novel. I definitely loved reading romance novels. But, you know, I didn’t really want anyone I knew to know either of those things. (I was a Georgetown grad. An intellectual. I read literary books. Etc.) So then Patricia McLinn got up at a workshop and defended the genre. She was a Washington Post editor at the time, so in my intellectual mind, she had automatic credibility. If you’ve been following R-A-R M, you’ve seen a few similar messages to what she shared that day: “I received a letter from a woman who told me that she reads romances every single day, and she honestly believes they have saved her life. She works too hard, is unhappy in her marriage but can’t get out, and romance novels give her the kind of joy that keeps her going.” That was the day a little lightbulb went off in my head, so in a way you can thank Pat for R-A-R M. ;o) These books are entertainment. But for more people than we know, they are lifelines. That’s what Pat McLinn taught me a few years ago. And it’s a lesson I have never forgotten. That’s why I advocate for romance novels.  — Bobbi Dumas 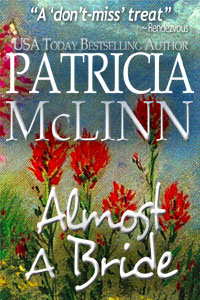 Romance readers and writers are accustomed to the cliché of critics deriding romance novels for having Happily Ever After endings. That strikes me as strange on many levels.

For starters, I’ve never understood the belief that unhappiness is real and happiness isn’t.

A high school English teacher assigned us to each write a poem about the life story of someone we knew — our class’s version of the Spoon River Anthology. I wrote the story of someone who’d had a good life. The teacher was outraged because “It wasn’t realistic” and threatened a poor grade. I said it was based on my mother’s life, and was factual. Teacher-parent-principal conference ensued. Mom confirmed my statement. Teacher still maintained it was not realistic. Mom getting irate. Mom triumphed … I wanted to write another verse about that. Mom vetoed that literary endeavor.

But even putting aside the question of whether happy endings are realistic, romance novels aren’t about endings at all – they’re about beginnings. 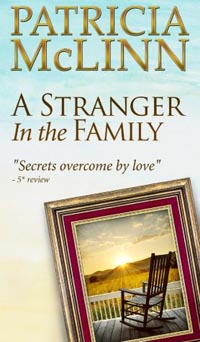 Just as in life, change has to come from within. It’s the characters’ actions and reactions over the course of the story that change them into people who, by the end, are capable of loving someone in a way that could make a committed relationship work.

In the second-to-last scene of my RITA finalist book Hoops, English professor Carolyn Trent believes that the man she’s come to love, basketball coach C.J. Draper, is following his ambitions on a career path that will separate them. Not such a happily ever after ending, eh? So, has she collapsed into a puddle of despair? Nope. Instead, she’s recognizing that in the journey she’s taken over the course of the book she has changed herself into a different person:

She’d built walls around herself made up of all the things a professor should be so that she’d be loved and accepted—but the love and acceptance had been there all the time.
It had taken a basketball team to knock enough holes in the walls to let some air in. And it had taken one special basketball coach to knock the walls down.

If only she’d been able to help C.J. find the same freedom.

At this moment she thinks she and C.J. are done. Yet she also recognizes that she’s learned life lessons that will help her live a better life.

Even if something unthinkably horrible happened (planes, trains, automobiles, disease, hurricanes, tornados, floods, fires, mountain-climbing falls, or any of the other ways I’ve disposed of and/or threatened characters, minor and major) and Carolyn and C.J. – or the hero and heroine of the book you just finished reading – did not get their chance to be together, I know that the survivor would be better equipped to find love as they moved forward.

By the end of a romance, the struggles, the joys, the self-discoveries in the story bring the characters to the beginning of a better life than they had before. It’s brought them not to an end, but to their beginning…

No Straight Lines, starring Rosalind Russell in her prime.

This is hard. There are so many. Because I’m looking at it right now, I’ll select a solid cherry bookcase that my dad made for me to my specifications and with my mom’s design consultation. It’s beautiful, my dad made it for me, and it holds books. That’s hard to beat.

Either a scene early in Almost a Bride of Matty and Dave’s rapid-fire negotiations of terms for their marriage of convenience. Or a scene in Match Made in Wyoming when tough-guy hero Cal Ruskoff squares off with a rescue puppy called Sin. Guess who wins. 😉 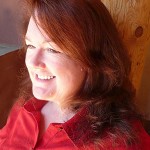 USA Today bestselling author Patricia McLinn’s 30-plus novels are cited by reviewers for warmth, wit, and vivid characterization. They have won numerous regional and national awards. In addition to her romance and women’s fiction books, Patricia is the author of the “Caught Dead in Wyoming” mystery series, which adds touches of humor and romance to figuring out whodunit.

Patricia received BA and MSJ degrees from Northwestern University. Her journalism career included being a sports writer, assistant sports editor, and — for 20-plus years — an editor at the Washington Post. She has spoken about writing from Honolulu to Washington, D.C., including being a guest-speaker at the Smithsonian Institute.

She loves to hear from readers through her website, Facebook, and Twitter. Patricia is now living in Northern Kentucky, and writing full-time … except for when she’s playing on social media and laughing at the antics of her rescue collie, Kalli..