What’s in a Name?

Its read-a-romance month and so many fabulous authors are pitching in to tell you why Romance Matters. They’ve all given such wonderful views on the topic, I worried that I wouldn’t have anything to say. I decided I could say that Romance matters to the economy, given that 63% of all the mass-market paperbacks sold are Romances. Just so you know, that number didn’t dip during the recession, it grew. (Those percentages are beyond amazing – and it’s all because of Romance! Huzzah to the recovering economy! Go Romance Readers!) 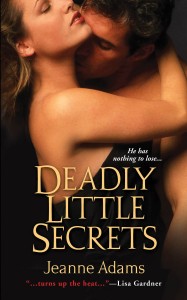 I could say that Romance matters because stories that empower make us better people, better friends, better spouses, better parents. And Romance, above all genres, empowers. But others have said that and said it better. Going back to those statistics, I could say that Romance matters because it outsells the next four fiction genres combined – but that’s just a number. It’s just one of those pie-charts that shows that books like the ones I write – like those Sylvia Day, Dee Davis, Tracy Garrett and any of my Romance Bandits pals write – well, those books SELL. (Speaking of the Romance Bandits, check us out at www.RomanceBandits.com)

The naysayers to all this will smile with condescending glee and say, “Oh, yes, women buy those books, don’t they?” How many times have you heard the books we love called “Trashy”? That’s when I grit my teeth till I worry they’ll break, and smile, and move on. Anyone who thinks books of any kind are trashy isn’t worth my time, and anyone who’d think women-as-readers are silly, isn’t either.

I did have a battle with my father, however. Him, I won over.

“It’s about love, yes, and has a happy ending, but in the first one, for instance, the hero is escaping from an abusive, criminal ex-con, who wants to kill her and take her child. It involves being clever enough to escape, telling the truth, finding justice and doing whatever it takes to protect the innocent. How is that not serious? That could be the brief synopsis for the Illiad or the Odyssey, if you want to go to points.”

It took him a few minutes and he conceded, educated Librarian that he was, that I had a point. He still had to add, “But you know, it isn’t literature, honey.”

I conceded that Deadly Little Secrets, the last book out before he died, wasn’t meant to be a timeless, uber-meaningful story for the ages (which I find bore me to tears, by the way); it was meant to entertain, to encourage and yes, to empower. However, I had to push the point. “Do you consider Shakespeare to be literature?” I asked, and he agreed that the Bard’s works were the paragon of literary achievement.

Ta-da! I had him! I smiled and said, “You know, Dad, Shakespeare wrote romance.”

So, there you have it. Statistics or the Bard, you choose. Or read some of the wonderful, thoughtful posts by my fellow authors. I laughed out loud, and nearly spewed tea on my keyboard, when I read Christina Dodd’s post on the 8th of August. The bit about the submarine captain? Priceless. And what Linda Francis Lee said on August 5th? She said, “Romance novels taught me that doormats never win.”

THAT is why I read Romance, and that is why the genre matters to me personally. I’ve learned a lot of great history reading romance, and I’ve learned a lot of fascinating things, but more than anything else, I learned that women who stand up for themselves, who go for it, who risk, get the best things in life. So go read a romance, boost yourself AND the economy and go for the best things in life! 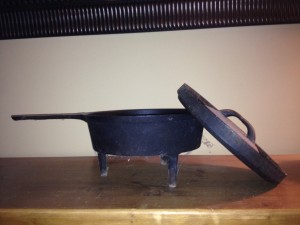 The craziest object in my house is a gourd. It’s big, bigger than a basketball, and is totally cool. It does nothing. It just is, for it’s own sake. My parents had it, and now I have it. The other crazy thing is a three-legged cast iron pot.

The Testosterone Zone (I have sons and a husband and three dogs. So mayhem, madness, sports, Legos and general chaos is my life, but it’s fun!) and I think I’d like Piper Perabo to play me. Poor woman.

On the personal-psyche portion of things, the best gift I received is confidence, the kind that comes from knowing your family totally loves you for who you are. On a gift-gift scale, my first Dalmatian was one of the best gifts to ever come into my life.

If you had to pick one romantic scene or couple to recommend to a first-time reader of YOUR books, which would it be? (Any picks for romance novels in general?

Oh! I love the scene in Deadly Little Secrets when Ana and Gates sneak off into a security room and have a romantic interlude. It is among my favorites. As for romance novels in general…the scene in Anna Campbell’s Untouched, where Matthew and Grace come together, willingly, knowingly for the first time? OMGosh!! 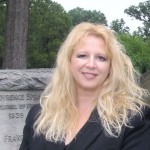 Jeanne Adams writes thrilling romantic suspense for Kensington’s Zebra line, as well as independently. Her newest book, Deadly Charms will be out in Fall 2013, and you can look forward to a new line of paranormal romantic suspense from her in 2014. She helped create the Nora Roberts Writing Institute at Hagerstown Community College this August; served on the Board of Directors for Romance Writers of America for two terms; was featured in Cosmopolitan Magazine’s Red Hot Reads; and has won numerous awards for her work. Jeanne lives in DC with her sports-mad husband and sons, as well as a number of large boisterous dogs – sometimes three, sometimes more if she’s taken on another rescue dog.  Find Jeanne online at www.jeanneadams.com