A Variety of Fantasies 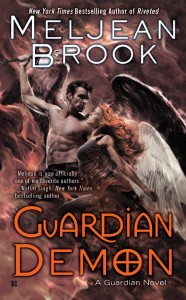 A few months ago, my husband read part of his first genre romance. It wasn’t a book that I’d written, but one that I’d bought on sale and that had popped up on his Kindle. It featured a threesome on the cover, and he told me that he read the first few pages just out of curiosity. He wasn’t impressed with the writing or the book so he skipped to the end … then said he was completely astounded, because there was a scene in which the two men were in a sex scene together without the female. And he asked me, “This is really something that women like to read? Why?”

And I laughed and told him, “Oh, honey. You have so much to learn.”

This isn’t a blog post about converting my husband to romance. Everyone has their tastes and their preferences, and that’s fine. But when I think about why romance matters, I think back to my husband’s question – and of the many, many reasons that romance matters, that moment illustrates an important one: it offers women a place to articulate their fantasies.

Women haven’t always had that. Men have. Male fantasies are out there in the open. We know them, and are often pressured to conform to those fantasies – in both our behavior and our looks. We aren’t surprised when we hear that a man likes a sex scene between two women. Obviously, not every male fantasy is the same and some men have been marginalized just as women have. But stories have included those male fantasies in many, many forms over the years. Women’s fantasies…not so much. 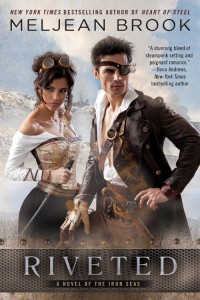 It’s unfortunate and damaging that the fantasy of romance is so often reduced down to: a woman needs a man to be happy. Romances are so much more than that – and the rise of m/m romances, which don’t even include a woman in the happy-ever-after but offer the same satisfaction to the reader should put paid to that notion a little. Finding a partner to love – that is a fantasy that some women who read romances have. Not all. Being with someone who routinely gives mind-blowing orgasms? That’s a great fantasy to have. Not all readers of romance share that fantasy or care much about it, but it’s there. Being cherished and loved unconditionally? That’s there, if a reader wants it. Some do, some don’t. Children and white picket fences? Some romances have them and some focus on slaying demons and beheading vampires. Some have beheaded vampires and had kids.

For a genre that’s often reduced down to one fantasy – finding a man – it contains a multitude of others. And not every fantasy works for every woman. Romance includes such an enormous variety of fantasies that I can’t imagine anyone familiar with the genre being surprised by just how different and how expansive women’s desires are – not just sexual, but emotional and intellectual.

And yes, that matters.

(Wonder which book it was? The Rule of Three by Kelly Jamieson – an emotional and sexy story, which I think many romance readers will enjoy much more than my husband did.)

The ugliest object in my house is my cat’s furry behind. That thing produces unimaginable horrors weekly – and sometimes daily, when I’m really unlucky. Why do I keep the kitty? I ask myself this question constantly. Maybe because she’s purr-y and plump and snuggles up really well, and because my daughter loves her. I definitely don’t keep her because I like cleaning up all the horrid stuff that comes out of her. At least her face is cute. So is her little meow.

A movie about me would probably be called “Dork For Hire.” It would be about an awkward girl with geeky tendencies who managed to convince everyone that she had a brain in her head. But really, she’s just doing all of the dorky dumb things that make her happy – and miraculously making a living out of it.

I’d be played by Christina Hendricks, of course. Because she has red hair, and I’m just as curvy (except not in the same places.)

A paperback copy of THE LAST UNICORN. My dad knew that I loved the movie, and when he came across the book at a thrift store, he picked it up for me. It was used, slightly tattered, and a million times better than the movie. I loved every single page. And still do.

Oh, this is a hard one! I’d probably choose David and Annika from RIVETED. They aren’t representative of the couples in my books – every one of those is different – but they are both good, decent people who are trying to fix past mistakes and keep promises as best they can. Their relationship is a sweet one (but definitely has its hot moments, too!) and the way they fight to be together culminates in one of the most romantic and heartbreaking scenes I’ve ever written.

You are reading this essay at ReadARomanceMonth.com. Be sure to visit the About Read-A-Romance Month to learn more, or the Authors & Contributors page to see a list of all the great romance and women’s fiction writers who are participating in celebrating the romance genre during the month of August.  Also visit the Awesome Contests page to see how you can register each week to win “A Month of Romance” (31 books), e-readers, and even the Grand Central Grand Prize, an iPad mini. If you love romance, then this is the place to be! 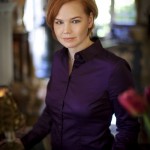