Escapist Fiction? You Say That Like It’s A Bad Thing 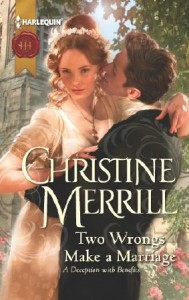 I was in Atlanta, at the time, at the Romance Writers of America annual conference. This, of itself, is tragic, not strange. Iit will seem stranger when I tell you that I knew he was dying, I left anyway, and left him in hospice, and my soon to be widowed mother in assisted living. I greeted his death with dry eyes, an embarrassing tendency to blurt the news out to people who greeted me with the usual, “How have you been?”

This left the priest to do a eulogy. He asked me, among other things, what my best memory of my Mom and Dad together was. To which I replied, “…. Uh… Well… There was that time when…No. That didn’t end well…”

He let me skip that one.

Now, some of you are wondering if I’m a stone cold bitch. Others are suspecting the usual, physical abuse, sexual abuse, alcoholism scenarios. All possible. All tragic. And yet, not my story.

How to describe my parents? They went together like cigarettes and lung cancer. Or maybe Gomez and Morticia, only without all the sex. More exactly, they went together like undiagnosed mental illness and extreme co-dependency. And they stayed together for sixty three years. Everyone who’s seen them in recent years tells me they are/were an adorable old couple. My husband, my two sons and I try not to laugh. Each holiday with them was like a cruise on the Titanic. To us, the ‘cute couple’ routine was a cue to start heading for the lifeboat before something went horribly wrong.

A marriage is like a house. There are ranch houses and bungalows, and big cold McMansions. There is the split level with the one bathroom for six kids that architect Mike Brady built: perfect for situation comedy.

And then there was The Winchester Mystery House that was my parent’s marriage. They kept building on it long after sane people would have given up and torn it down. It was a maze of secret rooms, dead end corridors, stairs leading nowhere and dangerous doors in second floor exterior walls. I was the only child in the funhouse: a little girl who wandered away from the tour sometime in grade school and got horribly lost.

When I was eighteen, I found my way to the gift shop and left for college. 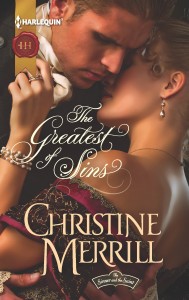 The fact that I ended up writing escapist fiction is not a surprise. Creating your own fictional worlds comes much easier when you actually had something to escape from. But why choose romance? I had no experience with it: no good role models to base my characters on. I’d never read them as a girl, or even a teenager. They had S E X. And if my parents could agree on nothing else, it was that books like that were not appropriate.

I knew nothing about romance. But I knew I liked it. Movies needed happy endings. Books of any genre were not keepers unless I had some thin hope that two of the characters might, just maybe, fall in love and stay together. I could build whole stories out of a line or two of innuendo, reading them over and over again, sighing over nothing.

I could write a romance. How hard could it be? I was married, with two kids to prove that I’d figured out the mechanics. And there was supposed to be a formula, wasn’t there? A magic pattern that led to two people being together forever, until death. I just had to follow it and I could be a best seller. And maybe in the process, I could understand my own life, or at least my parent’s marriage, which continues to defy all explanation, even now that Dad has gone.

But it turns out, a love story is less a formula than it is a puzzle. It seems simple at first. The frame is built: the ending is happy, the goals are clear. But the box has no picture. If we could see what was coming, in a lifetime with one person, we might not start, much less finish. And yet, we keep putting the pieces together, pulling them apart, turning them, trying again, praying for a miracle.

I have a hand painted Troll doll given to me by an instructor I helped while I was a librarian in a tech school. It is definitely ‘artistic’ with drawn on eye makeup, and body paint that looks like a face. The face on the belly has eyes about on nipple level (assuming trolls are mammals) and the chin is near the crotch, ending in what is either a goatee or troll pubic hair. The doll itself has a drawn-on smile with wide red lips and a lot of white teeth. It is holding a flag that says “I love you”.

I have not thrown it away because when I was a kid I saw a movie with Karen Black being chased around by an evil doll with a lot of teeth. Anyone else who saw this movie knows exactly what I mean. The troll on my desk reminds me of that doll.

I am afraid of it, even if it claims to love me. I keep it because I am not totally sure that, if I try to get rid of it, it won’t just come back on its own.

Can I say cats? Two out of three of the ones we had were dumped in the country near my house, and have been an endless source of entertainment. And this is not saying that I want anymore gifts dumped in my yard. Please, people, take care of your own pets. I have been gifted enough.

From my books, I would suggest Jack and Cyn from Two Wrongs Make a Marriage. I love all my books, but I have a real weakness for this one, which is a Regency set, caper story with a con man and an impoverished heiress. For books in general, Duke of Shadowsby Meredith Duran and Dinah of Senecaby Corinna Lawson.

Chris is generously donating one copy of THE GREATEST OF SINS and one copy of  TWO WRONGS MAKE A MARRIAGE to U.S. readers and a copy of THE GREATEST SINS to an International reader (International readers enter here). U.S. readers, to enter, either leave a comment here or enter the weekly drawing on the contest page. Or both.  (Only one entry per commenter per post, though – multiple comments on one essay does not give you more chances.)  Comment entries must be posted by 11:59pm EST Aug 18 to be eligible, though winners will be announced the following week. 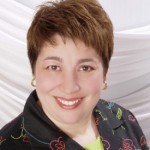 Golden heart winner, Christine Merrill has written thirteen historical novels and an assortment of stories and novellas for Harlequin Mills and Boon, and has self published two contemporaries. She is also the only author of Regency set historicals ever to fail a college English class covering Jane Austen. If pressed, she will insist that the F had more to do with her feelings on Tristram Shandy than Northanger Abbey. After she graduated with a degree in English and theater education, and could go back to reading for fun, she discovered Pride and Prejudice and learned the error of her ways.

She lives in rural Wisconsin about ten minutes outside of pizza delivery range with her high school sweetheart. They have two sons, a labradoodle, and two cats with active social lives. She talks frequently about getting “just a few sheep or maybe a llama.” Everyone breathes a sigh of relief when she stops.

When not writing, Chris can be found at the movies, halfway back and towards the center, with a large buttered popcorn (but only if the film has a happy ending). Her next book The Fall of a Saint will be out in March of 2014. Visit her on the web at christine-merrill.com.