To begin with, romance is fun. 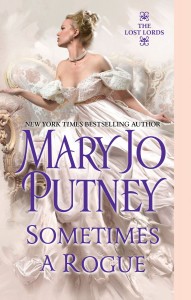 In our high stress modern world, fun is a valuable commodity. It’s delightful to read about over the top characters, adventures, passion, lasting love, and happy endings. A woman with a way-too-busy life can sit in the middle of the family room with a food fight going on around her and escape to a world of romance to recharge her batteries.

It’s about the glass half full, not the glass half empty. Romance protagonists are people who may have been badly damaged bycircumstances, but who rebuild their lives and becoming stronger in the mended places. Romantic heroes and heroines are the kind of people we’d like to be on our best days. Plus, they can offer practical guidance as well as escape in areas such as communication, honesty, and respect.

With the safety net of the happy ending, authors can deal with subjects like addiction, family problems, physical disabilities, mental issues, even death and dying. (And I’ve done all of those!) The fact that romance is fun doesn’t mean it can’t tackle real world problems.

As a kid, I read everything, including masses of science fiction, mystery, and historical novels. No matter what the genre, I always liked a book better if there was a romance and a happy ending. I loved the romantic suspense of Mary Stewart and the amazing Lymond Chronicles historicals of Dorothy Dunnett, but my true gateway drug for the romance genre was Georgette Heyer. I loved the historical settings, the wit, the language, and the relationships. Heyer had a keen eye for the absurd and for social interactions, and her books reward numerous rereadings.

So it wasn’t surprising that when I bought a computer and discovered the magic of word processing, (“When you fix something, it stays fixed!”) my first attempt at a novel was a Regency that owed all too much to Heyer. But The Diabolical Baron quickly found an editor, and I was off. 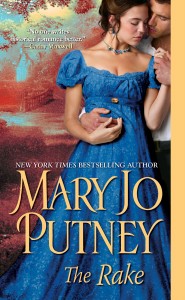 Twenty seven years later, I’m still writing romances, and immensely grateful to be part of the community of romance readers and writers.

I just read a new historical romance by Maggie Robinson. In the Arms of the Heiress is the first of her Ladies Unlaced series, and it has a fresh new setting: England in 1903. The heiress of the title, Louisa Stratton, adores motor cars and drives one, very badly. After a year kicking up her heels on the Continent with her maid and friend, Kathleen, she feels compelled to return to England for Christmas with her hypercritical family. Having invented a perfect husband to stop their nagging, she hires Charles Cooper, a down on his luck former Boer War veteran who is far from perfect, but who turns out to be perfect for her. Smart, funny, sexy, and with fresh, engaging characters, the book left me looking forward to the next in the series, In the Heart of the Highlander, coming from Berkley in October.

An author who is primarily e-book original these days is my friend Patricia Rice. Though she’s had a long and successful career in traditional publishing, she is now delighting in the possibilities of e-publishing. Besides making her backlist available, she is publishing e-book originals to continue some of her popular series, and is also venturing into new territory, as with her charming mystery-ish contemporary novel, Evil Genius.

I don’t know about ugly objects—familiarity is a pleasant patina for even the least aesthetic objects. But craziest? That would be the Mayhem Consultant’s cat, Reggie the Rascal, or sometimes Reggie the Rotten. Small, energetic, and not very bright, he harasses the older, staider cats, barfs up dry food largely unprocessed, and does his best to hurl himself outside into the wide, dangerous world. Occasionally he succeeds, leaving me anxious about his potential lifespan. So far, he’s always reappeared within a day or two, jaunty and unremorseful. Why do I keep him? Well, he’s entertaining, purrs like an outboard motor, and most important—he’s family. 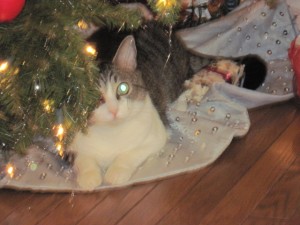 The title? It Never Hurts to Ask. Who to play me? Well, Diana Rigg is tall, gorgeous, and British, which limits the resemblance, but her wit and intelligence are traits I aspire to!

My mother lived in China as a girl, and she often told us stories about the country when we were little. She had a collection of beautiful Chinese objects that her own mother had bought when the family lived in Peking: embroidered robes, jewelry, delicately engraved brasses, and they’d been left to my mother. When I finished college and went off into the world, flying to the opposite coast to find a job and start my adult life, she gave me a carved white jade medallion. I have it still—a connection to my mother and the far-traveling grandmother I never knew. I inherited the love of travel, too!

Probably I’d choose Reginald Davenport and Alys Weston, protagonists of my novel The Rake. Reggie was an alcoholic, Alys the strong, unconventional steward who managed the estate Reggie inherited. Their complicated developing relationship transforms them both. (And yes, Reggie Davenport was the namesake of Reggie the Rascal. We’ve wondered if he would have been a more peaceful puss if he’d been named after one of my better behaved heroes….)

Mary Jo is generously donating one copy of SOMETIMES A ROGUE to U.S. reader and one copy of SOMETIMES A ROGUE to an International reader (International readers enter here). U.S. readers, to enter, either leave a comment here or enter the weekly drawing on the contest page. Or both.  (Only one entry per commenter per post, though – multiple comments on one essay does not give you more chances.)  Comment entries must be posted by 11:59pm EST Aug 18 to be eligible, though winners will be announced the following week. 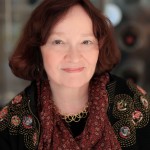 A New York Times bestselling author, Mary Jo Putney was born in Upstate New York with a reading addiction, a condition with no known cure. Her entire writing career is an accidental byproduct of buying a computer for other purposes. Most of her books contain history, romance, and cats. Her current Lost Lords series include No Longer a Gentleman, May 2012, and Sometimes a Rogue, September 2013. October sees the release of the mass market edition of Mischief and Mistletoe, a Christmas anthology by the eight authors of the Word Wenches blog, and also an e-book Christmas novella anthology called Christmas Roses. She has had ten RWA RITA nominations, two RITA wins, and in 2013 is the recipient of the Nora Roberts Lifetime Achievement Award.