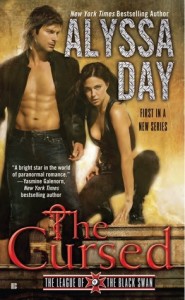 I read romance because it’s about courage. It takes a lot of courage to fall in love in this world filled with crap like “Carlos Danger,” and “he’s just not that into you, because he’s a loser who can’t commit,” and “pick any marriage you know that’s falling apart and insert here.” Falling in love means you put your heart out there – right out there—to potentially get stomped on, and really, who needs it, because there’s probably a new episode of Breaking Bad on, and if you thought YOU had problems, hey, Walter White’s family is in a WAY worse situation, but you know it’s fiction so you don’t feel like a bad person when you grab the popcorn and settle in to watch, and you don’t even have to get dressed UP, or wear MAKEUP, you can watch in your old t-shirt and your stretchy pants . . .

Okay, back to falling in love and courage. We’ve all been up and down and up and down and up and down that road before, and sometimes it’s hard to brush off our wounded hearts and our broken courage to put ourselves out there one more time. But when we do—well, sometimes magic happens. Not the kind of magic that happens between a wizard and a half-Fae, half-demon princess, like in my book THE CURSED, although that’s pretty fun, too, but the ordinary kind of magic—the extraordinary kind of magic–that comes from two people finding each other and realizing that they’re better together than they ever would have been apart.

That they genuinely love exploring life and the world together. Or adopting rescue dogs together. Or laughing and loving and fighting and making up and discovering that it takes courage to face every little bit of life, but that sometimes it helps a lot to have someone there to lean on. To share their courage; to lend you a little or a lot and then turn around the next week and have you do the same for them. And to believe, always and always and always, in happily ever after.

That’s pretty damn brave all by itself.

Questions for the Alyssa:

A miniature Sumo wrestler figurine my husband gave me. We have an ongoing bet over who can bring home the ugliest, tackiest gift (must be a miniature, so the stuff doesn’t take over our house) from a trip and Navy Guy totally won with this one. I’m plotting revenge…

It would be called “Roller Skates on My Furniture” because I’ve lived in so many different places as an Air Force brat and a Navy wife. And I would want Melissa McCarthy to play me, because humor is my best and favorite resort when things are crazy, and she is the funniest actress working today.

A cheetah in shining armor my son had made especially for me after I rescued him from the hell of a mosquito-infested swamp where his deranged Scout leader had taken the troop camping. It took two entire tubes of Cortisone cream and a box of Benadryl to get him past that nightmare…

Ven and Erin from ATLANTIS AWAKENING, from my Warriors of Poseidon novels. He is one of the funniest characters I’ve ever written—a warrior who loves cheesy horror movies like THE BLOB—and she is a very powerful witch who doesn’t put up with any of his alpha over-protectiveness. They were so much fun to write.

As for favorite romance novel couples, I have far too many to name, but recently I’ve really loved Michael and Silence in SCANDALOUS DESIRES by Elizabeth Hoyt. It is absolutely impossible for these two to fall in love, until they do.

Alyssa is generously donating three copies of  THE CURSED to give away (two U.S. only, and one for international readers  (International readers enter here).  U.S. readers, to enter, either leave a comment here or enter the weekly drawing on the contest page. Or both.  (Only one entry per commenter per post, though – multiple comments on one essay does not give you more chances.)  Comment entries must be posted by 11:59pm EST Aug 19 to be eligible, though winners will be announced the following week. 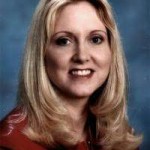 Alyssa Day is the pen name (and dark and tortured alter ego) of RITA award-winning Alesia Holliday. As Alyssa, she writes the New York Times and USA Today best-selling Warriors of Poseidon and League of the Black Swan series.   As Alesia, she writes comedies that make readers snort things out of their noses, and is the author of the award-winning memoir about military families during war-time deployments: EMAIL TO THE FRONT.  As Lucy Connors, she writes gritty contemporary novels for teens; the first, THE LONESOME YOUNG, will be out in April, 2014. She’s a diehard Buckeye who graduated summa cum laude from Capital University Law School and practiced as a trial lawyer in multi-million dollar litigation for several years before coming to her senses and letting the voices in her head loose on paper. She lives somewhere near an ocean with her Navy Guy husband, two kids, and any number of rescue dogs.  Please visit her at www.AlyssaDay.com.