I might as well jump right in with the embarrassing part: I don’t exactly know what kind of books I write. 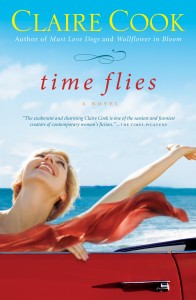 Here’s how it happened: By the time I finally broke through the fear and procrastination and managed to write my first novel, in my minivan in the parking lot outside my daughter’s swim practice no less, I was almost 45. I didn’t really think about genre or category—I just wrote the book that was in my heart. It sold, my next books went to auction, and at 50, I walked the red carpet at the Hollywood premiere of the Warner Bros. adaptation of MUST LOVE DOGS starring Diane Lane and John Cusack. I got completely swept up in that magical experience, and then I rolled up my sleeves and kept writing.

Eventually I casually asked one of my editors how she would classify my books, and she said “upmarket contemporary fiction.” No offense to my former editor, but that sounded way too snobby to me, so when asked I’d dodge the question and keep writing.

Then chicklit was hot, before it was not. When I’d see my novels lumped in, the truth was I felt henlit might be more appropriate given my late-blooming career, but I was too busy writing the next one to give it much thought.

Women’s fiction became a category and suddenly my books were in it. On the one hand, it seemed more age-appropriate, but it also kind of made me itch. I mean, really. Women’s fiction? Like there’s only one kind of woman? One kind of book she writes?

Then I was invited to speak to a big group of romance writers. They were awesome! Feisty. Friendly. Teal streaks in gray hair. Kickass business sense. Names like Raven, Seressia, Delaney, Daisy. (Okay, more embarrassment: I was in my car driving home before I considered the possibility of pseudonyms.) 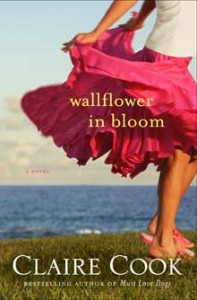 Of course, I’d read romance before. At least I was pretty sure I had. I don’t think you can be a writer unless you’re an avid, joyful reader, so I’ve always read widely and voraciously, but again, I was category-blind. The cover called out to me, or the title, or somebody told me it was a must-read, or I met the author, virtually or in person, and liked her.

But this time it hit me. Isn’t there a romance at the heart of each of my ten novels? My heroines are all looking for their next chapters, each reinventing herself in some way, and isn’t that also part of a true journey of the heart? And they’re optimistic, those novels of mine, with underlying messages of “it’s never too late” and “midlife rocks.” And they’re fun. I’m pretty sure you get romance points for fun, right?

My name is Claire and I just might be a romance writer after all. And if I’m not, break it to me gently. Because I totally want to hang out with you all.

Recommendations: I just got a lovely email from a debut author named Jessica Topper, whose LOUDER THAN LOVE will be published by Penguin in September. She took the time to tell me that the tarantula-in-the-restroom scene in in my SEVEN YEAR SWITCH and the Sumo wrestling suit kiss in my SUMMER BLOWOUT both made her laugh until she cried. I just so happened to be having a really tough writing day when her email came in, and her kind words lifted me up and made me remember that I can do this. So, thanks, Jessica, and I wish you much joy and success with LOUDER THAN LOVE. 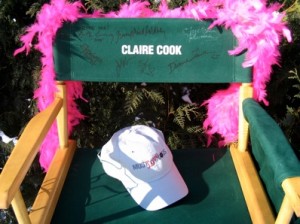 I have a director’s chair with my name on it that’s signed by the actors in MUST LOVE DOGS—John Cusack, Dermot Mulroney (who wrote “Write On!”), Diane Lane, Elizabeth Perkins, Christopher Plummer, Stockard Channing. What’s crazy about it is that when a movie wraps, you’re only supposed to get the canvas backrest part with the movie title on one side and your name on the other—it slides right off. But I was so dorkily excited when they surprised me with my own chair that they decided I could keep the whole thing. I wouldn’t let them ship it in case they forgot, so I clunked along through LAX dragging this massive, heavy, folded chair, and the flight attendants actually let me take it on the plane with me!

NEVER TOO LATE starring Meryl Streep. Not that she looks anything like me, but she’d find a way.

My husband and kids. I know, aww, but it’s true.

Maybe the scene in TIME FLIES when Melanie, in preparation for a road trip to her high school reunion, plays spin-the-bottle with scanned high school photos of her former classmates taped to the business ends of a mop and two brooms. Okay, so maybe I’m not a romance writer after all!

Claire is generously donating three autographed copies of TIME FLIES to U.S. readers (apologies to international readers.). U.S. readers, to enter, either leave a comment here or enter the weekly drawing on the contest page. Or both.  (Only one entry per commenter per post, though – multiple comments on one essay does not give you more chances.)  Comment entries must be posted by 11:59pm EST Aug 20 to be eligible, though winners will be announced the following week. 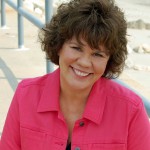 Claire Cook is the critically acclaimed and award-winning author of ten novels. She’s been a judge for the Family Circle magazine fiction contest, a finalist and a judge for the Thurber Prize for American Humor, and the Beach Read Festival fiction and grand prize winner. “The exuberant and charming Claire Cook is one of the sassiest and funniest creators of contemporary women’s fiction,” according to The Times-Picayune. People Magazine says her writing “goes down as easy as it sounds,” Good Housekeeping calls it “laugh-out-loud,” Redbook “gleefully quirky” and the Chicago Tribune “funny and pitch perfect.” The Today Show featured Claire as a “Today’s Woman.”

Claire was a teacher for sixteen years in a beach town between Boston and Cape Cod before she wrote her first novel. She has recently moved with her husband to the suburbs of Atlanta to be closer to their kids, who are no longer teenagers and actually speak to them again. Visit Claire at www.ClaireCook.com and hang out with her on Facebook, Twitter and Pinterest.