Love Can Conquer All

I was born a romantic, I’m certain of it. Even if it didn’t manifest fully until the first time I saw Disney’s Cinderella, from that moment on, I was lost. Forever a hopeless romantic. Forever a glass-half-full kind of girl. And I believe that line of thinking is very much at the heart of all romance. That positive message that says “No matter how bad things get, love can conquer all.” Cliché? Yes. But also true.

Romance has always spoken to me in a way that nothing else does. What other genre evokes such hope? Such strength? Such autonomy? And don’t we need that in our lives? That knowledge that love can overcome? That love can bind, make us stronger, forgive, and heal? It is universal. It spans continents and cultures. There is no age limit. And, most importantly, it gives us the warm fuzzies. Who can resist the warm fuzzies?

But it goes much deeper than that. Jane Austen said, “There are as many forms of love as there are moments in time.”

And therein lies the key: forms.

Anyone who actually reads romance (as opposed to those who sit back and judge it based on the fact that physical intimacy makes some people uncomfortable) knows that there is so much more to it than just physical attraction. Romance teaches us that love is to be cherished and shared. That it lifts and edifies. That it never degrades or belittles. It is not jealous or manipulative. And isn’t that a lesson we WANT our sons and daughters to learn? Don’t we want to give them the strength to not only become successful and autonomous, but the power to pass that on to their partners? To their children? 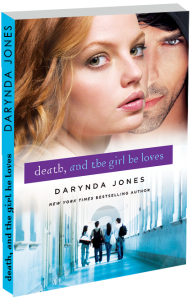 I honestly believe that anyone who reads romance is a better person for it. I hope you agree. If you are anything like me, you look for the romance in everything you read. Everything you see. Take, for example, the movie Aliens. It’s a romance! No, really! Admittedly I have a broad definition of romance, but if there is even the slightest hint of a romantic relationship forming in anything I read/watch/hear, it’s a romance, by gosh. And there was a romance blooming between Hicks and Ripley that kind of took my breath away. That could be why it’s my favorite out of the entire franchise, second only to AVP, which also has a romance. True, it’s between a gorgeous woman and an alien, but it’s there, I tell you. And it made me love the movie all the more.

Think about it. Where would we be without a little romance sprinkled into our daily lives? For one thing, we wouldn’t have eighties love ballads. (Come on. You know you like them.) So I challenge you to go forth and spread the word: Romance Rocks!

I would love to recommend a very new author named Lorenda Christensen. Her debut Never Deal with Dragons is terribly cute and creative. I really loved the story!

I have a small knickknack that was made from the vertebrae of an animal I dare not name. It is odd and fascinating and looks like a psychotic version of a ferret. I keep it because it’s cute as all get-out and my father-in-law made it. I adore my father-in-law and keep everything he makes.

It would be called, Living with ADD: One Girl’s Strug…LOOK! A chicken!

I’m fairly certain Sandra Bullock and Julia Roberts would fight tooth and nail for the part, but it’s late and I tend to get delusional when it’s late.

I get them everyday when a reader writes to tell me how much she enjoyed one of my books. There is nothing greater!

Since I am mostly known for Charley and Reyes from the Charley Davidson series, I’d have to go with them, though Lorelei and Jared from the YA Darklight Trilogy are fun too. As for other writers, I am torn between Julia Quinn’s The Duke and I and JR Ward’s Lover Awakened. (Zsadist anyone?) As you might can tell, I fall for the tortured heroes.

*** Sorry for the mistake earlier! So many details, and I sent Super Tech Guru the wrong email. Darynda is generously donating one hardback copy of Fifth Grave Past the Light.copy ( U.S. readers only, apologies to international fans). U.S. readers, to enter, either leave a comment here or enter the weekly drawing on the contest page. Or both.  (Only one entry per commenter per post, though – multiple comments on one essay does not give you more chances.)  Comment entries must be posted by 11:59pm EST Aug 20 to be eligible, though winners will be announced the following week.

NYTimes and USA Today Bestselling Author Darynda Jones has won numerous awards for her work, including a prestigious Golden Heart®, a Rebecca, two Hold Medallions, a RITA ®, and a Daphne du Maurier, and she has received stellar reviews from dozens of publications including starred reviews from Publisher’s Weekly, Booklist, and the Library Journal.

As a born storyteller, Darynda grew up spinning tales of dashing damsels and heroes in distress for any unfortunate soul who happened by, annoying man and beast alike, and she is ever so grateful for the opportunity to carry on that tradition. She currently has two series with St. Martin’s Press: The Charley Davidson Series and the Darklight Trilogy. She lives in the Land of Enchantment, also known as New Mexico, with her husband of almost 30 years and two beautiful sons, the Mighty, Mighty Jones Boys. She can be found at www.daryndajones.com.