Romance – Something to Cling To

When I moved to New York City as a newly graduated Iowa rube with cornsilk in her hair, it was July of 2001. I landed my dream job in August, had a birthday on September 1st of that year, and felt as though I ruled the world.

My dream job was working for a literary agency that represented a wide spectrum of books. Fiction and non. Literary and genre. I think I had been hired there for my literary—and perhaps liberal-leaning—cred, having come from a magazine with both “hoity” and “toity” practically written into its tagline. At that moment in time I was familiar with only a few romance novelists—Elizabeth Bevarly, to be sure, 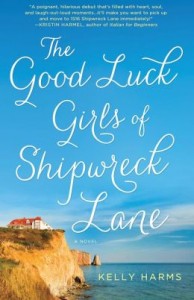 and SEP and Jennifer Crusie too. All contemps, all megastars, all hilarious. If I knew the difference between reading one of their fast-paced, smart romances and those ‘mainstream’ bestsellers by Marian Keyes and Sophie Kinsella and Helen Fielding, I couldn’t have articulated it. Books was books, then. I told you I was a rube.

Then there were some global events. You may have read about them in the news. They probably affected you, just as they did me, in powerful and surprising ways.

I felt very very far from home by the end of September of 2001. I needed a wing to crawl under. I found wings galore, I am happy to report, and even happier to tell you that one of them belonged to one of the most successful literary agents in the business. The Romance business. She pressed book after book into my hands—maybe to teach me how it was done, and maybe just to help me get through. Gaelen Foley. Stephanie Laurens. Beverly Jenkins. Suzanne Enoch. Regency madness was sweeping us all, but I still found my way to Colonial, Western, and pirate stories, books set around the world and even a couple about Midwestern girls making good in the big city.

These books all made good sense to me, not just as a reader but as an editor too. And they made good sense period. As in: the world is crazy, things are not what they once were. But love stories are timeless, and reading them feels good. Romance is unfazed by global fear or international distrust. In fact, romance actually thrives on those things. The wilder things feel, the more you stretch out your arms for someone to cling to. The more you realize how worth it clinging can be.

In the end, though I worked in the publishing business for many more years, and worked with romance authors of all stripes with great relish, and will read every new release by my favorite romance authors until either they or I can’t see the words anymore, it wasn’t a Romance with a capital R that I was thrilled to release last month. It was a book about friendship and fantasy–and food.

But could I stop myself from slipping in a couple of love stories?

Of course I couldn’t. Because romance matters. It was there when I needed it, and I’ll be writing it for my characters and my readers for as long as they may need it too.

My toddler. He is beautiful, not ugly. But crazy, absolutely.

Oh, there already has been! Didn’t you see Eat, Pray, Love? Except only the Eat part.

Romance is in the eye of the beholder. When, in THE GOOD LUCK GIRLS OF SHIPWRECK LANE, Janey, a passionate chef, gets taken on a date to pick slugs off heirloom tomato plants, it turns out to be the pinnacle of romance, at least for her…

Kelly is generously donating a copy of  THE GOOD LUCK GIRLS OF SHIPWRECK LANE to give away (one U.S. only, apologies to international readers).  U.S. readers, to enter, either leave a comment here or enter the weekly drawing on the contest page. Or both.  (Only one entry per commenter per post, though – multiple comments on one essay does not give you more chances.)  Comment entries must be posted by 11:59pm EST Aug 22 to be eligible, though winners will be announced the following week. 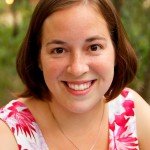 Kelly Harms is the author of The Good Luck Girls of Shipwreck Lane, coming from Thomas Dunne in the summer of 2013. She has also worked with New York Times and USA Today bestselling authors, Edgar, RITA, and Agatha award winners, and Indie Next List Picks in her time as an editor at a division of HarperCollins and later as an agent at the Jane Rotrosen Agency. She lives in Madison, Wisconsin with her adorable and sometimes imperious toddler Griffin.