The Treasure of Romance

I was a romance reader long before I was ever a writer.  My introduction to romance novels was rather serendipitous, although the 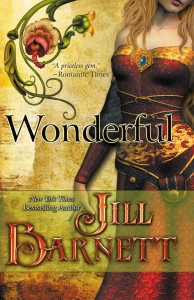 historical romance novel had only a couple of years before exploding onto the 1970s book market.  A friend of mine who was a big garage sale hunter invited me to go with her one Saturday morning.  So we went from garage sale to garage sale and I spotted this small metal bowl that would be perfect to hold my rings when I pulled them off to do housework or shower.  It was pretty ghastly looking.  I wasn’t even sure of the type of metal because the bowl was so dark and grimy. I bought it for 50 cents, but as I paid for it, I spotted a well-read, green paperback book.

Escapist fiction was exactly what I needed, since I had recently returned to college and had been reading so many textbooks and required reading. I had developed a passionate hatred for television, and other than watching the news, had pretty much boycotted it because they had angered me when the network cancelled my favorite comedy, Soap, for being too offensive and kept happily running the Dukes of Hazzard, which I considered offensive to my intelligence.

When I read the book’s back copy, I saw the story was about a duke, and I thought I would much rather read about a duke than watch that stupid TV show that was about as far away from ducal as anything could possibly be.  So I bought the book for a quarter. 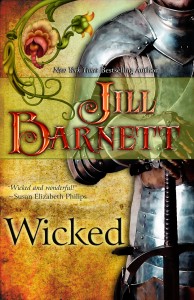 The next weekend, I sat down with my coffee, intending to read the first chapter or two.  I could not put that book down.  I carried it from room to room, propping it up as I folded laundry, in the kitchen while cooking, and into my bath.  I was hooked by Lucien (the duke) and Sabrina, our heroine who would do anything to protect her younger brother, even commit a hanging offense like highway robbery.  The book that captured me was Moonstruck Madness by Laurie McBain.

A few days later I was at a family gathering and I talked about the book with everyone I could because I was so excited I had found such a great story.  One of my sisters-in-law brought a book out from her bedroom and handed it to me.  She, too, was hooked on romances and had passed on to me an early Jude Deveraux historical romance.  Soon I was combing the bookstores and bought and read every romance I could find.  If a new book came out from one of my favorite authors, I would do all my course reading and homework, then order pizza for my husband and devote my evening to the trials and drama of the characters on the printed page.

That garage sale day back in the late 70s changed my life; I discovered the romance genre and the sheer pleasure of losing myself in a romantic love story and closing the book with a smile on my face.   Eventually, my own ideas and characters and plots began to form in my head.  So after years of reading, I found myself writing my own romance novel. 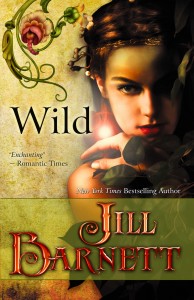 Remember that 50 cent bowl?  It has special meaning for me.  I took cleaner and cloth to it, and when I was done, I had the most beautiful very, very old silver bowl, and to my surprise—after I’d scraped all the dark gunk off the bottom—was stamped Tiffany.
I still have that bowl, which over the decades has gone on to carry a high resale value.

But for me, nothing was more valuable that day than Laurie McBain’s wonderful book.  I have written many stories, and found a career because of that garage sale book.  In BEWITCHING, a book I knew was special when the idea first came to me, I made my character Alec a duke, my own tribute to Lucien– that dark and moody duke who fell for the lovely, innocent young woman who had the audacity to rob him. 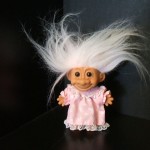 This troll doll, who sits on my office desk. She looks like me in the mornings. Why keep her? She makes me smile.

The Importance of Being Scattered,  Tina Fey

You are reading this essay at ReadARomanceMonth.com. Be sure to visit the About Read-A-Romance Month to learn more, or the Authors & Contributors page to see a list of all the great romance writers who are  celebrating the romance genre during the month of August.  Also visit the Awesome Contests page to see how you can register each week to win “A Month of Romance” (31 books), e-readers, and even the Grand Central Grand Prize, an iPad mini. If you love romance, then this is the place to be!

Jill is generously donating two sets of her classic Medieval Trilogy e-books to U.S. readers (apologies to international readers). To enter the domestic contest, either leave a comment here or enter the weekly drawing on the contest page  — Or both. (Only one entry per commenter per post, though – multiple comments on one essay do not give you more chances.)  Comment entries must be posted by 11:59pm EST Aug 23 to be eligible, though winners will be announced the following week.

Today is the last day to enter this week’s drawing  for a Nook HD+ and 31 books courtesy of Harlequin. 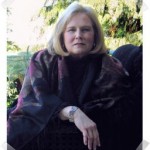 Jill Barnett was born and raised in Southern California, in the kind of idyllic coastal town the Beach Boys made famous. A gap in jobs in her mid-thirties sent Jill back to college and working toward her Masters degree. But the gift of a baby daughter (something Jill had been told she could never have) changed everything.

Four days later Jill quit school to rethink her choices and concentrate on family, something she has never regretted. Always an avid reader, she had been working on a novel. Soon she was writing during downtime and almost two years to the day she quit school, she sold her first book to Pocket Books, a division of Simon and Schuster.

“We women walk such a fine line in our lives, often straddling motherhood and career, and feeling the push-pull between the two, when the truth is: we need both to be fulfilled and each one enriches the other. I discovered I had to redefine happiness away from my own expectations and guilt and especially my demands on myself.  Family, love and relationships all feed my writing. My emotional response and experiences, the grittiness in life, give my work a sense of humanity.

In the years since, Jill has written thirteen novels and five short stories. There are over 7 million of her books in print. Her work has been published in 23 languages, audio, national and international book clubs, hardcover and large print editions, and has earned her a place on such national bestseller lists as the New York Times, USA Today, Washington Post, Publishers Weekly, Barnes and Noble and Waldenbooks —who presented Jill with the National Waldenbook Award.