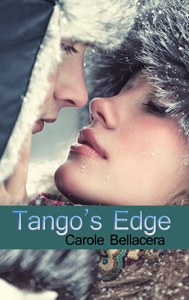 Why does romance matter?  Well, duh.  It’s an off-shoot of the only thing that does matter in life—love.  Love for family, love for your significant other, love for life.  Romance is just one—very special—part of the love family.  An essential part, and that’s why all of my novels, if not labeled romance, have romantic elements. They run the gamut of a happily married couple, my first RITA-nominated novel, BORDER CROSSINGS, to boy-meets-girl (TANGO’S EDGE, SPOTLIGHT, UNDERSTUDY) to an elderly couple who find love and romance in a retirement home (CHOCOLATE ON A STICK.)

I love to write about romance, and God willing, I will do it as long as I live.

I started writing romance early, about age 10, with my first novel, THE VAUGHN’S DAUGHTERS, jotting it down in a notebook and passing it around to all my friends.  It was a story about five blonde sisters, each with their own little dramas going on, which, of course, included boy trouble.  (Yes, I was a bit precocious.)

Then I went on to write my very first real romance, a teen story titled A SUMMER TO CHERISH.  I think my writing was inspired by the fantasies that put me to sleep every night when I wrote stories in my head; most of them were about my dream guy, Mark Lindsay of Paul Revere and the Raiders.  You’ve probably guessed the gist of it—tour bus breaks down in rural Indiana right outside my house, and the band has to stay with us while the bus is in the shop.  Of course, Mark falls madly in love with the skinny, bespectacled bookworm that resides there, and gives up his buxom blondes and rock star career for her.  (Hey, I must’ve missed my calling; I should’ve been writing fantasy fiction all these years.) 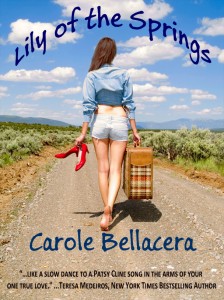 From there, I went on to write a couple of romances involving race car drivers and journalists.  (Seeing that I lived close to Speedway, Indiana, I spent a lot of time at the Indy 500 racetrack in May, drooling over the drivers in their sexy driving attire.)

Eventually, I put writing on the backburner to enjoy a little non-manufactured romance when I met my wonderful husband of 39 years, Frank, on the island of Crete.  But although I retired the writing for a while, I knew it was there waiting for me when I was ready for it.  And a few years later, while the kids were in school, I drug out that old Smith-Corona typewriter and got to work again on my passion—writing romance.

I wish I could tell you everything fell into place immediately, but that wasn’t the case.  It took me 13 years to sell my first novel, but here I am, seven novels later—and romance is still alive in my life.  I wish that for all of you, too, when you read one of my books because yes, romance does matter.  Love matters.  It’s the glue that holds us all together.

I’d like to recommend a new author who’s gone the e-publishing route . She’s a great writer and a former student of mine, Jennifer McMurrain. You can find her at facebook.com/Jennifer.McMurrain.

I feel guilty even saying this but when my mother passed, she left me an amber-colored cut-glass liqueur set.  It’s honestly kind of ugly, and so typical of the 60’s, but I just can’t get rid of it because it was hers.  It just sits and gathers dust.

Clumsy and Clumsier starring that chick from Saturday Night Live who used to fall all the time.  I swear, I have bruises all over my body, and I never know where they come from.  I once closed my boob in a Tupperware container.  That kind of says it all, doesn’t it?

My grandsons.  They are the lights of my life.  I never realized how much fun it would be to be a grandma.  My boys have inspired so much in me—I’m now doing things I never did when my own kids were little.  Like going on the biggest slides at water parks and driving go-karts.  Luke and Zealand make me feel young again.

I love the interaction between Kerry and Mikhail in TANGO’S EDGE.  He’s Russian and she’s American, and I love the scene that takes place in K-Mart as Kerry tries to make him look more American (they’re on the run).  That’s the first time Mikhail loses some of his stoic “Russian-ness” and becomes more laid-back.  He insists on buying a Homer Simpson cap and douses himself with different kinds of cologne because he’s so enthralled with the abundance of products.  The humor between Kerry and Mikhail is sexier than a bedroom scene. 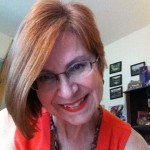 Carole Bellacera grew up in Indiana and served in the United States Air Force as a medical technician.  While assigned in Crete, she met her husband and that meeting became an article called  ‘Streaking for Love’, and appeared in “Chicken Soup for Couples” and “Chocolate for a Woman’s Heart”.   She never gave up her dream of becoming a novelist and after a chance meeting with Princess Diana and Prince Charles in 1985 at Andrews Air Force Base rediscovered her love affair with the written word.  Her first published story, “The Day Princess Di Spoke to Me” appeared in the military magazine, Family.  She never looked back.  It took eleven years, but finally, with BORDER CROSSINGS, published in May of 1999, she realized her dream of becoming a published as well as an award winning novelist.

In addition to her award winning “Border Crossing”  Carole has also written  “Spotlight”, “East of the Sun, West of the Moon”, “Understudy”, “Tango’s Edge”, “Chocolate on a Stick”, and her latest, “Lily of the Springs”.

Carole is now a resident of Northern Virginia and when not writing enjoys spending her time with her husband, Frank, her two children, and her grandsons, Luke and Zealand.  As if that doesn’t keep her busy enough she also makes jewelry.  In the past few years, she discovered she has a talent for singing and formed a local karaoke group in Manassas.  Now she sings in various shows and once a month at Café Montmartre in Reston as a member of the Moonlight Caberet Singers. You can find her online at  www.carolebellacera.com.

Carole is generously donating one copy of any of her books for one US reader and one International reader.  International readers enter here. To enter the domestic contest, either leave a comment here or enter the weekly drawing on the contest page. Or both.  (Only one entry per commenter per post, though – multiple comments on one essay does not give you more chances.)  Comment entries must be posted by 11:59pm EST Aug 25 to be eligible, though winners will be announced at a later date.