From the Grand Gesture to the Intimate Details 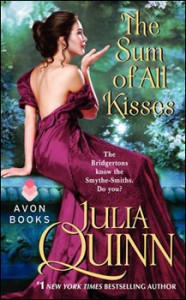 and events. We learn of kings and presidents, of wars and important documents, and when ordinary people enter the picture, they do so lumped together in groups so unfathomably large that we lose sight of the individual. It wasn’t until I learned that my own grandmother was almost killed in the 1918 flu outbreak that I was able to put a humanizing face on the pandemic that claimed more than fifty million lives worldwide.

One might say that romance matters because of the sheer number of people who love to read it. Romance is consistently the most popular genre of fiction, and nothing gives me more pleasure than to mention that my books have been translated into twenty-six languages. But to truly understand why romance matters, we need to understand moments like this:

I was signing books after a library event earlier this year when a woman approached me with well-loved copies of two of my novels. As I signed them, she gave me a handwritten letter, asking me to read it later, sometime after the event was finished. She didn’t say much to me; I thought she was perhaps very shy, but then I noticed that her hands were shaking, and she was holding her face in that expression that we all know so well but is so difficult to describe. She was trying not to cry.

Later that night I read her letter:

Your books have been an incredibly important part of my life. When I was in my early 20s, I was in and out of hospital suffering severe 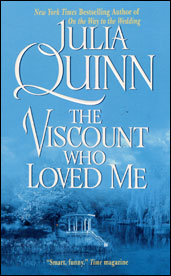 depression. I had always been an avid reader. My life was books, but the medication I was on made it almost impossible to pick up a book. That was really difficult for me.

It was during my first hospitalization that I first discovered your books. I was on day leave, and my mother had taken me to a book fair. I saw The Viscount Who Loved Me, and the title made me smile. When you’re in hospital for depression, anything that makes you smile you have to hold on to. That night I spent the night laughing. Yep, in hospital for suicidal thoughts and your writing had me cracking up. Romance novels –yours in particular— have been huge in my life ever since.

It would be a little extreme to say that you saved my life, but you certainly made an incredibly difficult period of my life bearable. I will forever be grateful to you. I am now completely stable, by the way, and have been for five years, and I’m writing my own romance novel. Hopefully next time we meet I’ll be an author who has made an impact in someone’s life like you have for me.

Recommendations: It’s impossible to mention just one great romance, but I do try to recommend a historical romance every Monday on my Facebook page. 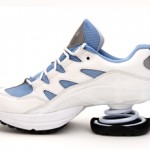 My Z-Coil sneakers. I get the strangest looks when I wear them, but they totally cured my plantar fasciitis. And bonus! My street cred among nine year old boys has gone through the roof.

Dude, Where Are My Keys? Mary-Louise Parker.

A dictionary of ME. My boyfriend in college made it for me, with about twenty definitions, all relating to me. And yes, I married him.

I’d go with the Bridgerton Pall Mall scene in The Viscount Who Loved Me. Some might not find the world’s most vicious croquet game to be terribly romantic, but I think any good courtship needs a bit of friendly (and underhanded) competition.

Julia is generously donating four copies of A Night Like This for U.S. readers and one copy for International readers (U.S. and International readers eligible) International readers enter here. To enter the domestic contest, either leave a comment here or enter the weekly drawing on the contest page. Or both.  (Only one entry per commenter per post, though – multiple comments on one essay does not give you more chances.)  Comment entries must be posted by 11:59pm EST Aug 25 to be eligible, though winners will be announced at a later date.

Also visit the Awesome Contests page to see how you can register each week to win “A Month of Romance” (31 books), e-readers, and even the Grand Central Grand Prize, an iPad mini. If you love romance, then this is the place to be! 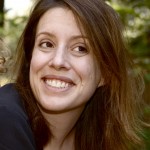 #1 New York Times bestselling author Julia Quinn loves to dispel the myth that smart women don’t read (or write) romance, and in 2001 she did so in grand fashion, appearing on the game show The Weakest Link and walking away with the $79,000 jackpot. She displayed a decided lack of knowledge about baseball, country music, and plush toys, but she is proud to say that she aced all things British and literary, answered all of her history and geography questions correctly, and knew that there was a Da Vinci long before there was a code. Ms. Quinn is the youngest member of Romance Writers of America’s Hall of Fame, with over ten million copies of her books in print. She currently lives with her family in the Pacific Northwest.