Hi friends! Due to some scheduling miscommunications on my part, Lucy Monroe is not posting today. We will try to post her later in the week. Apologies to Lucy’s fans! For today, Ruthie Knox has graciously stepped in. Thank you so much, Ruthie!

Not Settling for Less Than We Deserve

I was invited by the moderator of National Read-a-Romance Month to post today about why romance matters.

I will be honest and say, first, that this isn’t something I ask myself very often. I take it as a given that if something is important enough to hold a giant swath of my attention over a span of years, it probably matters. After all, I matter. As a person, as a human, as a thinking, breathing being, I have value. My interests have value. And if you multiply me times all the other beings who enjoy reading and writing and thinking about romance — and there are an awful lot of us — then of course we matter. Why wouldn’t we matter? Who would be stupid enough to argue that we don’t, or that our interests 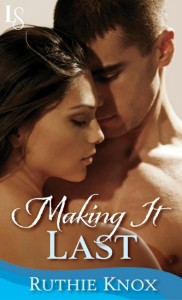 are unimportant, trivial, worthy of ridicule?

So then I remember, yes, we live in a world where romance novels are trivialized, romance itself is trivialized, women and women’s interests are routinely, thoroughly, oppressively trivialized. Yes. There is that. And given that — given that being a romance writer and a romance reader can in fact be an embattled position, what do I have to say in its defense?

Romance novels matter because they take love seriously, and love is serious business. It binds us together. It makes marriage, family, and intergenerational networks of emotional and financial support all possible. Without love, there is no glue that can hold a society together over the long term. We need love. The Beatles have suggested that all we need is love, and while I wouldn’t go that far, I do think love is pretty darn important.

And, finally, romance novels matter because we write them, and we read them, and we matter. Whoever we are. Whatever it is we want to say. Diverse women and men, diverse perspectives, diverse stories to tell. They all matter.

How To Be Good. I would be played by Claire Danes. Or possibly Natalie Portman. It would be an extremely boring movie.

Last year, when I went to the RWA meeting in Anaheim, California, my husband stayed at home with our son and repainted and rearranged my office for me, just to be nice. It was very sweet of him.

Hmm. I’d suggest that a first-time reader of my books might want to begin with the meet scene between Tom and Lexie on the beach in Ride with Me. Because if you’re down with Tom and Lexie, you’re probably down with Ruthie Knox, generally.

As for a first-time reader of romance overall? Oh, gosh. So many good books to pick from. I think I might recommend the infamous lamp-throwing scene in Jennifer Crusie’s Welcome To Temptation. It’s so much that is sexy and awkward and great in romance writing. Plus, it’s a little bit kinky, and if you can hang with the kinky, you’re probably already part of our crowd.

Ruthie is generously donating two ebook copies of Making it Last for the domestic drawing and a signed paperback of Along Came Trouble for international readers.  International readers enter here. To enter the domestic contest, either leave a comment here or enter the weekly drawing on the contest page. Or both.  (Only one entry per commenter per post, though – multiple comments on one essay does not give you more chances.)  Comment entries must be posted by 11:59pm EST Aug 25 to be eligible, though winners will be announced at a later date. 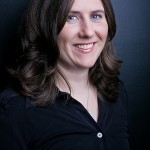 USA Today bestselling author Ruthie Knox writes contemporary romance that’s sexy, witty, and angsty—sometimes all three at once. After training to be a British historian, she became an academic editor instead. Then she got really deeply into knitting, as one does, followed by motherhood and romance novel writing.
Her debut novel, Ride with Me, is probably the only existing cross-country bicycling love story. She followed it up with About Last Night, a London-set romance whose hero has the unlikely name of Neville, and then Room at the Inn, a Christmas novella—both of which were finalists for the Romance Writers of America’s RITA Award. Her four-book series about the Clark family of Camelot, Ohio, has won accolades for its fresh, funny portrayal of small-town Midwestern life.

Ruthie moonlights as a mother, Tweets incessantly, and bakes a mean focaccia. She’d love to hear from you, so visit her website at www.ruthieknox.com and drop her a line.