What I like about romance is the feeling of family, the sense of belonging — which is why I like to write about characters who are related and who care about one another.I started writing because I couldn’t stand the rape sagas that were being printed. This was back in the late 70s and I was buying every romance that was put on the stands. At the time, I was teaching elementary school and what I loved to do was buy a romantic novel on Friday and stay up all night reading it. One Friday I bought 2 books and they were both rape sagas. The “hero” would rape a young woman until she said she loved him. 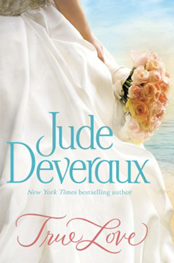 Sickened, I threw both books across the room and turned out the light. I thought, If I read the perfect novel, what would the plot be?For three days I wandered around in a daze. I could hear dialogue, see characters in my mind. I thought that if I wrote down what was in my head they would go away and leave me alone. About 600 handwritten pages later I had finished the book and I paid my next door neighbor’s daughter to type it.

I sent it to a publishing house that had pretty covers (Avon) and they wrote back asking if they could please publish it, sent what I thought was a lot of money, and would I please write some more.

The next day I quit my teaching job and haven’t stopped writing since.

In the ensuing years I have tried to write about people who are different and about the love that they find. And I have tried to show why they like each other. I’ve never understood how 2 people who hate each other throughout the book can suddenly say, “I love you,” at the end and that makes it all right.What has made writing romances so gratifying to me is when readers say I helped them during a bad time in their lives.

The best compliment I ever had was at an autographing when a woman told me she’d driven 400 miles to meet me. She said that she ran a safe house for battered women and she passed out my novels to them as textbooks. “This is how a man is supposed to treat you,” she told them.

I like the idea of making people feel good, of making them smile. Our personal lives rarely go the way we want them to, and we don’t find the True Love that we dream about, so it’s nice to read of a world where it happens. In our lives we ask for help but it isn’t given, but in the worlds I like to create, people see what we need and offer it without being asked. It is nice to escape for a while.

I think that the reason romances sell so many copies is because people need the feel- good stories. Romance novels don’t get the awards and praise that the books that feature characters who live in misery do (the more rotten the life, the more awards) but I think they really and truly help people. To be transported from chemo to a world where beautiful men ride black stallions and carry violet-eyed ladies through the moonlight is worth a lot.A family and True Love. I don’t think there is more than that to life. 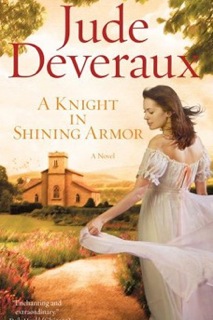 A collection of huge, giant T-shirts. I love to wear them all day long when I think no one will see me.

I can’t even title my own books much less a movie, but I know that Meryl Streep would play me.

Kindness in any form at any time.

A Knight in Shining Armor.

Jude and Ballantine/Random House are generously donating five copies of True Love to give away to US residents (apologies to International readers).  To enter the domestic contest, either leave a comment here or enter the weekly drawing on the contest page. Or both.  (Only one entry per commenter per post, though – multiple comments on one essay does not give you more chances.)  Comment entries must be posted by 11:59pm EST Aug 27 to be eligible, though winners will be announced at a later date. 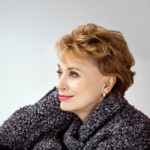 Jude Deveraux was born in Fairdale, Kentucky, the eldest of a family of three girls and one boy. After earning a degree in art from Murray State University and studying teaching at the University of New Mexico, she taught fifth grade in Santa Fe, New Mexico. She left when her first book, The Land of Enchantment, was accepted for publication by Avon books.

Jude’s first books were historical, chiefly featuring the Montgomery and Taggert families. Stories of the lives and loves of these families spanned over several centuries in the US and England. They are filled with details of the history and culture of the time periods and settings of her novels. Her more recent series of books focuses on the McTern family and its descendants. The novels are set in the fictional town of Edilean, Virginia, and go from when the family arrived in America to contemporary time.

Jude’s exhaustive research on every aspect of her books has made for a rich and detailed background for each of her novels. Her stories are adventurous, funny, and at times heartwarming. Jude has had over thirty books on the New York Times Bestsellers List, over 60 million copies in print, and has been translated into 18 languages.

Jude has lived in England and Egypt as well as in several American states, and she has traveled around the world. She likes to read nonfiction and murder mysteries, and work in her garden. In boxing class, she enjoys showing much younger males that she can throw a mean right cross.