Romance – Where Everything Works Out

I sometimes have the opportunity (necessity?) to attend dinner parties with my economist husband. Most of the people 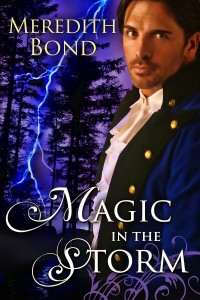 there are highly educated (a good number with Ph.D.s in economics, anthropology, ecology and what-not), intelligent people. Invariably, after discussing the world’s ills and all that we wish we could do for it, the person I am speaking with looks at me, curiosity in their eyes and asks what I do. Do I, too, work in economics?  No, I say, I’m a romance writer.
The shock on their faces is fleeting, quickly replaced with a broad grin, and frequently the person leans in towards me and tells me, in a near whisper, that they love reading romance novels (both men and women have admitted this to me).

These are people who have devoted their lives to making the world a better place. To solving the world’s economic or social problems. And when they want to relax, they like nothing better than curling up with a good romance.

Why? Because it makes them feel good. Because they know that at the end of the book everything is going to work out.

They work tirelessly to solve problems that, more often than not, don’t work out. Or don’t do as much good as they had hoped they would. They need a place where they can escape from the world’s problems. They need that message of hope and happiness.

We all do. No matter what we do with our lives, we need that. Romance novels give us that. Everyone should read them.

Recommendations: If you too want to read a book where you can travel to a completely different world where everything works out in the end, I would highly recommend the book I’m reading right now – Lori Dillon’s Fire of the Dragon.

When you walk into my house, you might feel as if you’re being watched. It’s because you are. My house is filled with masks and busts. I’ve got faces covering the walls and lined up on the mantle (where there aren’t faces, there are books, and, yes, they’re watching you too). My husband and I collect faces. We’ve got pieces from Africa, Indonesia, Malaysia, India… all around the world. The scariest one by far (to me) is the Marti Gras mask from New Orleans. It’s a commedia dell’arte piece with a hideous large grin, hollow eyes and bells hanging over the and above the face.  I keep shifting this mask around my house trying to find the most hidden place to keep it, but it’s always there, grinning at me (shiver!).

A movie about my life would have to be called “Merry Me”.  It could be a romantic comedy about a nice Jewish-American girl who falls in love with a good Indian boy, and asks him to marry her. He refuses on the grounds that a marriage between people from two very different religious and cultural backgrounds could never work out. She, of course, convinces him to marry her anyway and they live happily ever after, but there has to be lots of funny scenes with cultural faux pas on both sides (and a great scene where the girl’s father says, “You know, he’s okay for a fucking Indian.” Because, yes, my father actually said that just before I married my husband!)

As for who would play me, I’d go for Emily Deschanel. She’s got the right color hair and big green eyes like mine – and I want her cheek bones and jaw line! LOL!

I don’t know about best, but certainly the most unique and interesting gift I ever received was a ship’s wheel. It’s about one to one and half feet across and was given to me as a wedding present from some friend of my in-law’s. In India, it’s traditional to give wedding presents to the bride. They heard that I was an American and probably had no idea what to give such a strange creature, so they gave me a ship’s wheel. It’s now become an idiom in my family – when you get a ship’s wheel, you get a totally useless present that you have absolutely no idea what to do with.

One of the most romantic scenes I’ve ever written was the temple scene in An Exotic Heir. The hero (absolutely one of my favorites – well, he is half-Indian with bright blue eyes), Julian has taken the heroine, Cassandra, to see a traditional Hindu temple on the outskirts of Calcutta (that doesn’t actually exist, but that’s okay, this is fiction. Temples similar to the one I describe do exist, just a couple hundred miles from Calcutta – now known as Kolkata). The temple is covered with erotic sculptures (giving them all sorts of ideas) – and then it begins to rain forcing them to take cover under a nearby banyan tree. Sigh… it’s very romantic, right down to them getting interrupted just as his lips brush against hers.

Meredith is generously donating one copy of Magic In The Storm to give away to US residents (apologies to International readers). ***However, Meredith’s book Storm On The Horizon is currently free at Amazon

! To enter the domestic contest, either leave a comment here or enter the weekly drawing on the contest page. Or both.  (Only one entry per commenter per post, though – multiple comments on one essay does not give you more chances.)  Comment entries must be posted by 11:59pm EST Aug 27 to be eligible, though winners will be announced at a later date.

Meredith Bond is an award-winning author of a series of traditionally published Regency romances and indie-published paranormal romances. Known for her characters “who slip readily into one’s heart”, her paranormal romances include Magic In The Storm, Storm on the Horizon, and the short story “In A Beginning”. Her traditional Regencies include The Merry Men Quartet of which An Exotic Heir was republished in March, 2013. Meredith also teaches writing. If you want a taste of her class in book form, Chapter One is available at your favorite e-retailer.

Come visit Meredith at her website, meredithbond.com (she blogs every Sunday on writing and self-publishing topics) or chat with her on Facebook (facebook.com/meredithbondauthor) or Twitter (@merrybond).