Romance as Subversion and Subculture

When I first got word that my debut novel, A Man Above Reproach, was going to be published, I started jokingly referring to it as my “little sex book.” My husband was the one who put the kibosh on that—he actually got quite angry and felt that I was belittling my own book. “You have to stop calling it that,” he insisted, “even if you think it’s funny.”

He was more than right. When I first started writing romance, I realized I had found my voice, something that mattered to me, but yet here I was…still weirdly embarrassed and making it seem like it wasn’t a serious occupation. I was going through this fight with myself; an internalization of the way a lot of the literary community critiques our genre. I didn’t just want to write about Romance, I also wanted to talk about its implications. Why should I feel bad about writing something that felt so natural? Who convinced me I should feel conflicted about this?

Genre is weird—it can be constricting but it can also be freeing. I didn’t really find my footing until I started using 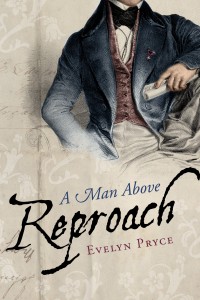 Romance as a template, genre as a starting point, combined with my past influences. Love as an idea, as that feeling that you can’t manufacture or pin down, is at the center of most stories, even if they’re not classified as a capital R romance. Try to think of a story for which some form of love (romantic, friendship, family) doesn’t drive the plot. Go ahead, I’ll wait.

The romance genre has a lot of aspects that are understudied and undervalued. It’s subversive, women writers talking directly to women readers. If it’s critically unaccepted, it might be better for us…we can work in a grey zone, a bit away from prying eyes. There’s a certain freedom in that, but there is also this weird shame that goes with it. We shouldn’t be writing about sex. We shouldn’t be talking about our pleasure or making demands. Women’s truths are often made to look silly, so it’s past time to stop making excuses for romance. There’s a little piece of me that feels angry that the fact that ‘romance matters’ even needs an explanation.

The night I started writing this essay, we also went to see Psychic TV. That’s an intense experience in the first place, but near the end of the show it got even weirder. Genesis, the vocalist and mastermind, said during a song: “Do you know why they demean love? Because it’s the most powerful tool we have.” After spending the whole day thinking about just that—the sentiment came out of the mouth of one of my totems.

Somewhere along the way, the purple prose trope of Romance started to disappear. Women started becoming the heroes of their own stories, not the ones in need of rescue. It’s a relatively recent development and it makes me giddy to think we haven’t been “found out” yet. These essays—about innovative women, both readers and writers—are about a community in constant engagement. Maybe we should enjoy the time when we’re not being studied, because it’s bound to happen. Ideas and change slip by when they’re wrapped in a package of fiction. This is an exciting time to be a little sex book writer. 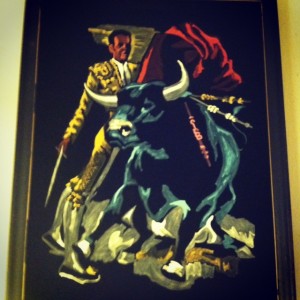 I have a velvet painting of a matador and it’s right in my living room. I love it, but practically every other person who enters my house hates it. I know it’s an eyesore, but there’s something comforting about it. The stance of the matador is fantastic, but he’s not harming the bull, which looks oddly serene. Matadors also remind me of Orson Welles, so the painting has my affection.

It would be called “Extra Magic Nervous Breakdown” and I had no idea who would play me, so I asked my friends. It was a widely varied list, so I assume they think I’m a schizophrenic shapeshifter. They suggested: Aubrey Plaza, Famke Janssen, Lizzie Caplan, Sara Rue, and Sir Ian McKellen. Let’s go with that last one.

When my husband and I first started dating, for one of our anniversaries he modified a Barbie to look like me. He found clothes that looked like one of my outfits, a bag just like mine, my glasses, shoes, everything. He even had a little replica of the comic book I was writing at the time to fit in her little Barbie hand.

Since my debut novel comes out in October, I don’t have much of a field to choose from, but I do adore my main characters, Josie and Elias. There’s a particular scene where she tries to seduce him because she thinks that’s all he wants and I’m fond of that one. I have another favorite romantic scene of theirs, but it’s a huge spoiler.

As for romance novels in general, a lot of my favorite writers have written essays here, so that’s a great place to start. I love Julia Quinn’s Bridgerton series, any of Lisa Kleypas’ historicals, and Eloisa James’ Desperate Duchess series.

,” which is a paranormal. The plot makes you race through that book and, bonus, it’s super sexy.

Even if none of these recommendations are your thing, I assure you that there is a romance that is your thing. There’s very little left out of our genre umbrella; if you want to read romance, you’ll find something that hits you.

Evelyn Pryce is generously donating one ARC of  A Man Above Reproach to a US reader and one to an International reader (International readers enter here).  To enter the domestic contest, either leave a comment here or enter the weekly drawing on the contest page. Or both.  (Only one entry per commenter per post, though – multiple comments on one essay does not give you more chances.)  Comment entries must be posted by 11:59pm EST Aug 27 to be eligible, though winners will be announced at a later date. 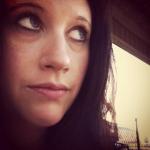 Evelyn Pryce writes Regency and Victorian historical romance. Her first novel, A Man Above Reproach, won the 2013 Amazon Breakthrough Novel Award in Romance. It will be published in October by Montlake Romance. Her mind is often occupied with etiquette, the 19th century, particulars of the American Revolution, the evolution of human interaction, and the Internet.

Pryce lives in Pittsburgh with three gentlemen–her husband and two cats. She can be found blogging at her website, on Twitter and Facebook, and behind her computer working on her second novel. She studies literature and history at one of America’s many universities.