Might As Well Face it, I’m Addicted to Love

I’m so honored to be included in this amazing celebration of the romance novel, but it’s a bit humbling to arrive at the 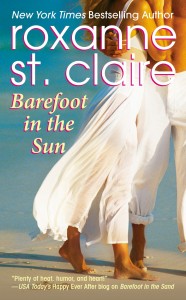 end of the month with nearly ninety articulate, talented, and insightful authors preceding me on the same subject. Like many before me, I believe our books are empowering, liberating, fulfilling, and fun.  I wholeheartedly agree that romance novels are an escape from a sometimes harsh reality.  They offer a light of hope on dismal, depressing days, a lesson in transformation and courage, and a guarantee of a happy ending in a world where things don’t always end well.

But, for me, romance novels always have been and always will be about the bone-deep bliss of falling in love.

I admit, I’m a bit of a love junkie.  I’m addicted to the adrenalin burst and serotonin surge that happens in the first heady days of attraction.  I’m crazy for the toe-curling, pulse-pounding, dizzying sense that the world just tilted a little because a certain someone happened to pass by.  I live for the brush of his knuckles, the secret smile, and that first stolen kiss.  But let’s be real, friends.  It isn’t safe or sane to give your heart away three, four, or twelve times a month.  Plus, most of us have husbands who frown upon that kind of thing…unless he still makes you feel that way on a regular basis and if so, you should be writing this column and doling out marriage advice.

At an early age, I realized that life is better when there’s a boy on your brain.  Scientists have known this for years,  having done numerous studies that show all manner of pleasure chemicals firing up our synapses at the sight of our current crush. (Or a picture of David Gandy.) An avid romance reader from childhood (my mother put Mary Stewart in my hands at ten and I never looked back), I made a grand discovery somewhere between Rosemary Rogers and LaVyrle Spencer.  I didn’t just love the story — I loved the hero.  My heart actually beat faster when he came on the page.  And 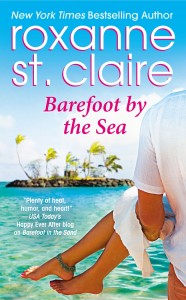 when he kissed the heroine, I was the girl in his arms, barely holding on as I fell hard and heavy in love.  It didn’t matter if no one liked me in real life or if the phone wasn’t ringing like I’d hoped it might.  I no longer cared that Saturday nights could be lonely or that it seemed like, in my twenties, I went to weddings more often than work…but not one of them was mine.  In a romance novel, I could always stand on the edge of ecstasy and know that when I tipped over, I’d land in loving arms.

I finally did fall (almost literally — I met my husband in an elevator), but even after I married happily and forever, I didn’t stop enjoying the rollercoaster ride of falling in love.  In fact, as a card-carrying member of the Real Life HEA, I believed in romance novels more than ever.  I never seriously thought about writing one until the night I finished reading Susan Elizabeth Phillips’s NOBODY’S BABY BUT MINE

.  I was overwhelmed with hope, high on love, and certain I understood what made “forever” work well enough to write a story about finding it.  More than anything, I longed to wrap someone else in the pure joy and optimism of a great romance novel.

The next day, I started writing my first book.  Thirty-some titles later, I’m still addicted to the thrill of falling in love.  I’ve discovered the only thing that comes close to riding a rollercoaster of love is building one and, lucky me, I get to do that every day.

Recommendations: Run, don’t walk (well, you might have to take a ferry) to SANCTUARY ISLAND

, the launch of a brand new small town contemporary series by Lily Everett.  You may not have heard of her yet…but you will!

Our newest pet…only we didn’t want this one, nor can we get rid of him.  A few weeks ago, someone let a dragonfly into 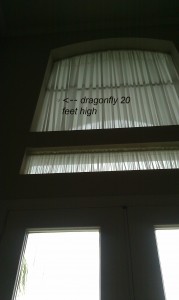 our house and it immediately fluttered to the top of a two-story entryway and landed on the sheer curtain high (high!) above the door.  It must have died overnight, but stayed stuck on the curtain.  So there he hangs, with no way to reach him unless I want to hire someone who has twenty-five foot extension ladder.  My husband says he brings good luck.  I say he reminds me that I’ve never had those sheers cleaned.

If there was a movie about your life, what would it be called?  (And just for fun, who would play you?)

Let’s call it Can’t Help Falling in Love and pretend Emma Stone wants to play a desperately single thirty-year-old who finds love when she puts down a romance novel long enough to get on the elevator for a freefall.

What is the best non-monetary gift you’ve ever received?

My children, of course.  And the crystal worry angel my daughter bought at the Secret Santa Store for a quarter.  Best gift ever.

If you have to pick one romantic scene or couple to recommend to a first-time reader of YOUR books, which would it be?

When Zach and Samantha fall asleep together in EDGE OF SIGHT and he secretly slips off his eye patch so her hair can touch his scar.  Sigh.

Roxanne is generously donating a set of her contemporary series Barefoot Bay – including the first three titles in the series (Barefoot in the Sand, Barefoot in the Rain, Barefoot in the Sun) and the yet-to-be published Advanced Review Copy of the fourth, Barefoot by the Sea –  to give away to a US reader (domestic only; apologies to international readers). To enter the domestic contest, either leave a comment here or enter the weekly drawing on the contest page. Or both.  (Only one entry per commenter per post, though – multiple comments on one essay does not give you more chances.)  Comment entries must be posted by 11:59pm EST Aug 29 to be eligible, though winners will be announced at a later date.

Also visit the Awesome Contests page to register this week to win a Kindle Paperwhite and “A Month of Romance” (31 books) from Amazon Montlake, or the Grand Central Grand Prize, an iPad mini. If you love romance, then this is the place to be! 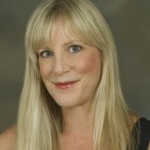 Roxanne St. Claire is a New York Times bestselling author of more than thirty novels, including three popular series (The Bullet Catchers, The Guardian Angelinos, and Barefoot Bay) and multiple stand-alone titles. In addition to being a six-time nominee and one-time winner of the RITA Award, Roxanne’s novels have won the National Readers’ Choice Award for best romantic suspense three times, as well as the Daphne du Maurier Award, the HOLT Medallion, the Maggie, Booksellers Best, Book Buyers Best, the Award of Excellence, and many others. Her books have been translated into dozens of languages and are routinely included as a Doubleday/Rhapsody Book Club Selection of the Month.
Rocki lives in Florida with her husband, two teens, and two dogs (and one dead dragonfly).   Visit www.roxannestclaire.com for information, updates, and her (almost) daily blog, Rock of Pages.