I encountered my first romance novel when I was about thirteen years old, and it was a doozy. November had just settled in, and I was earning my pony’s board by bringing in all the other horses from the pasture each afternoon and doling out feed. While they ate, I was allowed to take shelter in the stable owner’s basement, where his college-age daughter stashed all her romances.

Well. I picked up Lady Vixen––”A golden heiress living a lie…in a stormtide of rapture and romance!”––by Shirlee Busbee, and each afternoon those forlorn horses were left to lick the bottoms of their feeding troughs while I followed my auburn-haired minx Nicole Ashford from her days as a stowaway cabin boy, to her passionate nights in the bed of notorious privateer Captain Saber, to her waltzes in London ballrooms, where Captain Saber had transformed into aristocrat Christopher Saxon, complete with golden eyes and sardonic smile. 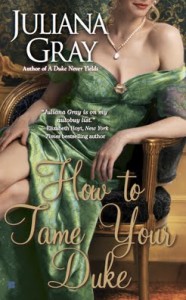 As the raw Seattle winter dragged on, I lost myself in Civil War romance (blonde identical  twins, one good and one evil, sort of Sweet Valley High meets Gone With the Wind), Napoleonic war romance (something about spies), Gothic romance (Cornwall, dead first wife), and Louisiana plantation romance (more identical twins). It was my scandalous basement secret: me, the studious second child, the fuzzy-haired bespectacled bibliophile, who never met a rule she didn’t obediently follow and a human being she didn’t yearn to please. I received a thorough (if possibly flawed) sexual education at the hands of Busbee and the Avon ladies, while my unsuspecting classmates played Pac-Man and watched Growing Pains. Bulging manhoods––goodness me! Oral sex––who knew? If the boys passing me blankly in the hallways of junior high didn’t quite measure up to the superb masculine standards of Captain Saber, I didn’t care. I had a hero and a sparkly rainbow orgasm waiting for me, somewhere.

Then high school. Then college. Whenever the boys didn’t quite measure up, whenever the sparkles and rainbows didn’t materialize, whenever I was overlooked and turned down and passed over and dumped, I turned back to romance. Whenever I encountered a thorny term paper or a thorny professor, a parental divorce or a resume rejection, I sieved through the shelves of the local bookstores until I found solace, until I found that solid rectangular doorway into another body, another time, another world. And when I emerged again from that doorway, I was a little bit stronger, a little more heroic. A little more able to face down the slings and arrows of real-world fortune. (Which is, after all, the point of all human storytelling.)

And this story ends happily, never fear. I did find my hero, and plenty of sparkles and rainbows, and a baby epilogue too. For many years, I stopped reading romance entirely; I was occupied from dawn to dusk with the immensely satisfying epic of my own life. But when life’s little setbacks inevitably arrived, I knew where to turn. A whole new generation of romance authors, a whole new generation of Captain Sabers, lay waiting for me at the bookstore. Then and now, they turn me back into my heroic self.

As I have four children, the list is endless! Leaving them out of it, for the longest time I kept this bizarre miniature plastic bathroom scene my mother inexplicably gave me one Christmas. You pushed various buttons on the diorama and it would emit the corresponding rude bathroom noises. My mother isn’t a vulgar person, so I have no idea why she sent it. A menopausal moment, maybe? Anyway, I hid it in a closet for years, because how can you throw away a present from your mother? I think we “accidentally” put it in the Goodwill box when we moved.

I’m a huge Patrick O’Brian fan, and my husband pulled some strings for our fifth anniversary and got tickets to the London premiere of Master and Commander: The Far Side of the World. (We were living in London at the time.) It was the official Royal premiere of the year, so Prince Charles was there, a few seats away. It was amazing. I wore the most fabulous dress I owned. When we left the after party, there was this crowd of paparazzi outside, waiting for someone famous to pop out, and an embarrassing silence settled around the doorway as they tried to figure out who we were. Then a single flashbulb went off. So that was my moment, LOL.

Oh. Gosh. The problem is, I’m usually most in love with the couple I created last, so I’ll have to go with Princess Emilie and the Duke of Ashland in my latest book, HOW TO TAME YOUR DUKE. As for romance novels in general, I do so love Sarah Maclean’s A ROGUE BY ANY OTHER NAME, which just won the RITA for Best Historical (hurrah!!). (*I haven’t read A ROGUE, but One Good Earl Deserves a Lover is one of the best books I’ve read this year. I do not envy the RITA historical prelim judges for 2014. Amazing titles this year! ~Bobbi)

As for recommending another romance author, it’s so hard to choose! I absolutely love Meredith Duran, though. The quality of her writing is just superb.

Juliana Gray is  generously donating three signed copies How To Tame Your Duke  to give away.  U.S. only, apologies to international readers.  To enter, either leave a comment here or enter the weekly drawing on the contest page. Or both.  (Only one entry per commenter per post, though – multiple comments on one essay does not give you more chances.)  Comment entries must be posted by midnight EST Aug 3 to be eligible, though winners will be announced the following week.

Juliana’s debut romance trilogy, A Lady Never Lies, A Gentleman Never Tells, and A Duke Never Yields, won widespread acclaim, including the RT Book Review’s Seal of Excellence and Best First Historical award. Her latest novel, How to Tame Your Duke, earned starred reviews from Publishers Weekly and Booklist, and a Top Pick rating from RT Book Reviews. As Beatriz Williams, she is also the author of Overseas and A Hundred Summers from G.P. Putnam’s Sons. She enjoys dark chocolate, champagne, and dinner parties, and adores hearing from readers. Visit her website at www.julianagray.com.