Romance – A Journey of Discovery

I like to eat. I like the juiciness of a well-seasoned steak and the sweetness of chocolate mousse. I like that the world has such an endless array of different foods. I like spices, flavors, aromas, textures. I like watching cooking shows and pretending that maybe one day I’ll be able to cook like that. And I especially like knowing that there will always be something new and interesting to discover about food, whether it’s the Chinese broccoli (kai-lan) that I found at the store, or the fact that there’s a dark chocolate version of a Reese’s peanut-butter cup.

And that, my friends, is why romance matters. Because romance is all about discovery. Romance speaks to the explorer, the adventurer, the daring heart in all of us who knows that love is complicated, beautiful, and a little scary, but ultimately well worth the risk of exploration. 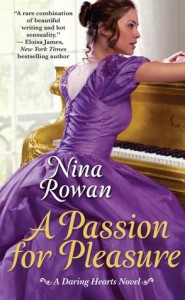 Romance is about seeking out and finding all the nuances of another person, about looking beyond ourselves and taking chances. Romance is about hoping for your perfect happily-ever-after ending, while figuring out how to chart a course and being prepared to struggle. Romance is about having courage when faced with the unknown.

But back to the food. The connection between food and romance has been touted by writers and gourmands throughout history—both for the aphrodisiac qualities of certain foods as well as the fact that the exploration of both territories involves all five senses. The taste of a kiss, the scent of a man’s skin, the touch of his hand, the sight of his smile, the sound of his voice…all give us a sense of pleasure and anticipation that we also find in a much-loved meal.

Trying new foods and indulging in favorite dishes elicits the same kind of anticipation and enjoyment that we also discover on the path to romance. But there’s disappointment too, like when we try a new food we don’t like, or work hard on a recipe for a cheese-and-bacon soufflé that falls flat.

That may be a far less-intense disappointment than a romance gone wrong or an unrequited love, but the essence of the attempt is the same—we’ll try again (and again, and again) because we know in our hearts that the successful result will make us so happy. That’s the reason we love the exploration, the discovery, the challenge. We want that perfect dish. We want our own happily-ever-after.

What about after the happily-ever-after? Under the name Nina Lane (www.ninalane.com), I’ve self-published a romance series about a passionate couple who are already married! Liv and Dean are wildly in love, but when secrets and temptations rise to the surface, the fallout threatens to break them apart. They are a couple determined to fight for their love and marriage—and for their second happy ending. 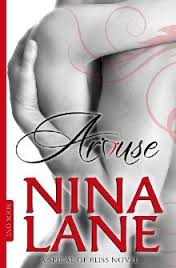 I’m also in awe of Laura Navarre’s (www.lauranavarre.com) historical romances, a combination of lush, sensual prose, compelling characters, and fascinating settings of the Tudor court and Anglo-Saxon England. The Devil’s Mistress centers on the brilliant Allegra Grimaldi, an Italian apothecary forced to infiltrate the court of Henry VIII. In By Royal Command, a courageous woman must choose between a fierce, Viking warrior and a mysterious, passionate baron. Navarre’s deft interweaving of intrigue, romance, and suspense will captive you.

A dirty, stained, torn, well-chewed, one-eyed, stuffed pig that was my son’s favorite toy as a newborn. I will never throw it away.

My family. Aside from my family, the best gift I’ve ever received are two Russian icons that my grandmother brought with her when she emigrated from Russia to the US. The icons were very much a part of our family life, and have since been passed on to me. I treasure them deeply.

My Nina Lane books are all about the passionate, intense relationship between medieval history professor Dean West and his cherished wife Olivia. Their happily-ever-after doesn’t end with “I do.”

And I love the scene in my Nina Rowan book A Study in Seduction when Lydia marches into the crowded meeting hall with her troupe of genius mathematicians in order to save Alexander, the love of her life. She does it with both her brilliance and her determination, both awesome qualities in a heroine!

Nina Rowan and Grand Central  are generously donating two sets of Nina Rowan books (A Study in Seduction and A Passion for Pleasure) to give away, and Nina Lane will give away one set of her Spiral of Bliss novels (Arouse and Allure).  U.S. only, apologies to international readers.  To enter, either leave a comment here or enter the weekly drawing on the contest page. Or both.  (Only one entry per commenter per post, though – multiple comments on one essay does not give you more chances.)  Comment entries must be posted by midnight EST Aug 3 to be eligible, though winners will be announced the following week. 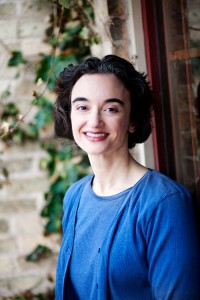 Originally from California, Nina Rowan holds a PhD in Art History from McGill University, Montreal, with a specialization in 19th century French and Russian art. A PASSION FOR PLEASURE is the second book in her Daring Hearts series with Grand Central/Forever Romance. A librarian-at-heart, Nina loves both reading and organization, and she found a happy avenue for both by pursuing a degree in Library and Information Sciences at the University of Wisconsin. She lives in Wisconsin with her atmospheric scientist husband and two children.