I think I was predestined to write romance novels. I mean, really. “Constance Brockway?” It sounds like one of Eleanor Hibbert’s pseudonyms. Even as a little kid, I loved a love story. In fact, I penned (okay, painstakingly printed) my first romance in the first grade and a thrilling little fable it was, too, about a boy squirrel who wants to befriend a girl chipmunk. You might not see romance in there, but I assure you in my little girl mind there was love brewing in that tree. Thanks to a fond mother, I still have that story stowed away in a cedar trunk. 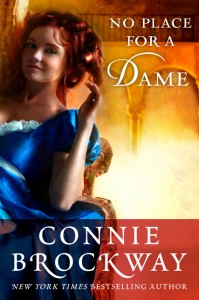 Even then, writing a romance in its most nascent form, I understood that there is simply nothing more gratifying than a well told story of romance. Because that squirrel-chipmunk story encapsulated what all romance authors and readers look for in a story, the emotional choreography between two people, or in this case rodents, trying to overcome seemingly insurmountable difficulties (in this case, a trans-species one) in order to be together.

My romance bent started early and it stayed with me. All through high school and college and grad school, my ferocious reading habit included a hefty number of romances. Other books challenged my perceptions and fostered a love of learning and the written word, but romance nourished my sense of adventure and cemented in me a determination to never settle for less in any relationship. It’s not an accident that after a male friend told me he’d dreamt I was locked in a tower and he’d rescued me, I threw caution (and probably my jeans) to the wind and embarked on a passionate love affair with him. Thirty some years later, that particular romance is still going strong.

And later in my life, when I finally decided to test the worth of my degree in creative writing, I spent all of twenty-four hours contemplating the old saw “write what you know” before starting to tap out a romance. Because I know romance.
Romance novels transcends class and race and gender by tapping into universal tropes. They encourage us to dream, provide a respite from the daily grind, and fuel the imagination.

A romance novel offers unapologetic, substantive, transportive entertainment that requires no apology and no explanation. For those readers who enjoy it, romance is not only a helluva good time but, more importantly, it’s their chosen way to spend their time.

Now, I like canning jam, I like sewing, and I like gardening. I like the sense of accomplishment I get when proudly surveying neatly weeded rows of tomato plants or jars of bread-and-butter pickles. But a sense of accomplishment is not a substitute for the rich worlds explored between the pages of a book, and it can’t compare with the 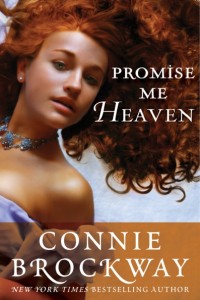 thrill of slipping into a heroine’s skin to feel her breathless anticipation on experiencing that first kiss with her hero.

In romance novels, we walk avenues closed to us in real lives, heading out on a journey of  both discovery and sacrifice, a love story where everything is hyperbolized, the men manlier, the women more vibrant, colors richer, the dialogue wittier, the passion stronger, the sex better.

And because this is the written word, every reader subtly changes and molds the story they read by becoming an essential part of it. It is the individual reader’s personal history that informs every scene. Your imagination provides the background noise in a ballroom, the quality of light in a predawn love scene, the timbre of the hero’s voice, the scent in a night blooming garden. A romance novel not invites only reader participation; it relies on it.

I don’t know how many more romance novels I will write. Soon after starting my third novel, I distinctly remember telling a friend “I think I have five romances in me.” That was twenty books ago. Romance kept and keeps surprising me. I keep imagining tales that need telling and conjuring up heartbreaking, hilarious, sophisticated, broad, raunchy, demure,  passionate people to inhabit them. And when I run out of those? Well, there’s a squirrel and chipmunk in my mom’s cedar trunk…

Recommendations: A MAN ABOVE REPROACH by Evelyn Pryce, set in 1830s London. It won the Amazon Breakthrough Novel Award – Romance and will be published in October by Montlake. I’d also like to mention the late, great, inimitable Edith Layton. 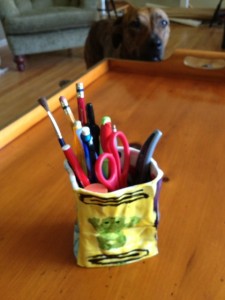 The “You are my Egypt” scene from AS YOU DESIRE.

Connie is generously donating three copies of NO PLACE FOR A DAME to US readers. To enter the domestic contest, either leave a comment here or enter the weekly drawing on the contest page. Or both.  (Only one entry per commenter per post, though – multiple comments on one essay does not give you more chances.)  Comment entries must be posted by 11:59pm EST Aug 31 to be eligible, though winners will be announced at a later date.

If you love Read-A-Romance Month and decide to buy recommended books, please consider using the links from the site. Every bit helps and I do get a tiny percentage of sales. Thank you for considering it! 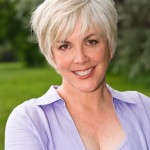 Connie’s early years are shrouded in mystery. What we do know is sketchy and incomplete but will be presented here in lieu of another way to fill space. Brockway claims to be a native of either Minnesota or New York. Neither has been confirmed. She also claims to be thirty-two. No one has even bothered looking into this.

We do know she was attending graduate school at the University of Minnesota when she became involved with medical student, David Brockway. At some point they apparently legalized the relationship because when next she surfaces, she is sporting a new surname and a daughter.

A decade of relative anonymity ensues– except for the infamous alien encounter photographs which have, of course, now been debunked. No substantiated records occur until 1994 when Brockway published her first book, PROMISE ME HEAVEN. Since then she has written over twenty full-length novels and anthology stories, bringing the current number of her books in print to over 1,500,000 published in thirteen countries.

An eight time finalist for Romance Writers of America prestigious RITA award, Brockway has twice been its recipient, first in 1998 for My Dearest Enemy and in 2002 for The Bridal Season. Her books regularly appear on national and regional bestseller lists and are frequent Doubleday/Literary Guild selections.

Today Connie lives in Minnesota with her husband David, a family physician, and two spoiled mutts.