How I discovered romance …

I came at it accidentally.  I never read a bona fide romance novel until I considered writing one.  Seriously.  I grew up on a budget, though books were always allowed.  Were romance novels on my radar screen?  No.  Were they prominently displayed in my local bookstores?  Not then, not now.  Hey, I’m from Boston – which has a gazillion wonderful features, not the least being resilience and grit, as we witnessed in April.  But literary open-mindedness?  Uh, I’ll pass on that. 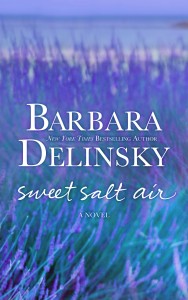 Suffice it to say that it’s a miracle The Boston Globe even thought to write an article on three women who wrote romance novels.  But I happened to see the piece, and these three women made it sound like this was something I could do with three active young sons at home.  But first, what was a Harlequin novel?  I had to find out.

I went to my library, my local five-and-dime, and yes, the way-back shelves of my local bookstore, and read some forty Harlequin novels over the next two months.  And I loved them!  Reading these took me away from raucous boy sounds and dirty laundry.  I was totally hooked.

Writing about romance gives me the same escape as reading about it.  Why?  For starters, because romance novels are about characters we care for.  As I writer who lives with her characters full-time during the writing of a book, to be stuck with someone I dislike would be disastrous.  And yet, I can’t tell you the number of (non-romance) books I’ve read in the last year in which I didn’t like the characters enough to want to push to the end.  Since a romantic relationship involves two people, we’re bound to like one while the other grows and changes, so that we find ourselves totally on their team at the end.

For another thing, romance novels are filled with hope.  Dreams don’t always come true in real life – and they don’t always in a romance novel either – but something good always comes from the effort.  Even if we don’t end up with a particular guy, we learn more about ourselves and, with that knowledge, find a situation or guy who is far better for us.

For a third, romance novels are healthy.  In a day and age when our kids don’t always see the best role models, the field of romance sets a high bar.  This isn’t to say these novels are pure.  Some of the sex scenes I’ve both read and written are pretty hot.  But in my books, at least, it’s done in the context of love.  This is the lesson I want my kids to see. 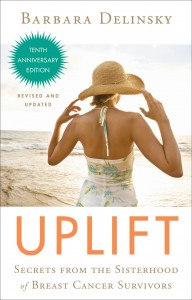 I suspect that even if I hadn’t stumbled across that piece in The Boston Globe – even if I hadn’t decided to read my Harlequins and take a shot at writing one – I’d have come to romance another way.  Clearly, given the number of love stories I’ve now written, I’m a romantic at heart.  I like to think that my books have helped readers through rough patches in their own lives, maybe even have inspired them to aim a little higher.

Romance is a dream.  If we don’t dream, we don’t grow.  And whether in real life or my books, growth is what I’m about.

Baggies of cat hair.  Chelsea was a medium-hair calico, and the brushes I used on her yielded a treasure of soft stuff.  My plan was to spin it into yarn and knit myself a pair of gloves, but I’ve yet to do it.  Chelsea died three years ago, and there’s something about seeing that hair in the raw that makes me feel like part of her is still here!

“Chrysalis.”  Though I’ve always wanted to title a book this, it never quite fit.  But the idea of morphing from one identity to the next does fit my life.  Who to play me?  Me!  I mean, what better way to reinvent myself than that?

For a birthday not too long ago, my sons and their wives chipped in to buy me a bronze statue of a bird-watcher.  It’s one step removed from a stick figure, but it’s definitely a woman, and she has binoculars at her eyes and is clearly engrossed in the act.  She’s in my backyard, watching birds at my feeder,  Each time I look at her, I think of these grown sons, all in different places now, calling each other to arrange for this gift.

Definitely Charlotte and Leo, from Sweet Salt Air.  So would you do it in the ocean?

Barbara is generously donating a signed copy of Sea Salt Air as a giveaway (U.S. only, apologies to international readers.) To enter, either leave a comment here or enter the weekly drawing on the contest page. Or both.  (Only one entry per commenter per post, though – multiple comments on one essay does not give you more chances.)  Comment entries must be posted by midnight EST Aug 5 to be eligible, though winners will be announced the following week.

Barbara Delinsky has written over twenty bestselling novels with thirty million copies in print and her work has been translated into  twenty different languages. Barbara’s fiction centers upon everyday families facing not-so-everyday challenges. She is particularly drawn to exploring themes of motherhood, marriage and sibling rivalry.

A lifelong New Englander, Barbara earned a B.A. in Psychology at Tufts University and an M.A. in Sociology at Boston College. As a breast cancer survivor who lost her mother to the disease when she was only eight, Barbara compiled the non-fiction book Uplift: Secrets From the Sisterhood of Breast Cancer Survivors, a handbook of practical tips and upbeat anecdotes. She donates her proceeds from the sale of this book to her charitable foundation, which funds an ongoing research fellowship at Massachusetts General Hospital.

When she’s not writing, Barbara enjoys knitting, photography, and cats, and she loves to interact with her readers. Please find her at www.barbaradelinsky.com