The Thing with Feathers

I read romance for the kissing. I’ll be honest. I love kissing, and I love fighting, not necessarily in that order. I love to read about beautiful settings, good food, swanky events that I’ll never get invited to. I love to read about rippling abs and fabulous shoes. Chocolate. Dogs. Apartments in Chicago and Manhattan.

Mostly, though, I read romance for the hope.

Oh, Higgins, you’re saying. How schmaltzy! Yes. I am. But I think we all read romance for that element above all others. You might want rugged coastlines or thoughtfully-made martinis or beautiful vampires or maybe some handcuffs…but you need hope. Why read a romance 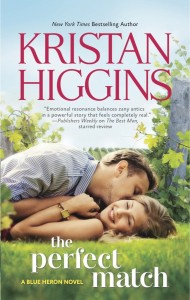 just for the nooky? Isn’t that what the Internet / marriage is for?

I read romance for the hope, I really do. People change for the better in a good romance novel. They’re not just bumping along in life and bam, meet the perfect man/woman and all their issues are miraculously solved. Nah. That’s boring. That’s demeaning, and simplistic.

In a romance, though, maybe the most romantic part isn’t the love relationship; it’s the idea that our protagonist can finally find the inner courage and strength to tackle the problem that’s always gummed up the works before now. After all, there’s a reason our hero and heroine don’t yet have what they truly want or need. In a romance novel, they’re going to go for it in a way they never have before. They’ll fail…and they’ll try again. It’s a hero’s journey of the heart.

In real life, we all have that friend who gets in her own way. The guy who has so much potential but somehow manages to sabotage himself. The people who’d be so great if only they’d (cough) listen to us and be happier. Of course, we all fall into that category, too. It’s hard to be human. Most people in life don’t transform, don’t have a clearly delineated character arc that blossoms in the space of a few weeks or months as the outer goal is accomplished. That’s what makes a romance novel so gratifying, and uplifting…and hopeful. They did it. They’re our role models, and it doesn’t matter if they’re fictional, so long as they walk the walk of someone who was stuck, and afraid to try something different, and risked it all for love…and triumphed. Better. Stronger. More whole. The love of the other character…that’s just the cherry on top. 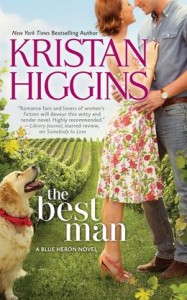 I got a letter from a young woman a couple of years ago, and I’ve read it and referenced it so many times that I have it memorized. It goes like this:

Dear Mrs. Higgins,
I have never had a boyfriend like the ones in your books. My boyfriend is not a very nice person. When he hit me, he was always sorry. Well, not really, but I stayed. But your books taught me what love should be and what I deserve, and I want you to know I am not with him anymore.

Reading that letter…that was one of the most humbling and proudest moments of my life. My books mattered to that girl. She was strong enough to see that she deserved better, and she left him. My God, the courage it must’ve taken to say, “I want what they have, those women in the books. And I’m going to have it.” And acting on it! That girl…she’s my hero. She’s the reason romance novels matter.

Looking for a fast-paced book with great characters and plenty of charm? Let me recommend:

I would have to go with a Christmas ornament that I love madly. It’s got a disproportionate, humanoid head; red wired wings and tiny, twisted pipe-cleaner arms. No legs, just a skirt. I don’t know what it is…a fairy? A portent of evil? It doesn’t matter. I love it, and no one is allowed to put it on the tree except yours truly. The rest of the family is, in fact, afraid of her.

It would be called “Where’s My Cell Phone?” I think Sandra Bullock could play me quite well. She does physically awkward like nobody’s business, and I’d like to be portrayed by someone who doesn’t have to wear Spanx. I’d also like to suggest Jake Gyllenhaal as the pool boy. Not that I have a pool boy, but I’d like one, and I’d like him to look like Jake.

Can I be really schmaltzy and say my kids? No? Okay, then I pick the fruit-fly trap McIrish gave me for Mother’s Day a few years ago. I loved that thing.

The romantic scene that leaps to mind is from ALL I EVER WANTED, when Callie seeks out Ian’s help. The not-dead-yet turkey, the over-excited Irish Setter, the ineptly applied bandages…what more do you need for a romantic night?

As for favorite romance novel couples, I really loved Matt and Allison in CAROLINA HOME by Virginia Kantra. There was something about those two that I really felt, you know? That wonderful feeling where their connection hits you right in the bone marrow in the most pleasant of ways.

Kristan is generously donating three copies of  The Best Man to give away (U.S. only, apologies to international readers.) To enter, either leave a comment here or enter the weekly drawing on the contest page. Or both.  (Only one entry per commenter per post, though – multiple comments on one essay does not give you more chances.)  Comment entries must be posted by midnight EST Aug 6 to be eligible, though winners will be announced the following week.

Called “the master of small-town romance,” Kristan Higgins is a New York Times and USA TODAY bestselling author and two-time winner of the Romance Writers of America RITA Award. Her novels have received starred reviews from Publishers Weekly, Booklist, Kirkus and Romantic Times. Though she originally wanted to be a Jedi knight and/or pediatrician, Kristan worked in advertising before she became a stay-at-home mom and started writing fiction during her children’s naptimes.

Kristan lives in her hometown in Connecticut with her heroic firefighter husband and two lovely children who sport long eyelashes and advanced vocabularies. The family shares their home with a hyperactive mutt named Willow and an occasionally affectionate feline named Huck. Kristan’s hobbies include baking, eating, boxing (true) and daydreaming about Robert Downey Jr. Visit her at www.kristanhiggins.com.