Reaching for the Stars

When I was a senior in high school my high school boyfriend took another girl to our prom. At the time, it was a shock. My senior prom! It didn’t matter that the girl asked him, that she was supposedly a good friend, or that she was the sweetheart of his sporting team and she asked him to escort her for the pageant portion of the prom. It mattered that instead of only escorting her for the initial pageant, he then 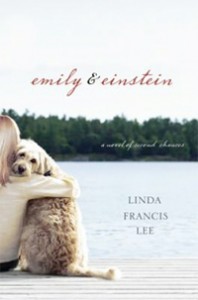 asked her to be his date for the rest of the dance and she said yes. But soon both of their betrayals became the greatest gift. Why? Because instead of going to the prom my brother and I went skiing with family friends, and it was on the long, lovely and cold drive from Texas to Colorado that the mother of that family gave me my first romance novel.

I had been raised on reading for school. See Spot Run. Or later, The Grapes of Wrath and Red Badge of Courage. For pleasure, I read biographies of historical figures. I was stunned reading my first historical romance – a thick novel filled with the history of English royalty and romance. Five years later I started writing my own romance novel. Now, all these years after that, I have written seventeen romance novels and three women’s fiction novels that are filled with romance. No question my life changed for the better the minute my boyfriend asked another girl to our senior prom.

The truth was, from the minute I opened the cover of that very first book I was hooked. The pages were filled with men and women you could root for. These were men and women who valued honor and were willing to do the hard work to become better people. That first novel mattered because it showed me a glimpse of the type of love I would rather have than the type served up by a boyfriend who would take a friend of mine to our prom.  Years of reading romance novels taught me that doormats never won. The kind of woman who stood up for herself, who showed the hero that she loved him, all the while refusing to cow to him in any way – even if she felt the need to – was the kind of woman I wanted to be. 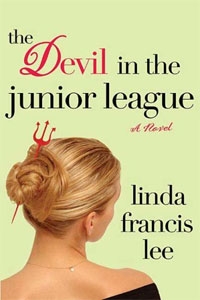 Can romance novels be unrealistic, or too good to be true? In some cases, yes. But to me, the best romance novels are like myths, the sorts of stories that were once told to teach people a better way to live, a way to teach women to stand up for themselves, to be individuals, to be strong. The very best romance novels make readers want to reach for the stars and not settle for less.

Since we are always looking for new-to-us great authors, let me recommend:

An author whose work I enjoy ~ M.J. Rose

An author I found through e-books ~ Samantha Young

I have a stuffed Snoopy that my grandfather gave me when I was 10. All these years later it is ragged, falling apart, but a reminder of good men and a love that is unconditional.

My husband – who truly loves me for better or worse . . . perhaps a reference to The Misadventures of Linda!

So far, I have two favorite couples from my books: Finnea and Matthew in an older historical of mine, DOVE’S WAY. Also, I love Frede Ware and Sawyer Jackson in THE DEVIL IN THE JUNIOR LEAGUE. Since I wrote DEVIL, I’ve had readers who have written to me saying they named children after Sawyer. He is truly a man of strong values and honor. Plus he is hot.

Linda is generously donating five copies of Emily & Einstein (U.S. only, apologies to international readers.) To enter, either leave a comment here or enter the weekly drawing on the contest page. Or both.  (Only one entry per commenter per post, though – multiple comments on one essay does not give you more chances.)  Comment entries must be posted by midnight EST Aug 6 to be eligible, though winners will be announced the following week.

Linda Francis Lee is a native Texan now calling New York City home. Linda’s writing career began when her article “There Is No Finish Line” was published in her university’s quarterly magazine. But she got sidetracked from writing when she started teaching probability and statistics. Later she found her way back to writing, and the Atlanta Journal Constitution called her breakout novel, Blue Waltz, “absolutely stunning.” Now Linda is the author of nineteen books that are published in sixteen countries around the world. Two of her most recent novels are in development for feature films, and she is in the process of co-developing a television series set in her beloved Texas. When Linda isn’t writing, she loves to run in Central Park and spend time with her husband, family, and friends. She loves to hear from readers. You can find her at lindafrancislee.com.