We all know that the romance genre occupies the lowest rung of respectability among all literary genres. And perhaps that is because life in the “real” world can soon turn us into cynics who can see only the bad things that go on around us. It is perfectly understandable. Just tune in to any news channel or any reality-type show or pick up any news magazine. And we all know that divorce rates have skyrocketed in the 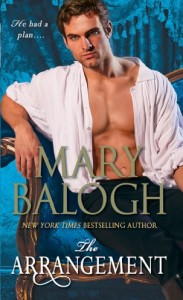 past half century if people even make it as far as marrying. The idea that two people can fall in love, commit their lives to each other, and expect to live together in a happy, fulfilling relationship for the rest of their lives is ludicrous, farcical, naive, silly.

But IS it? Don’t you know any people who simply love? Any couples who are still happy together after a year? Ten years? Sixty years? Don’t you know ANY? I certainly do. And all around me, when I take off the cynic glasses and set aside preconceived ideas bred into me by the news media and those who take it too seriously, I see people who have decided or learned that love is all that really matters and that being happy is all that really matters. Love is possible, and love stories are possible. They are no more unrealistic than the horror stories that fill our screens every day. Oh, the horror stories happen right enough and sometimes deserve our attention and sympathy, but they are not nearly as prevalent as we can come to believe. Love-filled stories happen at least as frequently and probably many times more so.

I believe that to be happy, well-balanced individuals we must learn to love ourselves, warts and all. And we must learn to love others and–often more difficult–allow ourselves to be loved. These three components of love can come together with beautiful effect in a well-told love story in which two lonely and/or wounded souls heal under each other’s influence and develop a friendship and a love that are rock solid and soul-deep. Love stories can be life and literature at their very best. They can be worth writing and worth reading, and while they can be a form of escape–for they do offer a sure happy ending–they can also lead the reader into reality, into a deeper understanding of what life ought to be and can be.

I write love stories because I believe in love and because love matters.

I would recommend Grace Burrowes to anyone who likes Regency-era romance.  She is fairly new but prolific and already has a wealth of titles and series.  Candice Hern now self-publishes her Regency-era historicals exclusively in e-book format, I believe, and with great success. She is a superb writer and well worth seeking out.

If there is a polar opposite of a pack rat, I am it. I don’t keep things I have no use for. I am ruthless. Sometimes I will look for something I chucked a few weeks before. So I have nothing I consider crazy or ugly or a mere sentimental keeper.

If there was a movie made about your life, what would it be called? (Andjust for fun, who would play you?) 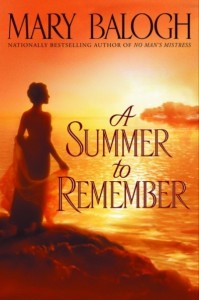 No, can’t do it! There are probably thousands of little things people have given me or done for me or said to me that have touched me deeply. It would be unfair to single out just one.

Kit Butler and Lauren Edgeworth from A SUMMER TO REMEMBER. From someone else’s books: Mr. Darcy and Elizabeth Bennett from PRIDE AND PREJUDICE.

Mary is generously donating two copies of  The Arrangement to give away internationally (enter here) and two to U.S. readers. To enter the domestic contest, either leave a comment here or enter the weekly drawing on the contest page. Or both.  (Only one entry per commenter per post, though – multiple comments on one essay does not give you more chances.)  Comment entries must be posted by midnight EST Aug 7 to be eligible, though winners will be announced the following week.

Mary Balogh grew up in Wales and now lives in Saskatchewan, Canada with husband Robert. They have three adult children, five grandchildren, and two great-grandchildren. Mary taught high school English for twenty years but now writes full-time. She has written more than 100 novels and novellas, most of which are set in 19th century Regency England and all of which are love stories. They include twenty-six New York Times bestsellers. See her web site at www.marybalogh.com.