I started reading romances around the age of twelve, the same time, according to my mother, that I entered “that awkward stage.” And that was a kind way to describe it. Suddenly, everything I ate fed only my nose, starving my neck, my legs, my arms–all of which were the approximate circumference of no. 2 pencils. Instead of feathering, my thick hair rested in clumps around my ears Princess Leia-style. 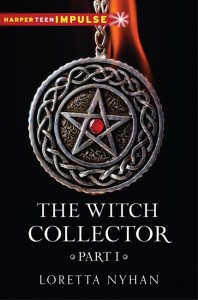 In a nutshell, I was the girl who held up the wall at school dances.

Eventually I grew into myself, but at the time—this was the early 80s, when the self-esteem movement was but a faint glimmer in our sparkly blue eye shadow—I was miserable.

But then…rescue came, not in the form of Prince Charming but in the squat, brick building known as the Roden Branch of the Chicago Public Library. A very astute librarian, having watched me pick up and put back a Nancy Drew mystery I’d probably read at least a hundred times, asked me a question which would change my life: Have you read anything from the Sweet Dreams series? She held up a book called P.S. I LOVE YOU. A pensive girl with haunted, soulful eyes stared back at me from the cover. She looked like she needed more than a friend–she needed a confidante.

I whipped out my library card faster than you could say “Duran Duran.”

Romance novels became mine to devour.  I read at the breakfast table, on the way to school, in between classes; I’d even lock myself in the bathroom to get in a few more chapters when the house was in chaos. I couldn’t get enough. 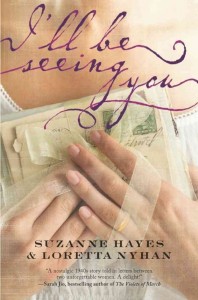 Their appeal lay in more than simple fantasy. The heroines in those novels were occasionally perfect, golden-haired beauties, but more often they were regular girls experiencing first love AND dealing with family issues, academic pressures, athletic competition, and simply figuring out who they were and what they stood for. Each novel added to my growing knowledge of how people connected with each other. I didn’t read those books and feel envy (well, maybe a little), I felt hope.

Hope makes you feel good about the world, which is only a short step from feeling good about yourself.

The Sweet Dreams books evolved into the immensely popular Sweet Valley High series. After figuring out how to use a curling iron and tweezers, I changed into someone with slightly more commercial prospects as well. But I never stopped reading romance because I never grew tired of learning about the many ways we find out who we are and how fit into the world, how we fall in love with ourselves and others.

The only difference is now you’ll never find me hiding on the outskirts of a dance floor—I’ll be right in the middle, smiling from ear to ear and shaking what I’ve got.

A severely dented tin lunch carrier with a busted handle. My grandfather used it to bring lunch to his job in the steel mills during the 30s and 40s.

Much Ado About Nothing (oh, wait—that’s not entirely original, is it?) I’d like to say some sultry brunette like Rachel Weisz or Mary Louise Parker would play me, but in reality it would be someone more head-in-the-clouds like Diane Keaton.

I feel incredibly blessed, as this is the most difficult question to answer because I have a lot of choices. I’m going to go with something recent: a dear friend gave me a metal badge from the 34th Infantry in WWII. It belonged to her father, whose battalion followed the same Northern Africa to Italy path my character Sal’s does in my novel I’LL BE SEEING YOU.

In I’LL BE SEEING YOU, the letters from Rita to her husband Sal, who is serving overseas during WWII.  The strength of their love shines through in those short V-mails.

Loretta is generously donating two copies of I’ll Be Seeing You and  two copies of The Witch Collector (e=published only) to give away to U.S. readers. (apologies to international readers). To enter, either leave a comment here or enter the weekly drawing on the contest page. Or both.  (Only one entry per commenter per post, though – multiple comments on one essay does not give you more chances.)  Comment entries must be posted by midnight EST Aug 8 to be eligible, though winners will be announced the following week.

I’ll Be Seeing You, Loretta Nyhan’s novel cowritten with Suzanne Hayes, debuted from Harlequin Mira in June 2013. Loretta and Suzy are hard at work on a second book for Mira, Empire Girls (coming June 2014). Loretta also writes paranormal thrillers for HarperTeen. You can find her at lorettanyhan.blogspot.com or suzyandloretta.com

When she’s not writing, Loretta is knitting, baking, and doing all kinds of things her high school self would have found hilarious. She lives in the Chicagoland area with her very patient husband and two wonderful sons.