Since I began writing fiction, I’ve been asked on occasion why I chose to write in the romance genre. The answer is simple – I’ve always been in love with falling in love. You see, I think mankind needs more than the basics of life such as water and air to survive. We have a deeply held desire to be loved and to be able to share the love within us with someone else. We often physically ache when we don’t have these things, and when we find them we glory in the euphoria. 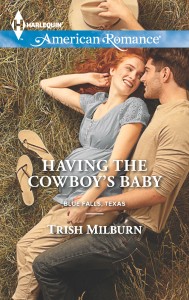 That said, chances are most of us will actually fall in love with someone only a few times, perhaps only once, in our lifetime. But luckily for us, there are other ways to feel that excitement and joy of falling in love again and again. That’s why I’m drawn to romantic movies, why I “ship” certain couples in TV shows, and why romance novels are near and dear to my heart. We get to bear witness to that thrilling, often beautiful, sometimes stressful process of falling in love and then living happily ever after. And it reminds me that I’m lucky that I found my own hero more than 20 years ago when we were still ready-to-take-on-the-world college students.

All these fictional couples also inspire me to keep writing stories that will hopefully touch the people who read them. It doesn’t matter if I’m writing contemporary rodeo cowboys, urban vampires in a post-pandemic world or even young adult fiction, I can’t seem to not include some level of romance. It’s just part of who I am, and I’m guessing there are lots of other authors who are the same. No matter the setting, that story of finding true love comes through. Every romance author probably has stories of readers who have written to them to say that their books, their fictional tales of falling in love, have gotten them through a dark time. There is no better feeling than knowing the words you’ve written have given someone comfort, joy, or the strength to go on and face another day.

Like most things, the romance genre has evolved. While you might still find damsels in distress, they are just as likely to save themselves as be saved by some knight in shining armor. But even though the heroines have become stronger and more self-reliant, that doesn’t mean they don’t want love in their lives. And despite those critics out there who like to denigrate the romance genre, I firmly believe that love is a basic human need that begs to be fed. And there’s absolutely nothing wrong with that. We can be strong and independent and still share our lives with someone who loves us as much as we love them.

Honestly, in a world where the news is filled with one horrible thing after another, I think positive stories of falling in love and making a 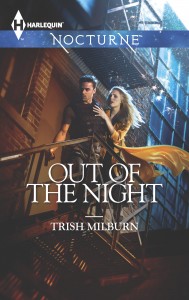 commitment to another person is just what we all need. Some light to counter all the encroaching darkness, something to remind us that the world isn’t all bad, that there is still reason to hope. I was reminded of this when I passed a sign recently that bore a quote from Dr. Martin Luther King, Jr.

“I have decided to stick with love. Hate is too great a burden to bear.”

I, too, will stick with love.

Recommendation:
MJ Fredrick – MJ writes a spectrum of genres and settings. They’re all great. I highly recommend them.

I can’t really think of anything crazy or ugly, unless you count my hair when I get up in the morning. 🙂 But I have a couple of things that are older and sentimental. One is my little pink pair of baby shoes. I brought these home when my dad passed away a couple of years ago. They have little jingle bells on them so that Mom and Dad would always know where I was. The other is a rocking chair that is probably about 100 years old. It was my great-grandmother’s, and I brought it home this past spring when my mom passed. Since I don’t have kids, I’ll eventually pass it on to one of my nieces.

Out of the Holler. 🙂 Yes, I grew up in a Kentucky “holler.” Sounds like a country song, doesn’t it? I’d love for Jennifer Lawrence to play a younger me because I admire her both as an actress and as a person, and she’s a Kentucky gal, too, so she’d be able to get the accent right.

There are lots of things I can name, but one that is simple and special is what my husband gave me one Valentine’s Day. I walked out to my car to go to work, and sitting in my driver’s seat was a little stuffed puppy holding a Three Musketeers bar. I love puppies and Three Musketeers bars, so it was really sweet.

I love all my characters, but the hero and heroine in Cowboy to the Rescue were special because they were these two people with deep emotional wounds who not only found love but were able to help each other heal.

*Trish will give something away, but she is dealing with some family matters and I did not want to bother her with the details. Please leave a comment if you’re interested in reading one of her books (find other details at the contest page), and we’ll announce what the prizes are later. If there is an international option, you’ll be previously entered from another post.

Trish Milburn was born and grew up in Kentucky.  She wrote her first  romance as a class project way back in the sixth grade.  It was the beginning of her writing career, even if until the early 1990s that writing consisted mainly of research papers and essay test questions and then newspaper articles.  The love of reading and writing has brought her joy and some of the most wonderful friends a girl could have, including the members of the Wet Noodle Posse, the Romance Bandits, and Music City Romance Writers.  During her journey to publication, she finaled in RWA’s  Golden Heart eight times and won twice – in 2004 in Romantic Suspense and in 2007 for Young Adult. In, June 2007, she finally got “The Call” and sold her first two books, young adult titles, to Razorbill, a part of Penguin Young Readers Group. In Oct 2007,  she was thrilled to sell two romances to Harlequin American.

Buy Trish’s and other books at Amazon