I met my husband in Paris. He was waiting tables to support the end of his studies. I was surviving on a graduate stipend, to pursue mine. I asked him out. I thought he was far too cute and sexy for me and bound to be a womanizing jerk, given how hot he was, but my friends egged me on. I was very shy, but sometimes you just have to take a risk. So I did.

We changed our lives. We moved countries. We quit studies, and found new jobs, and were poor, and fought, and kept at it. 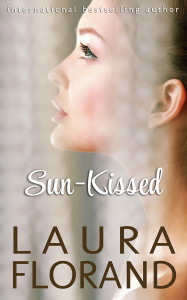 In the six months after our baby was born, I threatened to divorce him more times than I can count. I think now I might have been dealing with some undiagnosed postpartum depression, but maybe it was just sleep-deprivation and a very short fuse. He kept at it.

And I’m here to tell you that I know about the power of love — of romantic love and of that grit-your-teeth-and-keep-going love — and I believe in celebrating it. I believe in believing in it. What you believe in makes a big difference to what you can do.

I don’t have any problem with fantasy, and I don’t care how unrealistic the buoyancy that’s holding up your boat: whether it be a dominant billionaire, or the five millionth duke in Regency England, or being the best Seeker in Quidditch at the age of eleven, or able to take out terrorists single-handedly, or always track down the villain and bring him to justice. I think fantasies help us be: they help us find balance and courage, and they help us take a breath and fall asleep dreaming instead of stressed. They teach us empathy, and that includes empathy for ourselves.

But I also don’t think that a love that surmounts all problems is a fantasy, anymore than I think stubborn courage is a fantasy. Whatever fantastical structure a story might take (shapechanger dragons? angels? yes, yes, even sparkly vampires?), the heart of that story is what refreshes our own heart.

Love truly does drive the world. (So do courage, laughter, persistence, and the willingness to take risks, all of which are messages communicated in romances over and over.) Just take a look at history or biology and you can see this. Love is a powerful and intimate force and plays a vital role in the happiness of both individuals and their family groups (suggesting that we might be able to formulate some hypotheses about implications for broader societal happiness, too).

And I have to say, having studied somewhat the history of the development of love stories in literature, that we are lucky, truly, truly fortunate, to be living in a time that is so rich with wonderful, fulfilling romances of every shape and description. If you are my age, not only have you grown up with an amazing selection of romance authors to choose from, but you are, with me, witnessing this incredible blossoming of everything that a love story can be, via authors who are continually exploring and expanding the genre.

We might even have to stop calling it genre and just call it the most powerful and fundamental story to human existence.

I could work with that.

I could recommend so many authors here, so I am going to stick with contemporary and recommend the last three fantastic books I’ve read as I write this post (in April).

First, Virginia Kantra’s Carolina Man, which is such a sweet and powerful story about love, family, and the Carolina islands, all focused around Luke, as he returns from Afghanistan to meet the daughter he never knew he had, and Kate, the lawyer in charge of her case. (Virginia RARM 8/17)

And the other two are both from Pennies: Penny Watson’s Apples Should Be Red, an irresistible and hilarious story about a 63-year-old curmudgeon and the pearl-wearing widow in whom he meets his match, and Penny Reid’s Knitting in the City series (Neanderthal Meets Human, etc.), with its quirky, individual heroines and heroes and delightful wit and yet depth of emotion.

I could go on and on from there so have to stop myself with, literally, the last three contemporary books I’ve read and loved.

Penny Watson has written a Read-a-Romance Month post on her own blog. You can read her essay here. And you can read Penny Reid’s RARM post here.

Had a child! But before that, I will say: asking out the man who became my husband and falling in love with him. I had always been an adventurer — I backpacked around Greece by myself when I was seventeen, I went to live in Tahiti for a year, I traveled all over Europe alone, things that were definitely outside the norm for a girl from my small hometown in Georgia. But asking out that super cute waiter in Paris took all my nerve, and then came the hard part: being willing to believe in love enough for each of us to risk all our lives on it. That’s tough. But it’s been a great adventure.

When I was nine years old, in the third grade, we were assigned a short story to write. I and my rival for teacher’s pet kept calling each other all evening. I would say, “Mine is four pages long!” She would say smugly, “Mine is six.” I’d scramble madly for ideas and call back: “Seven!” “Eight.”

The next day mine was nine whole pages.

And hers was twelve.

To this day, I have never stopped writing, and all I can say is: I’m pretty sure mine are longer now.

It would be absolutely hilarious, however, if she was busy scribbling away under the pseudonym of Diana Gabaldon or something and still beating me.

Oh, wow. All books change my life, to a certain extent. I could never pick one. But I think when we are young, we fall in love with stories in a way it’s hard to replicate later, and thus books like The Lord of the Rings and Sally Watson’s books still have a huge power over me. The only problem with those books was that they never had nearly enough romance for me, so I had to write my own. Which was, obviously, life-changing, too. 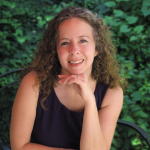 International bestselling author Laura Florand was born in a small town in Georgia, but the travel bug bit her early. After a Fulbright year in Tahiti, a semester in Spain, and backpacking everywhere from New Zealand to Greece, she ended up living in Paris, where she met and married her own handsome Frenchman. She is now a lecturer at Duke University and very dedicated to her research into French chocolate. For some behind the scenes glimpses of that research, please visit her website at www.lauraflorand.com or join her on Facebook.