I’m in a reading slump. You might have had them – when all the books that you normally would love reading just don’t appeal for some 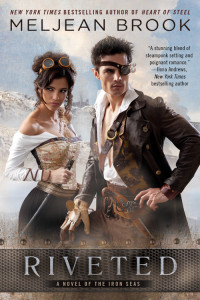 reason or another. I’m a dedicated romance reader, but I’ve hit these slumps several times over the years, and each time the solution has always been to read outside the genre: usually horror, thrillers, and post-apocalyptic science fiction (and a few others tossed in).

I like books without romance well enough. Oh, but when you’re reading a fast-paced zombie novel and an unexpected romance suddenly begins? Sweet bliss. The romance doesn’t have to be a huge part of the plot. There doesn’t have to be sex. There doesn’t even have to be a happy ending! But there’s something so very satisfying in encountering a romance within another genre, especially when you’re having a difficult time reading a real romance novel.

Is it because it adds another layer of tension? If people are in danger, then that nebulous relationship also comes under fire – and maybe that nascent love is one more thing that you hope survives the book. Or maybe it’s just because falling in love adds vulnerability to any character. It adds a little more depth when a character cares about more than just his or her own survival.

Although it’s not a book, my favorite example of this is the movie Terminator. I don’t think it’s too spoilery to say that romance doesn’t exactly have a happily-ever-after…but it is such a wonderful surprise within a movie that, from the outside, looks like nothing more than a shoot-‘em-up sci-fi action flick. It’s sweet and poignant, and Kyle’s love for Sarah gives him a vulnerability and motivation that goes much deeper than “I don’t want the robot to kill me.” It’s not just his own life or the future at stake (which would certainly be enough!) but the life of the woman he loves. It’s far more personal.

So I don’t always need romance. But, oh boy – when it’s there and when it’s good? It just doesn’t get any better.

Since I talked about books straddling the line, how about non-romance books that are satisfying for romance readers?

Anne Bishop’s Black Jewels series, beginning with DAUGHTER OF THE BLOOD – anyone who loves Nalini Singh’s angel series will probably love these fantasy novels, too. It’s a dark world, but the male leads are so incredibly dedicated to their queen. (And Lucivar’s novella in the DREAMS MADE FLESH anthology is pure, wonderful romance.)

Rachel Bach’s FORTUNE’S PAWN (Book 1 of the Paradox Trilogy.) I’m reading this sci-fi trilogy next, but all of the reviews I’ve read mention that the romance is wonderfully satisfying, so I’m really looking forward to it.

WATCHERS by Dean Koontz. The romance in this horror/thriller feels a little dated now, but at the same time, it’s so sweet. And it’s also a love story between a new couple and an intelligent dog! How can anyone resist?

Submitting my first story. Which doesn’t sound all that impressive, I guess, but I think it’s partially what draws me to romance – most of the 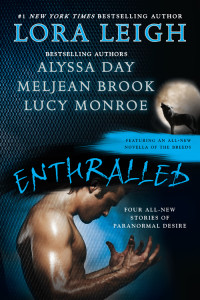 risks that are taken within the books are emotional ones, not physical. I’ve done a couple of more physically daring things (maybe stupid things?) but nothing that exposed me in quite the same way or that mattered so much.

It was rejected, by the way. And I survived!

I always wanted to write (and to write romance) but didn’t really think that it was a viable career choice. So I wrote fanfiction while I was doing my “real” work and published them online. Then, in 2004, one of those fanfiction stories was read by an editor from Berkley, and she emailed me to ask if I had anything for her to look at. I did! And my first paranormal romance series followed.

On Writing by Stephen King – I don’t really connect with a lot of writing books, but I did with this one. It was one of those books that spoke to me on a visceral level, and basically it’s all just: read, read, read, and write, write, write. Always make your work better.

But more than anything, it was the book that kicked me in the behind and told me to buckle down and get serious about my writing. Not just on-the-side or not finishing my stories. To really put my head down and do it. 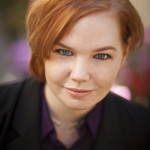