Happy Endings For The Win

I am not a big fan of unhappy endings.

That was why, when someone insisted that I simply must read Atonement, I gave her an unequivocal “No.”

From there the conversation degenerated into how sorry she was that I was not willing to expand my horizons, 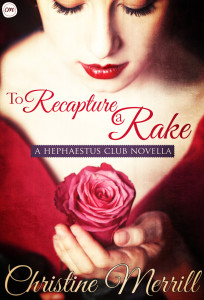 that I was willing to reject a well written book, and actual literature, in favor of romance novels.

I tried to explain that I was perfectly capable of appreciating it. As a writer and an English major, I respect a well crafted plot, and a well honed sentence. I can talk symbols and themes with the best of ‘em. But after reading the synopsis, I was not going to touch that story with a stick.

The argument continued. I was short-changing myself. I was settling for less. I wasn’t just missing a chance to elevate my mind. I was flatly refusing to do so.

I countered with what I hoped would be a game ender. I struggle with depression. One of the ways to survive it is to not go out of the way to make yourself more depressed. Since my job as a writer requires me to get way too attached to fictional people, I choose my imaginary friends with care. I do not have room in my psyche for miserable people who come to a bad end. In fact, my therapist specifically told me not to see the movie version of Atonement.

I offered to bring a note to that effect.   For medical reasons, please excuse Christine Merrill from unhappy endings.

My opponent was not impressed. She pitied me. If only I tried the book, I would see how wrong I was. Since I flatly refused to do so, I could almost hear myself being filed in the ‘willfully ignorant’ category of her world view.

Lots of people agree with her. Every couple of months, someone writes an essay on Huffpo or Salon about why we should not read (romance, YA, JK Rowling, or the genre fiction of your choice), but should devote ourselves to ‘important books.’ More often than not, these are the books that sneer at happy endings as unrealistic and beneath the dignity of literature. There is even a commercial getting a lot of air lately, reminding me that ‘sad stories are the only ones worth telling.’

Gee, thanks for invalidating my entire career, random commercial. Somebody get me a Prozac.

I’ll admit, there tends to be a grand scope in tragedy that makes it seem really important. But one has only to watch the evening news to be inundated with the misery of life and death situations that don’t end well. Those real life events are a hundred times more dramatic than anything in fiction. There are sad stories aplenty, all around me. 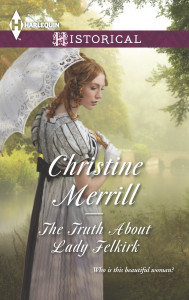 But they are by no means the most important stories.

Romances are (generally) about two people and the love they share. There is nothing smaller than that. But if you are one of the people, there is nothing more important. To invalidate stories of love and happiness is to say that the lives of individuals don’t matter.

I’m sorry, I just don’t want to hear that. The more I’ve had to confront real tragedy, the less likely I am to seek it out fictional tragedy in my spare time. What I want, more than anything, is to be told that there is still some hope for tomorrow. I want to be able to invest in a small but important story about people finding each other, clinging to each other, and carving out their own place in the world. Hope, above all, is the central theme of romances. No matter what has come before or how it has damaged the characters, no matter how high the odds, at the end of the book there will be healing, love and a future.

When we remember the myth of Pandora’s Box, we tend to focus on the release of evil on an unsuspecting world. But we gloss over the fact that the last thing in the box after all Hell broke loose, was the spirit of Hope. In my opinion, the Greeks saved the most important thing for last.

I adore the His Fair Assassin Trilogy by Robin LaFevers and am eagerly awaiting the next book, Mortal Heart.

Also, anything by Corrina Lawson. She writes superhero romance, and is starting a new steampunk series with The Curse of the Brimstone Contract. (Read Corrina’s RARM post here.)

Questions For The Author:

I was a team manager for Destination Imagination for over 10 years. DI is a problem solving competition for school age kids, and the job of the manager is to let them solve problems on their own without any adult interference or help.

I swear, years later, I still have a dent in my tongue from all the time spent biting it trying to keep quiet.

I always knew I wanted to be a writer, but it took years for me to believe that it was a realistic goal. Everyone wants to write a book. But no one actually does it. I tried a whole bunch of jobs first, trying to be sensible (if working in professional theater costuming can be called sensible). Getting a library degree was definitely a sensible choice.But nothing really worked for me until I decided to follow my dream and write.

The Scarlet Pimpernel. I did not read ‘real’ romance until I was in college, since I didn’t think my family would approve of them. But there was no objection to old fashioned swashbucklers, and the Pimpernel was my favorite. There is a scene where he waits until his wife leaves and then gets down and kisses the ground she walked on, rather than admit his feelings to her face. It took me years to start writing, and even longer to sell a book. But the day I read that was the day I became a romance novelist.

Christine is generously offering 3 copies of “The Truth About Lady Felkirk” to give away to US readers (entry form at the bottom of the page), and one copy for international readers (who can enter here). 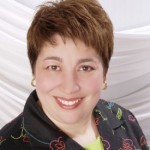 Award winning author, Christine Merrill, has written over fifteen historical novels and an assortment of stories and novellas for Harlequin Mills and Boon, and has self published two contemporaries.  She is also the only author of Regency set historicals ever to fail a college English class covering Jane Austen.  If pressed, she will insist that the F had more to do with her feelings on Tristram Shandy than Northanger Abbey.  Eventually, she discovered Pride and Prejudice and learned the error of her ways.