I come to Romance a showbiz refugee. 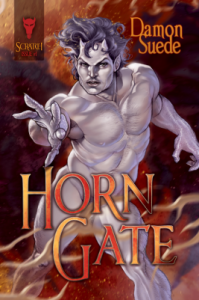 Before 2010, my bread-n-butter dayjob was scripting for film/TV/theatre, which is not nearly as glamorous as it sounds. I’ve always been a gabber and a scribbler, so I loved the rough-n-tumble of producing entertainment. My first paid gig as a writer was back in the early 1990s and from that moment until 2010, I spent all my time putting words in other people’s mouths for stage and screen.

Lucrative yes, but discouraging for an imaginative fella with stories to tell. As much as I loved the sparkling shark tank, twenty-plus years had taught me plenty about the limited creativity possible when working for anxious suits who live in a state of penury and panic. About 4 years ago, I was itching for a creative challenge. I’d always read romance, and had gotten a little bored with scripting for hire.

With all shows, budget is topic A at all times. A script that costs a couple hundred million to shoot faces an uphill battle and comes to market with hideous scars. My first romance novel (Hot Head) was written on a dare and changed my life. When it came time to tackle my first book, I cut loose: burning buildings, scandalous topics, crazy sex, and monumental angst. All that freedom unleashed something in me. I wrote it very quickly on a lark, and went right back to screenwriting gigs.

Then when the book came out in 2011, it hit number one on Amazon and sat there for six months…a serious rug-pull that came at the best possible 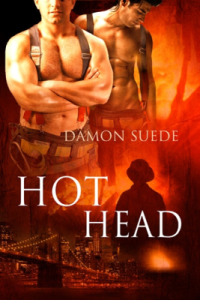 moment. After years in the tinsel trenches, I’d stumbled into a loving community that wanted, no…demanded stories at a whiplash pace and wanted crazy escapist fantasies. After a lot of agita, I had a sit down with my rep team and told them I wanted to focus my energy on romance. Far as I was concerned, the “Biz” could take a backseat.

Writing romance gave me all kinds of creative and professional options that had grown increasingly rare in show business. Nothing was off the table: criminals, giants, sex demons, and nerdy nutters all deserved their happy endings. I learned how accepting and celebratory the romance community can be. There’s a reason Romance sits at the top of the publishing and fandom food chain… and a group of lions is called a pride for a reason.

Our Romance “pride” encourages excellence and embraces diversity. I may write gay romance, but this community never blinked about the same-sex pairings in my work. Small wonder, for hundreds of years, romances have acknowledged the value of feelings and the power of human connection. Gay romance is a hot topic rather than the freckled freak in the corner. My colleagues in the industry have invariably treated me not as a special snowflake or a crippled victim but as a valued colleague from day one.

Oddly enough, the homo content may get zero abuse, but the romance classification is less fortunate. Romance shaming runs deep in our culture, and the romance closet is way deeper than its homo cousin. Even a few LGBT friends still give me grief about writing “those” books.

Between thee and me, Romance is easily the most tolerant, diverse, and supportive community I’ve ever written in…and that goes for fans, writers, and publishers. By definition romance readers believe in the power of relationships and work to nurture them in ways impossible to imagine in show business. Of course there’s competition for audiences and sales, but in a community which devours books at breakneck speed, all boats rise together. Word of mouth is king: every enthusiastic rec can create a new reader. Sharing great books and engaging with each other positively helps us all.

A couple months back, Lady Jane’s invited me to read here in Manhattan right before RT. I was psyched and honored when they introduced me at 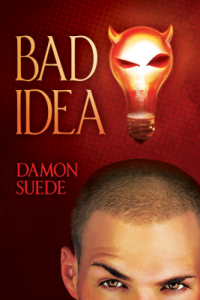 some length as a bestseller, as a romance advocate, as a past RWA chapter president, as a generally fun guy on the dance floor. About five minutes into reading a steamy kissing scene to the crowded room, I realized that NO ONE had said ever the word gay about me or my books. The Lady Jane staff never mentioned in their program or their intro that I wrote about dudes falling for each other at any point because it didn’t matter. Bottom line: I wrote books Lady Jane’s dug and nothing else mattered. Crazy and amazing. That could never happen in studio meetings, which avoid any whiff of controversy and risks like radioactive vomit.

Romance only has two requirements: an important relationship and a positive outcome. No small task! The legendary Jude Devereaux often notes how difficult it is to surprise readers who already know the ending. This oceanic genre demands love and hope and beyond that, the sky is no limit. As a writer, that kind of affectionate broadmindedness is exhilarating and I’ll never take it for granted. After decades in showbiz being treated like the bastard at a family reunion, I have found the folks worth slaving for.

We deserve to roar. Our genre is the cornerstone of western literature and the beating heart of every story that gives weight to a character’s feelings. Modern fiction grew from the nineteenth century’s much-derided “sentimental” novels. In Latinate languages, the word roman means “novel.” Hell, every major literary genre grew out of romance: gothics birthed mystery and horror, scientific romance spawned sci-fi, and fantasy is a mutation of tales of chivalry. The current YA revolution is born of romance and has shifted the numbers on literacy in shocking ways. Take that, naysayers!

For all the general grousing from mass media, we represent more than 60% of ALL paperback book sales on earth. As a professional I’m not too bothered: we consistently prop up the entire publishing industry and generate billions in sales. As a proud fan, I tend to ignore it as small words from small minds. Closets are for clothes.

My RWA chapter, the Rainbow Romance Writers has a killer tagline: “Changing minds, one heart at a time.” I think that directive holds true not just of LGBT romance but for ALL romance fiction. These “trashy” books don’t give “credulous” readers unreasonable expectations; rather, romance novels teach us all to…to examine our choices, to ask for more from our lives, to honor emotion and experiences different from our own, and to take concrete steps toward our possible Happy Endings.

Showbiz may be the mass media of the moment, but Romance has spent a couple centuries changing minds one heart at a time and the world is better for it. These days, I still love watching shows, but I don’t live them in the same way I once did. Stepping outside my shiny showbiz box to write romance transformed my life in ways for which I’ll always be grateful. Reading may be less convenient that the tube we call boob, but the benefits and payoff are exponentially greater.

Stand up for the books you love and share them when you can. Celebrate the characters who’ve changed your mind and touched your heart. Let your romance pride flap in the wind! And ROAR! I’ll be right there roaring beside you.

You are reading this post at ReadARomanceMonth.com, where in August 93 writers—including some of the biggest names in romance—wrote essays on the topic “Celebrate Romance.” Be sure to check out the calendar which links to all 93 essays.

When I was 20 I moved to London to work as an actor. I was this kinetic kid from Texas with a big mouth and no filter. I had only been to Europe for a backpacking vacation and knew only one person in London: the director who’d cast me as a lead in a UK production of Midsummer Night’s Dream. My then boyfriend was working in Prague and Vienna and I took a crazy leap of faith, eventually living and working in Europe for several years. The experience transformed my entire life. When I moved there I was working full-time as an actor, but by the time I came home I’d become a writer/director working on the other side of the rehearsal table. Plays would lead me to my writing for film, comics, and television which in turn led to Romance fiction. Some of my best long-term friendships were sparked in that time and to this day there are moments when I miss London like home.

I’ve always been a gabber so looking back it seems inevitable. I grew up as a child actor because of my singing voice. And I was such a voracious reader that writing came easily to me. By the time I moved to London to do that Shakespeare tour, I’d fallen in love with the traveling, the rush of performance, and the audience interaction. Still… right when I was packing a NY director told me that I’d end up a writer because I was going to get bored of saying other people’s words. At the time I thought it was an insult, but now I know what she meant. I did get bored and I had stories of my own I wanted to tell. So that led to playwriting, which became a detour into film, TV, and comics. And then came fiction… which has brought together everything I love in the most rewarding way. 🙂

Eeesh. That’s a tough one. I can think of several books that have changed my life, quite literally. I tend to treat a great book like strong medicine. As a result, I reread obsessively and recommend with pharmaceutical caution. For our purposes, I’ll say Pride & Prejudice. I’m an unapologetic Austen fanatic, and have revisited that book hundreds of times. But way back before I’d ever written any fiction, I was reading it and started discussing it with one of my dear friends (who happened to be a romance writer). She knew I’d been irritated by the narrowing of showbiz markets and the regurgitation endemic to the industry. We were talking about some plotting problems she’d had and I started burbling about the Netherfield ball. Out of nowhere she said, “If you don’t sit down and write a romance then you’re a lazy asshole.” She pointed out that I loved the genre, read in it obsessively and thought about it constantly, but I’d never dipped a toe. She was 100% right and four years later, here we are… 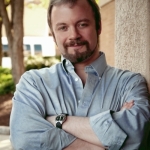 Damon Suede grew up out-n-proud deep in the anus of right-wing America, and escaped as soon as it was legal. Though new to romance fiction, Damon has been writing for print, stage, and screen for two decades. He’s won some awards, but counts his blessings more often: his amazing friends, his demented family, his beautiful husband, his loyal fans, and his silly, stern, seductive Muse who keeps whispering in his ear, year after year. Get in touch with him at DamonSuede.com.