Really, it’s okay to be happy!

My big sister was the first to put a romance novel in my hand.  It was Georgette Heyer’s Regency Buck, and to this day it’s my favorite GH novel.  It’s 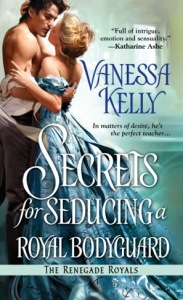 the book that started my own love affair with the genre because I did fall in love—with the stories, the feisty heroines, and the super-cool heroes with their curricles, sexy leather boots, and fabulous estates.  For a small town girl from New Jersey, it was pretty heady stuff.

I’d been an avid reader since kindergarten, spending much of my free time as a kid haunting the stacks of the local library.  I read everything that my mother and the librarians would allow, including historical fiction, fantasy, and mystery.  But when I discovered romance a whole new world opened up and from then on it was my genre of choice.

Sadly, this state of affairs didn’t last.  As I got older I discovered something about reading romance—I was supposed to be embarrassed by it.  I’m not sure when or how it happened, but by the time I went to college I had absorbed the notion that reading romance was something you did in secret late at night, or with the romance stuck inside the pages of another book.  Cripes.  You would have thought that romance readers were drug-crazed sociopaths from Reefer Madness, running through the streets high on crack.

Check that—it was the mid-seventies, so in some quarters it was way more respectable to do drugs than read a romance novel.  Seriously.

So, I left the fold for a while—which is not to say I didn’t read lots of great books.  In fact, I became an English major, taking an M.A. and then heading off to a Ph.D. program in Canada.  I majored in female British writers of the Georgian and Regency period, and to this day I’m convinced that my love of Georgette Heyer and Jane Austen set me on that path.

But something interesting happened in grad school.  It became cool to read romance again because students in women’s studies programs were 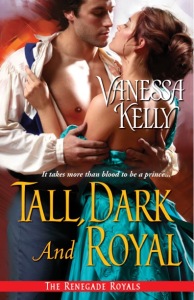 reading them.  Okay, the academic approach to romance in the late 80’s and early 90’s was still pretty snobby—academia’s approach to romance has come a long way since then—but it was great to be able to read romance again and not feel like I had to completely apologize for it.

Still, it was pretty clear that reading romances simply for pleasure was considered less than respectable.  Unlike reading mystery or fantasy novels, romance was a guilty pleasure, one waved away with an embarrassed laugh while slumming it on the beach or at the cottage.

And then I read a book that changed my view on the issue.  It was a meaty historical fiction novel, part mystery, love story, and family saga, and I glommed on to it.  Best thing I’d read in months.  I loved the heroine, who’d triumphed over much adversity and, by the end of the book, was poised on the brink of winning the good things she deserved.  But at the very end came a truly nasty plot twist, one that destroyed the heroine’s chance for happiness.  In word, is struck me as mean.

It’s the only book I’ve ever literally thrown against the wall.  As far as I was concerned the heroine had earned her happiness and snatching it away felt contrived and pointless.  I spent weeks afterwards rewriting the ending in my head, coming up with multiple ways the heroine could achieve her happiness in a way that fit the tone of the book.

It came down to this—I really hated the ending of that book because the good were punished, not rewarded.  It’s the opposite of what romance novels do.  Rewarding the good and punishing the bad, I realized, was at the heart of my enjoyment of the romance genre (along with the sexy heroes).  And that’s when I also realized that I wanted to write my own stories of good people overcoming adversity and sometimes their own stupidity and flaws to achieve their just rewards—love and happiness.   Because I believe that good people—and most people are good—truly deserve to be happy.

And in my book, happiness is nothing to be embarrassed about.

I’ve been re-reading the books of Linnea Sinclair, who writes the most fantastic futuristic romance.  The world building is unbelievably good and her characters are smart, strong, flawed, and very engaging.  (See Linnea’s RAR post here.)

I’m also going to recommend an up and coming author named Erica Monroe (ericamonroe.com), who writes suspenseful, emotional romance set in Victorian England.  Her Rookery Rogues and their heroines live in gritty, working-class London, and I appreciate and enjoy this different take on historical romance.  Her latest book is included in my giveaway.

Probably the most inspiring thing I ever did was help to organize a strike of teaching assistants when I was in grad school.  It was the middle of February in Toronto.  The first morning of the strike was one of the coldest of the winter, and I more than half expected most of our members not to show up to the picket lines.  Lo and behold, there they were at 7 am, forming their lines and acting in the most respectful and professional manner possible. They spent several weeks showing up in brutal conditions and fighting for their rights—and eventually winning a better contract.  I was incredibly proud to be part of that event.

I’ve always been a writer—both in grad school and later when I worked for a public sector union.  But the idea to write fiction started to take root in grad school, when I was reading books like the one I mentioned in my essay.  I finally got serious about eight years ago, when I was struggling with health issues and needed something to engage my mind.  I spent about two years writing the book that eventually got me published.

Aside from the two books mentioned in my blog post, I’d have to go with Jane Eyre.  That book SO resonated with me.  Jane is a stellar model of the truly admirable, principled, plucky heroine, and I loved that Mr. Rochester was so screwed up and tormented.  And it’s just a corking good story.

Vanessa is generously a print copy of SECRETS FOR SEDUCING A ROYAL BODYGUARD, book one in her Renegade Royals Series, and a digital copy of SECRETS IN SCARLET by Erica Monroe to one North American reader. Entry below.

Vanessa Kelly writes award-winning historical romance for Kensington Zebra.  She also writes USA Today Bestselling contemporary romance with her husband under the pen name of V.K. Sykes.  You can find her on the web at www.vanessakellyauthor.com and www.vksykes.com.  She’s also a member of The Jaunty Quills, and can be found at www.jauntyquills.com.

#FallIntoBookLove – Pumpkin Everything – Discover (and maybe win) some great reads & audiobooks, just in time for the holidays!

#FallIntoBookLove – The Vine Witch – Discover (and maybe win) some great reads & audiobooks, just in time for the holidays!

#FallIntoBookLove – The Orchid Throne – Discover (and maybe win) some great reads & audiobooks, just in time for the holidays!