The Joy of Loving in the Open

The first Chicago Pride parade I attended was a transformative experience for me. It was 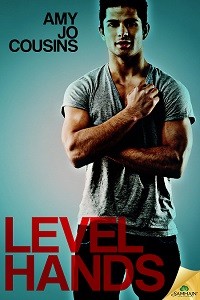 also a giant party that offered the opportunity to drink beer openly on the street with a hundred thousand of your closest friends, so an inordinate amount of my day was spent waiting in line for a Porta Potty. (These days the parade tops at over one million attendees, which just thrills me.)

Bathroom issues aside, the biggest impact the Pride parade had on me was experiencing what if felt like to be in the middle of a massive crowd of people, none of whom were afraid or hiding who they loved. Who they hoped to love. Who they wanted to love for the night, even. Dancing on floats, making out on the sidewalks, flirting over tallboys of Miller Lite (It was the nineties. Forgive us.), we cheered and clapped and boogied and got sunburned and the entire day was filled with a joy that was often hard to find the other 364 days of the year.

(And don’t even get me started about the PFLAG contingent—at the time, the Parents and Friends of Lesbians and Gays. To this day, when the PFLAG people walkers pass, I get choked up. Back in the early nineties? I was a sobbing, snotty mess, seeing those moms and dads and brothers and sisters and friends walking together, when I knew so many people who’d been rejected by their families and friends after coming out.)

I get asked pretty frequently why I write LGBTQ romance. I started reading books about LGBTQ characters in junior high, I think, with my deep dive into science fiction and fantasy. But they showed up in my mysteries, my literary fiction, and my historical reads too. And in the vast majority of those books, the characters met tragic fates, or were the villains, or had to suffer through terrible trauma before being allowed some small sort of peace at the end of the book. E.M. Forster’s Maurice, a book that was way ahead of its time, was almost the only exception I recall.

By the time I was in college, my circle included plenty of friends who were bi or gay, and 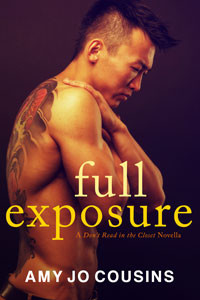 we were all aware of the safety our women’s college campus provided. Two women walking hand in hand or arm in arm on our campus were almost entirely safe, but reports of women getting attacked on the street in the nearby towns were pretty much constant. Back home in Chicago, the Boystown neighborhood was a haven, a fact we were reminded of frequently whenever we left it. I can’t count the number of times cab drivers warned me that my destination was in “that disgusting gay neighborhood”. Safety and comfort were found in each other’s apartments and in certain bars and restaurants. The rest of the world was full of danger and hiding.

Today, the world is certainly different. At my last job, I suggested changing our health insurance policy to include domestic partners (before gay marriage was legal in Illinois) and my CEO and CFO didn’t hesitate before agreeing. I live in a neighborhood that is mostly straight, but I see queer couples on the street holding hands all the time, and at a party on our building’s rooftop deck last summer, a young man asked me what my preferred gender pronouns were. But it’s easy to forget, when we celebrate the gay West Point grads who got married at their alma mater, that the next time we heard about that couple was when they fought off a gaybasher in a convenience store earlier this month. Even today, being able to live your love in the open isn’t always safe for LGBTQ couples.

Writing LGBTQ romance is both a joy and a privilege. The possibility of the happy ending is something straight people often take for granted. For a long, long time, finding yourself in a romance novel was a rare thing for LGBTQ people. Today, nothing makes me happier than writing those happy endings, all kinds of characters, over and over again, with every last moment of that happy ending right out in the open.

Keira Andrews ( keiraandrews.com ) blew onto my radar last year with her Amish trilogy of m/m romance, but her recent release, Kick at the Darkness, is one of my favorite reads of 2015. It’s a rollercoaster ride of zombies and werewolves and the cross-country journey of a student and the TA he loathes but needs in order to survive. Absolutely terrific fun!

Geonn Cannon ( geonncannon.com ) writes f/f romance and mysteries and adventure stories. I most recently read Cinder & the Smoke, which is a historical novel about a thief and the Pinkerton agent determined to hunt her down (not a romance!), but most of my friends started with The Rise and Fall of Radiation Canary.

Harper Fox ( harperfox.net )writes lyrical, atmospheric m/m romances often set in wild and windy places in England. The Tyack & Frayne mystery series is fantastic, but her book Scrap Metal is one of my favorite books of the genre.

I was never an athlete. My whole life, I was the sweet, smart, shy girl who read books nonstop. When I was 39, I trained for and ran my first of several marathons with my super kickass baby sister. Standing in a crowd of 40,000 runners with my sister at my side, singing U2’s “Beautiful Day” at the top of our lungs, on the verge of pushing myself harder than I ever had in my entire life, was a moment of pure joy for me. To be surpassed only by the feeling of crossing the finish line and realizing that I could stop running!

Tell us about a place that brings you joy, or is attached to a memory of joy.

Long ago, I went to France for two weeks with one of my best friends from college. She was pickpocketed on the train into Paris from the airport, so our first hours on French soil were spent dealing with the police and her embassy and her credit card companies. When we made it to the hotel we’d selected out of a guidebook, we realized we were not in the best of neighborhoods when we spotted the “Sex Shop” sign on the building across the street. (That the sign was in English was just icing on the cake. We could have been in the States!) We found the nearest crappy restaurant and collapsed at a sidewalk patio table, hoping wine would soothe our nerves. A few minutes after we poured our first of many glasses of Côtes du Rhône, a van drove by on the street and a guy leaned out the window, staring at us and starting to catcall. I braced myself for yet another Parisian disappointment. The guy shouted, “C’est l’été, il fait beau, et les femmes sont jolies!” It’s summer, the weather is beautiful, and the women are pretty! My friend and I both broke out into huge grins and relaxed. That was the moment we knew our trip was going to be fabulous. And indeed it was!

Ella Fitzgerald’s voice brings me joy. I wore out my cassette tape of her recording of the Cole Porter songbook. Twice! Thank goodness for CDs and MP3s. She also sang scat like nobody’s business. Not long before she died, I got to see her in concert at Ravinia in Chicago. When you go to Ravinia, almost no one buys seats near the stage. Instead you sit on the massive lawn among tall trees and picnic through the twilight. Many, many people do it up with tablecloths and candelabra and wine in crystal glasses. My best friend and I had bottles of Pepsi and bags of Doritos. We were totally classy! But even without the candelabra, listening to Ella Fitzgerald sing was absolutely magical.

KK Hendin’s This Much Space is my favorite recent read that brought me pure happiness. Olivia, the college-age heroine, is a fat girl who is confident, quick-witted, sex-loving, and a fabulous fashion designer to boot. She’s a total badass, and although the book gets into some seriously heavy issues with the hero, Olivia carried me through with her pure awesomeness.

Christopher Meloni, man. No question. The more hair that guy loses, the sexier he gets. He’s the main reason I kept watching Law & Order: SVU for all those years! (Honestly, the only reason I’m not saying Chris Pratt here is because I’m trying to be original. Seriously, who can resist a guy who can’t keep himself from making pew pew laser gun noises while filming a $200 million movie?)

Amy Jo is generously giving away any e-book of hers to one international reader and two U.S. readers. 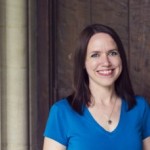 Amy Jo Cousins writes contemporary romance and erotica about smart people finding their own best kind of smexy. She lives in Chicago with her son, where she tweets too much, sometimes runs really far, and waits for the Cubs to win the World Series.

*Please note that the Amazon button, most cover images and many text links connect to an affiliate portal that supports Read-A-Romance Month. Thanks so much for your help!

#FallIntoBookLove – Pumpkin Everything – Discover (and maybe win) some great reads & audiobooks, just in time for the holidays!

#FallIntoBookLove – The Vine Witch – Discover (and maybe win) some great reads & audiobooks, just in time for the holidays!

#FallIntoBookLove – The Orchid Throne – Discover (and maybe win) some great reads & audiobooks, just in time for the holidays!