Romance, A Whole Lot of Joy

Back when I was in grad school, studying various things, including why Charles I got his head lopped off, it was a bone of contention as to whether one referred to the long conflict 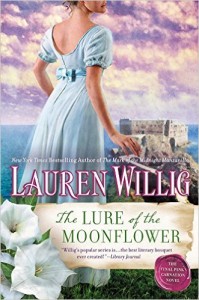 No, really, there’s a point to this!  I promise!

When I was asked to write about the Joy of Romance, I kept thinking about that missing “s”.  Because when I tried to capture the essence of the joy of my romance reading life, I was assaulted by a kaleidoscope of images:

Sitting on a bus in Ireland as a sixteen year old, snickering and snorting helplessly over a funny moment in Catherine Coulter’s The Heiress Bride as the other bus riders sidled as far away from me as possible;

An intense debate in a college common room with a friend over Joan Wolf’s The Deception about how it related to our love lives at the time (it didn’t really, but we wanted to think it did—because who doesn’t want to believe that that guy in the hockey frat could be Lord Greystoke given the opportunity and some knee breeches?);

Coming back from a grueling day of law school to collapse, bone-weary, with Judith McNaught’s Paradise;

Winding up at my very first Fresh Fiction conference in a circle of excited conversation about how much we’d all loved Gentle Rogue and just knowing that these people were my people.

To me, the joys of romance are all of these things.  It’s that spontaneous laughter as you stumble on a bit of witty banter or a scene of such sheer comic genius that you can’t help but disgrace yourself by snorting in public; it’s the tears you try to hide when hero and heroine hit their dark moments.  (I still cry every time at the scene where Meredith tells Matt about their lost daughter in Paradise.  Every.  Time.)  It’s cleverness and catharsis, all rolled together into one.

It’s also a port in a storm.  Or, rather, since I’m being 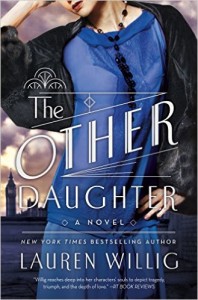 pedantic about missing s’s here, ports in a storm.  When law firm life as a junior associate got too much for me, I would stop at Borders on the way home.  With a quick browse along the shelves and a stop by the cash register, I could seek solace in a hundred different worlds, joining those heroes and heroines on their journeys, cheering on Jo Beverley’s Meg in Forbidden Magic as she fought to protect her orphaned younger siblings or Susan Elizabeth Philips’ SugarBeth Carey as she made amends for the mistakes of her youth.  I could sail the high seas, visit the Wild West, or surf e-Commitment and drink red wine with Kristan Higgins’s heroines, all on a subway ride home.  What other passport provides such instant escape or so many different vistas?

Last but not least, the joy of romance is community.  Sarah Wendell of Smart Bitches says there’s a noise that romance lovers make when they encounter someone who has read the same book.  I know that noise.  I’ve made that noise, usually accompanied by bouncing, hand-clapping, and excited, “Do you remember when…” or “Have you also read….”  A friend who reads what you do is a friend for life.

Romance is humor, it’s restorative tears, it’s escape, it’s exploration, it’s community, it’s friendship.  Put those together and what have you got?

A whole lot of joy.

Simone St. James ( simonestjames.com ) can’t put out new books fast enough to me.  (Are you listening, Simone?  Nudge, nudge.)  Her books are a wonderful mix of ghost story, mystery, and romance, all set in 1920s England.

I also highly recommend Donna Thorland’s ( donnathorland.com ) American Revolution-set swashbucklers, which all feature bold heroines and thoughtful heroes with conflicted loyalties (not to mention a way with an epee).  Who knew American history could be so much fun?

It was 2005 and my very first book, The Secret History of the Pink Carnation, had just come out.  A grad school friend and I were innocently shopping at the Copley Mall in Boston when we passed the B&N.  My friend stopped short, making a muffled noise, followed by, “Ohmigod!  You’re a POSTER!”  There, right at the entrance, blown up to humongous size, was my book cover, dominating the whole doorway.  Within a moment, we were both jumping and squealing and clapping our hands and behaving like anything but dignified twenty-seven year old PhD candidates.  (It’s a good thing none of our students spotted us.  We’d have been laughed out of the classroom on Monday!)  I will never forget the sheer thrill of that moment, when I got to see the reality of a lifelong dream come true—on a poster!

Tell us about a place that brings you joy, or is attached to a memory of joy.

Whenever I smell the smoky scent of coffee being ground, it brings me right back to Peets’ Coffee in Harvard Square.  I spent a good chunk of my grad school life there and just smelling that coffee smell makes me think fondly of long gossips with good friends; sunny afternoons when you should be studying but find yourself resting your elbows on the table and staring dreamily out through the window panes; winter days hunched over my computer with a gingerbread latte warming my palm and a scene unrolling in front of me.

Whenever I hear the sound of bells on the wind, it brings with it a rush of anticipation and something very like elation.  In college, I lived beneath a carillon, which would play every evening at twilight, usually just as I was rushing off to some interesting extracurricular activity.  The bells make me think of crisp New England evenings and the golden glow of the setting sun against Gothic stone walls.  Even now, the sound of a carillon, any carillon, brings with it all the wild optimism and endless promise of those college years.

Recently?  Iona Grey’s Letters to the Lost, a debut novel that goes back and forth between a romance between a clergyman’s wife and an American soldier during World War II and their modern counterparts, a young man and woman who are struggling to find themselves—and a story from the past—in difficult circumstances.  I adored this book.  And you know you really, really adore a book when it makes you not mind an eight hour delay in a small, regional airport!

Up until two months ago, I would have, without hesitation, picked Christopher Plummer as Captain von Trapp.  (I love him so much that I wrote a governess book a few years back.)  But then my toddler decided she liked The Sound of Music.  As in watches it five times a day likes it.  So… I’m going to have to go with Chris Hemsworth here.  (Unless he decides to do a remake of Sound of Music, in which case I’m afraid it’s all over.)

Lauren is generously offering a copy of either The Other Daughter or The Lure of the Moonflower (winners’ choice) to one US reader and one international reader. Entries below. 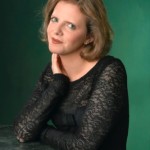 Lauren Willig is the New York Times bestselling author of the Pink Carnation series and four stand alone novels. Her books have been translated into over a dozen languages, awarded the RITA, Booksellers Best and Golden Leaf awards, and chosen for the American Library Association’s annual list of the best genre fiction. After graduating from Yale University, she embarked on a PhD in English History at Harvard before leaving academia to acquire a JD at Harvard Law while authoring her “Pink Carnation” series of Napoleonic-set novels. She lives in New York City, where she now writes full time.

(Please note that the Amazon button and most cover images link to an affiliate page that supports Read-A-Romance Month. Thanks so much for your help!)