You are here: Home / 2015 / Loretta Chase- Living Joyfully in Romance

The Joy of Embracing Beloved Romance

True confession time—though it isn’t much of a confession, considering the thousands 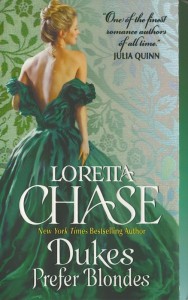 I was once one of the people who sneered at romance novels.

Hey, it was the way I was trained, in college: Genre fiction was inferior to Literature and commercial romance was lowest of the low. Never having read a romance, I did not Question Authority, even though we were taught quite emphatically to question and even though I was a feminist and ought to have seen the misogyny in giving romance the top crap rating.

Fast forward a decade or so to the day I decided it was time, after years of failed attempts, to actually write a whole novel, beginning, middle, and end. By then, having moonlighted as a corporate video scriptwriter for some years, I’d learned how to structure pieces, write dialogue, and perhaps most important, communicate a message without putting the audience to sleep (no small feat when you’re writing about drill bits and sandpaper).

At this point, I realized that genre fiction, with its built-in audience and structure, could be approached more or less in the same way I approached scripts. Books were longer, certainly, but I could get my head around the idea of a specific message communicated through a predetermined structure. And boy, the topics were so much more interesting—detectives, cowboys, monsters, outer space, and … 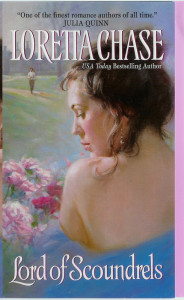 It finally dawned on me that, through all the Great Literature I had read, the thing that mattered most to me in books was the love story, and I HATED when it went wrong, which, in so much of Great Literature, it does. I also hated that independent women who broke the rules—often my favorite characters—came to A BAD END. Good girls got offed, too, for no reason I could ascertain but the author’s determination to avoid the dreaded Happily Ever After.

So with hope and trepidation and, yes, a little embarrassment, I started reading romance.

We did not immediately click. Some stories were not my cup of tea. Some confirmed my prejudices. But one day I started reading a Regency romance—can’t remember whose it was—and

Ah! at last I know the secret of it all

I knew joy, such joy. A world opened up to me. This was my world. Nineteenth century England (why else had I studied English literature and history?). Witty repartee. (Be still my lover-of-Byron-and-Oscar-Wilde and comedy-of-manners heart). And Love Conquered All, again and again.

I have lived, joyfully, in that world ever since.

I’m often years and years behind in reading books, but these are some of my favorite, relatively recent discoveries in the historical romance realm:

Also w/a  Susan Holloway Scott   – (isabellabradford.com/susan-holloway-scott ). Like me, she’s been writing for lo these many years, but her Isabella Bradford books, set in the 1700s, are fresh and delightful.

It was a long, rare, amazing moment: the months of writing Lord of Scoundrels. That, as we used to say centuries ago, was a trip.

Tell us about a place that brings you joy, or is attached to a 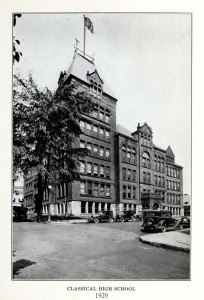 I had wanted to see London from childhood, when I read Peter Pan. My first high school was a late Victorian building, from whose top floor one looked out over numerous other buildings of the same time period, built along narrow streets, some still with their original gaslights. That little section of my city was my image of Peter Pan’s London. Then, shortly before my first book was published, my husband and I traveled to London with a friend who became a regular travel companion. I have a photograph my husband took of me and our friend on my first day ever in London. The only description for my facial expression is ecstatic.

Van Morrison’s “Young Lovers Do” makes me cry, too, but it’s one of the most romantic pop songs I’ve ever heard. 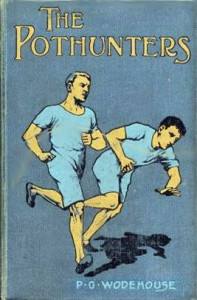 Yikes. Just one? I remember the first P.G. Wodehouse book I read (I came to him a bit late), one of the very early schoolboy ones. I think it was The Pothunters. That was his first, and I like to read in order. There was a passage about a practical joke. It went on and on and I read on, all unsuspecting. Then, suddenly, I was laughing and couldn’t stop. I’d calm down and start laughing again, tears streaming down my face. He does that at least once in every book. Oh, to possess that comic genius!

Chris Rock has made me laugh until I can’t breathe.

Loretta is generously giving away a set of her Dressmakers series – Silk Is for Seduction, Scandal Wears Satin, Vixen in Velvet – to one lucky reader. (US only, apologies to international friends.) xo

Loretta Chase has worked in academe, retail, and the visual arts, as well as on the streets—as a meter maid—and in video, as a scriptwriter. She might have developed an excitingly checkered career had her spouse not nagged her into writing fiction. Her bestselling historical romances, set in the Regency and Romantic eras of the early 19th century, have won a number of awards, including the Romance Writers of America’s Rita.