Since some of my favorite books are set in a variety of historical time-periods, I thought it would be fun to check in with some great authors in romance and women’s historical fiction, and explore their connection to history. Since the female perspective in history and fiction has been ignored so often, for so long, I find it heartening to see so many books representing romance and/or women’s history, telling such mesmerizing stories against the backdrop of some of the most intriguing and pivotal moments in time. I hope you find these essays as fascinating and fun as I do. You can find the full author calendar here.

Did you miss Read-A-Romance Month in August? Be sure to check out all the great “Joy of Romance” essays at the 2015 Calendar and if you’d like, you can follow RARM  on Facebook.

industry.” Fine merino wool was one of Australia’s main primary exports last century, and Macarthur was on the original $2 note. I remember reading that he spent some time away in England and while he was away “his wife, Elizabeth, looked after his sheep.” I imagined some Little-Bo-Peep kind of scenario.

Many years later I learned that Macarthur spent years away in the UK and elsewhere, and that actually, his wife, Elizabeth did a little more than “look after his sheep.” In a rough and dangerous new colony, she ran several properties, carried out a breeding program that improved the quality of the fleece and the sheep flocks, and supervised teams of convict laborers. At the same time, she reared and educated her seven children until the four boys were sent to England to complete their schooling.

It made me think about my own great great grandmother, MaryAnne. All I knew of her was that she “stayed back on the farm” while George Dyson, my g-g-grandfather, took the produce they grew to the goldfields — and did very well from it.  I wondered if there was a parallel. And there was.

MaryAnne came to the brand-new free (no convicts) settlement of Victoria in the 1830’s, and married at 16. She 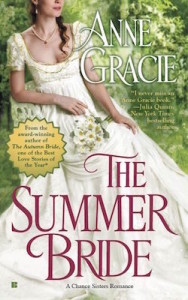 helped her husband carve a farm out of native bushland, and was in her 30’s, with a bunch of young kids when the gold rush started.

While George was away (for months at a time) MaryAnne was alone and very isolated, apart from her kids. She ran the farm — growing potatoes and other vegetables—very labor intensive, keeping chickens and a couple of cows and bees and whatever else she needed for self-sufficiency. And with most of the men trying their luck at the goldfields, they had to do it all themselves — MaryAnne and the kids.

She had ten kids altogether (that lived) birthing them all pretty much on her own, as they lived far from any town, but as settlement increased, she acted as midwife and nurse to the young women who came to the area. She lived to a ripe old age and was something of a local legend when she died.

How many other stories like this are there? Where the women’s work is dismissed as “minding” or “looking after”  something that belonged to the men,  or “staying back” while they did the important stuff. Those colonial women had it tough, and they worked as hard as the men— maybe even harder— as well as raising a bunch of kids and maintaining a home at the same time. And often in the most appalling isolation

What of the women in your family history? How have they been underestimated?

I recently read a debut book by Lucy Parker   –  www.lucyparkerfiction.com  –  called ACT LIKE IT, a delightful romantic comedy set in the London theatre scene. Great banter, a few laughs, some good romance and a few lump-in-throat moments. I’m looking forward to her second book.

If crime is your thing (and it’s often mine) I recommend UK author, Elly Griffiths  –  ellygriffiths.co.uk  The first book in her excellent series is THE CROSSING PLACES. The protagonist is university professor Dr. Ruth Galloway, an archaeologist who specializes in bones, and I really enjoy the interaction between her and the local police detective, Harry Nelson. The series is best read in order.

Questions for the Author

Tell us about a moment when you felt a deep connection to history.

As a young backpacker, I arrived in Delphi in Greece on a cold, wet winter’s day. The place was almost deserted. I stood at the highest point and looked down through the ancient ruins, still so awe-inspiring, and down into the valley. There was the road that Oedipus had driven down after consulting the oracle, at the end of which he would kill his father and marry his mother. There was no-one else around, so I let out a “Cooeee” (an Aussie bush call.) It bounced around the mountain tops and echoed down the valley. The sound had barely died away when above me the clouds swirled and there was a loud rumble of thunder that echoed through the mountains. The gods were speaking —and not happy.

Do you have a specific place or sound that makes you feel connected to history? Why?

When I was ten, we moved to a town that was one of the earliest settlements in my home state, and I attended the primary school there, one of the oldest in the state. I remember being fascinated by the dips in the old stone steps, worn down by the feet of generations of children before me.

Ever since, I have had a fascination with old worn stone steps, and can’t help but imagine the people who’d stepped in those hollows before me.

What is your (or a) favorite historical era or event?

I love the Regency era because there was so much happening. Most people associate the Regency with Dukes, elegant balls and Almacks and not a lot else, but there were the Napoleonic wars, huge social and economic change associated with the growth of the industrial revolution, the colonization of some parts of the world and the de-colonization of others, and the beginning of the formation of the modern world. It was a restless, energetic time full of dramatic contrasts, which makes it the perfect era for a writer.

Is there a moment in your research when some specific historical moment or event came to life for you? Tell us 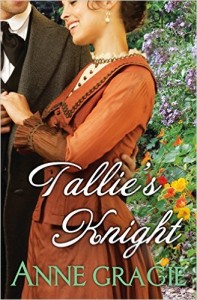 My second book, TALLIES’S KNIGHT, was set partly in Europe during the Peace of Amiens, a break of about a year during the Napoleonic wars, when English tourists —and my hero and heroine— thinking the war was finally over, flocked to Europe. I was madly researching, and in the footnote of this book and that, I came across references to letters written by  a woman called Catherine Willmott.

I eventually tracked down her collected letters in the rare book section of my state library, and I made arrangements to read them. Her writing was so vivid and lively I felt an instant connection with her — and amazingly, she had taken the exact same route as my heroine, and had even escaped from Italy the same way when Napoleon invaded The Piedmont and war was resumed.

And for fun ~ Tell us about your Favorite Historical Crush. ;o) (This can be either a historical or fictional crush.) Why?

I suspect this should be about a historical woman so I shall reluctantly set Richard Armitage (as he was in North and South . . . swoon!) aside and consider an alternative. Also my real-life historical crush, The Duke of Wellington, brilliant, driven and fascinating as he is, must also for once take a back seat. 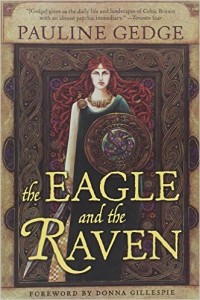 I’ve always admired Boudicca (aka Boadicea) the ancient British Queen of the Iceni, who had lived in peace with the Roman Occupation for many years, until her husband died. By Iceni law she was the true Queen but the Romans refused to acknowledge her right to govern because they could not conceive of a female ruler.  To teach her what happened to uppity women, they fined her, flogged her, and brutally raped her daughters. Incandescent with rage, Boudicca rallied the tribes and took a dreadful revenge on the Romans.

There is a fabulous book by Pauline Gedge called The Eagle and the Raven which I read as a teen, that brings this story to life.

Anne is generously giving away two books, one to a US and one to an international reader. (Winner’s choice of Anne’s books, as long as it’s available.) To enter the giveaway, leave a comment below or on the Facebook post you’ll find here (or both – Share the Love!) ;o) by 11:59 pm PST April 5, 2016. Good luck! 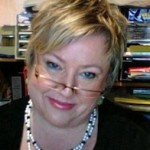 Because of her father’s job, Anne Gracie spent her childhood and youth on the move. The gypsy life taught her that humor & love are universal languages and that favorite books can take you home, wherever you are.

Anne started her first novel while backpacking solo around the world, writing by hand in notebooks. Since then, her books have been translated into more than sixteen languages and include Japanese manga editions, which she thinks is very cool.

Her books have won a number of awards, and five were RITA finalists. A former president and lifetime honorary member of Romance Writers of Australia, she promotes adult literacy, flings balls for her dog, enjoys her tangled garden and keeps bees. Find her online at her beayoooutiful new website  or on facebook.

*Please note that the Amazon button, most cover images and many text links connect to an affiliate portal that supports Read-A-Romance. Thanks so much for your help!