Hope For Everyone In Romance 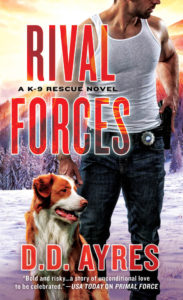 I was sitting in an airport one day with a writer friend as we each waited for our respective flights.  We’d spent the weekend at a writers’ conference and I was tired and more than ready to go home.  I was fidgeting and annoyed because my flight was delayed.  But my companion was very calm and seemed content to watch the world around him.  No cellphone in sight.  No laptop or even an e-reader.  Finally, half envious of his cool, I asked him what he thought was so interesting about the crowd.

He smiled and said, “Have you ever noticed how there seems to be someone for everyone?  Almost everyone that passes by is paired up.  No matter what they look like, how old or young they are, well-dressed or otherwise.  There’s still someone for them to be with.”

His response totally surprised me.  He’s a big tough guy of few words, most of the time.  Being the woman and the romance writer, you’d have thought I’ve have been the one to be that observant about the scene around me.  “You’re a romantic!” I said in an accusing voice.

He just shrugged.  “It gives me hope to know there’s someone for everyone.” 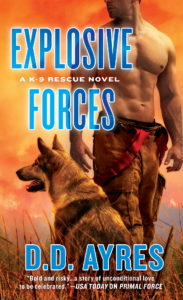 For the next half hour we watched people pass and speculated on who they were and how they met and why they were right for one another.  By the time my flight was called, I was sorry to leave.  And I’ve never really been bored for long in an airport since.

Over the years since, when I start a new book, I think about our conversation.  I look for characters who might not be right for anyone else but find love before the story is done.  My writer friend was right.  It’s why I read and write romance, to reaffirm the belief that however long it might take, and despite some setbacks, if we keep the faith, there is someone for everyone one of us.  Six packs and big guns are nice.  Love is better, whatever wrapping it comes in.

Her “Dating” series is part mystery, part suspense, a little bit romantic and all out funny. Please introduce yourself to Wollie Shelley, serial dater and greeting card artist.

Author of the popular Firefighters of Station Five series (Ride the Fire, Line of Fire), the Sugarland Blue series (On the Run, In His Sights) 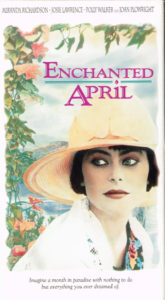 I decided to ask my husband about a romantic moment and he didn’t hesitate.  He said, “Remember the movie we watched the night before our first trip to Italy?  “April…” something.  After watching it we knew we were going to have the perfect trip.”  I’d forgotten about that.  The movie is “Enchanted April.”

It’s about several women who decide to take a holiday away from their respective husbands and plan a trip to Italy.  There’ve been fights before leaving.  The weather is awful when they arrive at the villa they’ve rented in Italy.  Things look dismal.  But then the sun comes out and many things change, minds, perspectives, and hearts.  My husband was working in Germany at the time, and I had been holding down things for months in Texas, alone.  There’d been ‘discussions’ about the need for some us time.   We were both tired and bumping heads over every little thing as we packed. I was worried the trip would be a disaster.  But then we sat and watched this movie, that seemed so much about where we were in our lives. Suddenly, sitting side by side, I felt the love. And just like in “Enchanted April,” the sun came out as we arrived in Milan, and it was a magical romantic trip of a lifetime.

I’ve had several girl crushes over the years.  I’ll talk about one of the first.  I met Billye Johnson when I was having my very first book signing, many years ago.  She came in, asking to meet the author who she had read about in the local paper (back in the day when a local author was a rare thing.)  She walked up to me and she started talking.  She knew history (I was writing historical romance in those days:  SILKS AND SABERS).  She knew Shakespeare and all things British, everything from Monty Python to the cast of the London Old Vic and National Theater companies.

Did I say we share a love of cooking, writing, romance, and movies, new and classic? Whether in the kitchen, nose in a book, or at the movies, we’re in sync.  Oh, and she rescues dogs.  That’s something several of my besties do.  I’m blessed to have a posse of women I love dearly.  In different cities across the U. S. They keep me sane, share a past we can relate to, or forge as we go along.  You know who you are.  Thank you!

Sag Harbor, New York.  Not the expensive trendy East Hampton style.  But the quiet harbor with quiet beaches of autumn when the beach is empty and the sky and sea merge at evening, reflecting the sunset like a Monet painting.

I’m so old-fashioned.  I love Bogart and Bacall characters from “To Have And To Have Not.”  It’s the one with the famous whistle scene. She’s a down on her luck drifter. She calls him “Steve” even though that’s not his name, and offers him money to help her get out of a fix. You get the feeling this is not the first time she’s used her attractiveness to rely on the kindness of strangers.  But this time she’s attracted, and they dance around each other, each certain the other is trouble.  But then there comes that moment when

they can’t deny it.  “You know how to whistle, don’t you? You just put your lips together and blow.” (watch the scene here.)

I’m a little past dating, having been married so long.  I’m into dream trips.  I long to do one of those long leisurely cruises through Europe.  The kind on a small cruise ship that travels up rivers and into fjords, stopping at a dozen destinations over several weeks.  A real getaway where there are no wifi connections, except on land.

D. D. is generously giving away 3 audiobooks, one title each of the first three books of the K-9 Series — Irresistible Force, Force of Attraction, Primal Force — one to an international reader and two to US readers. (These will be given away as Audible codes, so anyone is free to enter as long as they can receive codes.) 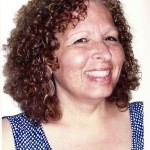 She has published 42 novels with major publishing houses and is under contract for 3 more.  As Laura Parker, she writes Historical and Contemporary Romance, Westerns, and Sagas.  As Laura Castoro, she writes contemporary African American and Women’s Fiction.

Writing as D. D. Ayres, Laura is currently writing the award-winning series of Romantic Suspense novels called the K-9 Rescue Series.  Many of her past publications are available as eBook re-releases.

She has also published magazine articles, book reviews, a non-fiction book for YA, and a short story in Good Housekeeping. Laura has won multiple national writing awards.  In 2005 she was inducted into the Arkansas Writers’ Hall of Fame, an honor given to one writer each year.  In 2012, Icing On The Cake was chosen for If All Arkansas Read The Same Book, a reading program sponsored by the Arkansas Library Center for the Book. In 2013 she was named a Legend of Romance and awarded the prestigious Romance Pioneer award by Romantic Times.