Not Just A Plot Device

I love romance because in our aisle of the bookstore, women are allowed to win. They can solve the 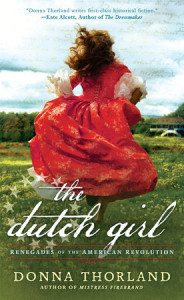 mystery, turn the tide of the battle, get the guy. When I pick up a romance novel, I know that a woman will be at the center of the story and that she won’t be just a plot device. She’s not going to be murdered in the first ten pages to kick-start the story, relegated to the role of sidekick for most of the action, or awarded to the hero like a good conduct prize at the end.

I love the historical in particular because it’s an opportunity to write women’s stories back into a picture that’s often exclusively male. I grew up in Bergen County New Jersey, where Washington’s retreat route is marked by signs put up during the bicentennial. They feature a silhouette of a man holding a musket. Washington’s crossing of the Delaware is a popular subject for public art—bold men in a boat navigating an ice-choked river. I was a huge Doctor Who fan as a kid, and I watched it faithfully every Friday night on New Jersey public television. The channel signed off right after the show with a short PSA that dramatized Washington bursting in on the Hessians at Trenton on Christmas Eve. It was as dramatic as anything on Doctor Who, so I wondered why there weren’t more stories set during the Revolution — and where all the women were …

They’re easy to find if you go looking for them. My first book was inspired by two women who have been 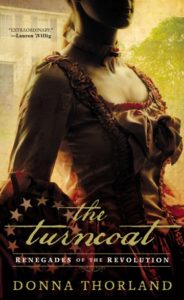 relegated to the footnotes of history. Quaker spy Lydia Barrington Darragh walked 12 miles in freezing weather to warn Washington’s army about a British sneak attack. The mysterious Widow of Mount Holly enabled Washington’s victory at Trenton by seducing Hessian Colonel Carl Von Donop and keeping him and his forces away from the conflict at the crucial moment.

Since we don’t read about these very real women in history books, we get to write and read about them—heroically, in the romance aisle.

If you enjoy historical spies then you have to read Lauren Willig’s Pink Carnation series and Joanna Bourne’s Spymaster books. In American historicals I’m hooked on Piper Huguley and I love Sarah Donati.

(See the full 2016 calendar here. Search for more of Lauren’s posts in the search box at the top of the sidebar.)

While we were students my husband proposed to me in the Pantheon, at Sunset, in a beam of light from the oculus. How he timed it all out with Roman traffic I will never know…

In my day job I’m a TV writer on the WGN drama SALEM and I love sharing romance novels with my boss, Adam Simon, who is an amazing storyteller with a truly awe-inspiring breadth of knowledge and interests.

My husband and I met at Yale. It is possible that I am the only person who has ever thought New Haven was the most romantic city in the world…

Right now I’m completely consumed by the romances on SALEM and I’m on team Cotton/Anne.

I get to go on my dream date pretty regularly! On weekends my husband and I like to drive up to Essex, Massachusetts, paddle the Essex River Basin, and then stop for fried clams and ice cream on the way home.

Donna is generously giving away two copies of The Dutch Girl and two copies of Mistress Firebrand. (US only, apologies to international friends.) One winner wins one of each and two other winners win one of the titles. To enter the giveaway, leave a comment below or on the Facebook post you’ll find here (or both – Share the Love!) ;o) by 11:59 pm PST Feb 10. Good luck! 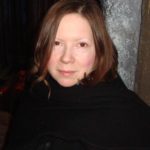 A native of Bergenfield, New Jersey, Donna graduated from Yale with a degree in Classics and Art History. For many years she managed architecture and interpretation at the Peabody Essex Museum in Salem, and wrote and directed the Witch City’s most popular Halloween theater festival, Eerie Events. She later earned an MFA in film production from the USC School of Cinematic Arts.

Donna has been a sorority house mother, a Disney/ABC Television Writing Fellow, a WGA Writer’s Access Project Honoree, and a writer on the ABC primetime drama, Cupid. Her screenwriting credits include episodes of the animated series, Tron: Uprising.

Her short fiction has appeared in Alfred Hitchcock’s Mystery Magazine and Albedo One. The director of several award-winning short films, her most recent project, The Night Caller, aired on WNET Channel 13 and was featured on Ain’t It Cool News. Currently she is a writer on the WGN drama SALEM. She is married with two cats and divides her time between the real Salem and Los Angeles.

*Please note that the Amazon button, most cover images and many text links connect to a Read-A-Romance Month affiliate portal. Thanks so much for your help and support!