If you’re a new visitor to RARM, I hope you’ll come back every day in August to read all the wonderful pro-romance posts this year. Check out the full calendar here. You can also find links to the last three years’ posts from the boxes in the sidebar, and Real-if you’d like, you can follow RARM on Facebook. Enjoy August!

Learning From the Best

My parents showed me what #LoveRomance was. I learned what love was all about from their example, first. 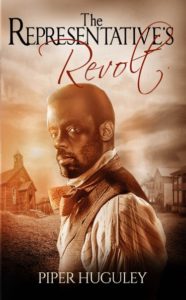 They were each other’s best friend, the very best place to start a romance from.

One of the perks of being an author is that I get to hear from people who know me in some other ways that I wasn’t aware of.  One day, I got an e-mail message from a woman who had known my parents when they were young.  Now, I had heard the story many times of how my parents met. My mother had moved into the neighborhood and my father saw them moving in.  He knocked on the door asked her if she wanted to come outside and play.  Not that kind of play. They were 9 and 10 years old then.

Still, hearing this story from the mouth of a stranger, gives me a sense of awe every time I recall it. She told me that everyone in the neighborhood always knew that they would eventually marry and that the families would unite. They had their on and off times during their teenage and high school years, but she said that it was completely obvious that they were destined to be together. Even when my father got his opportunity to go to college across town, the neighbors knew that my mother would be with him when he graduated.  It was just that it had to be made apparent to them.

They were in an off time while he was in college.  My mother told me the story of how she had finally reeled 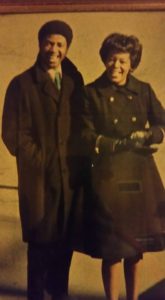 him in. The Jewish fraternity at Carnegie Tech (as Carnegie-Mellon was known then) had been in desperate need to win the college wide Greek Sing competition. This was around time of the Civil Rights movement and this was a very progressive fraternity, so they recruited my father, a music student, to enter the competition. They won. My father’s date for the semi-formal celebration dance bailed at the last minute. So, my father called his old childhood buddy, my mother, to come to the dance.

Other young women might have been outraged at having to appear at a semi formal dance at the last minute.  But my mother said, “I knew it was a test.” So she showed up in some drop dead gorgeous appropriate frock.  My father, a natty dresser himself, was very impressed. And, just so he wouldn’t forget about her back in the neighborhood, my mother sent a few lemon trees to the frat house in celebration of their Greek Sing victory. To reel him in. She knew that the brothers would be impressed by her gift. And they would keep talking about her to my father. Which worked. My mother was very clever like that.

So whenever I look back at this picture of these two crazy kids and best friends who linked their lives together for the more than 48 years that followed his graduation from college, it always amazes me that I’m here in the world because of song. And a couple of lemon trees.

Besides being with my parents, I love going to The Grand Concourse restaurant in Pittsburgh.  It’s a renovated 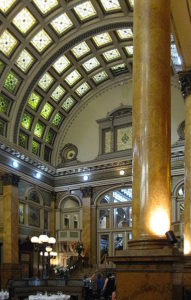 train station, but it is very romantic. My sister’s wedding reception was there and I try to go for Sunday brunch when I return to my hometown. It’s pretty amazing.

My writer friends. One in particular, Kaia Danielle, is always asking me to think about “The Grand Gesture” and remembering this helps me with my stories.

The house where I grew up is still very much ground central for me when it comes to romance and love.

Besides my parents, I would have to say Barack and Michelle Obama. They are quite an inspiration for me in my writing.  My character, Amanda’s penchant for laughing at her husband comes directly from Michelle 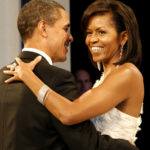 I’m not a fancy person. Anytime I get to go to the previously mentioned Grand Concourse, I’m a happy camper.

Piper Huguley is generously giving away one backlist title, winner’s choice, to one US reader (apologies to international friends).

To enter the giveaway, leave a comment below or on the *Facebook post you’ll find here (or both – Share the Love!) ;o) by 11:59 pm PST August 18, 2016.  ***International friends, be sure to include your country in your comment so we know to include you in the international drawing.  Good luck! 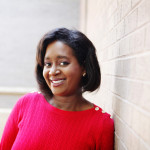 Piper G Huguley, named 2015 Debut Author of the Year by Romance Slam Jam and Breakout Author of the Year by AAMBC, is a two-time Golden Heart ®finalist and is the author of “Migrations of the Heart,” a five-book series of historical romances set in the early 20th century featuring African American characters, published by Samhain Publishing. Book #3 in the series, A Treasure of Gold, was named by Romance Novels in Color as a Best Book of 2015 and received 4 ½ stars from RT Magazine.

Huguley is also the author of the “Home to Milford College” series. The series follows the building of a college from its founding in 1866. On release, the prequel novella to the “Home to Milford College” series, The Lawyer’s Luck, reached #1 Amazon Bestseller status on the African American Christian Fiction charts. Book #1 in the series, The Preacher’s Promise was named a top ten Historical Romance in Publisher’s Weekly by the esteemed historical romance author, Beverly Jenkins and received Honorable Mention in the Writer’s Digest Contest of Self-Published e-books in 2015.

She blogs about the history behind her novels at piperhuguley.com. She lives in Atlanta, Georgia with her husband and son.