Turn on the Heat, and Bring to a Slow Simmer

Growing up with the massive historical sagas of Susan Howatch, which I’d read late into 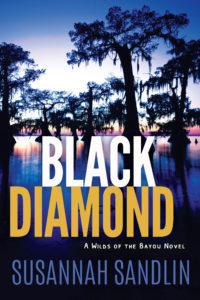 the night, I daydreamed of often-troubled love affairs that developed slowly along the wild coasts of Cornwall, the green hills of Galway, and the Gower Peninsula of Wales. These were blooming loves between people who had plenty of external reasons to keep them apart—wars, family grudges, potato famines—yet the attraction that began with a quick glance always heated to a slow, sizzling simmer.

For me, that slow, delicious build became the reason I #LoveRomance. And why, regardless of what genre I think I’m going to write when I begin a new novel, it always ends up centered around a love story between two unlikely people: the game warden and the songwriter in the Louisiana bayous; the biologist and the washed-up diver in Cedar Key, Florida; the vampire warrior and the convenience store clerk in Penton, Alabama.

Whether in my favorite genres of romantic suspense or paranormal romance, it’s the simmer of a growing love that fuels the stories for me. I love the push and pull of resistance and attraction, the danger or opportunity that forces the hero and heroine to work together (or at least speak to each other), the inevitable misunderstandings, the first touches, the tentative first kiss, the second (not-so-tentative) kiss that brings on the simmer, the delayed gratification before they finally give in to passion. 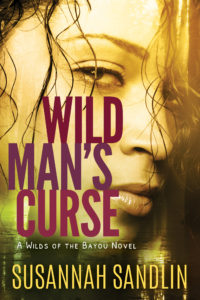 Don’t get me wrong; a little (or a lot of) steamy romantic action is a good thing. But the slow, building simmer of a new romance gets me every time.

Think about it: the rush of a possible new love brings with it a range of emotions that make the eventual HEA all the sweeter: excitement, fear, joy, worry—maybe even guilt or anger. Throw in whatever external pressures are at play (in my case, it’s usually a very, very wily adversary), and the stolen moments of the building relationship grow all the sweeter.

That’s not to say there’s no humor in these slow simmers. I’m a firm believer in putting my characters in some pretty ridiculous situations, which they handle with varying degrees of embarrassment or dismay. The tough-guy hero might let his co-workers assume his big bad dog is a Rottweiler…until the heroine meets his bat-eared little French bulldog and outs him as a big softie. The heroine might have a runaway mouth that drives the hero nuts (until he finally realizes that kissing is a great way to shut her up). Sometimes both the hero and heroine are so stubborn that their simmer seems as if it might not be possible. The humor helps the characters understand each other better, which, of course, adds a log to the fire behind that slow simmer.

The slow-building relationship is a work of choreography, ramping up feelings and then pulling them back until the reader’s as hot and bothered as the characters.

And when is “hot and bothered” a bad thing when you #LoveRomance?

Settle in for a long, rainy weekend with  her Cashelmara or Penmarric if you enjoy a good gothic, atmospheric saga with romance.

The first time I visited Venice, Italy, I was alone—which on the surface might not sound too romantic. But it was the perfect way to absorb the history and romance of that beautiful city, where every twisting, turning corner seems a perfect spot for a romantic encounter. The only place that beats it is my adopted hometown of New Orleans, where romance oozes through the heavy, humid night air, the echoes of ship’s horns over the river, the rattle of streetcars, and the soft trills of jazz wafting through the swaying branches of centuries-old live oaks. Sigh.

down, every crush and obsession—real or imaginary—and every love lost and found. Who else would share a ten-hour marathon watching the whole “Lord of the Rings” trilogy in order to argue whether Legolas or Boromir or Aragorn (i.e., Orlando Bloom, Sean Bean, or Viggo Mortensen) would make better relationship material? (Team Boromir here, although his story hardly had an HEA.)

LOL. See question number one. New Orleans is humid, it’s plagued by poverty and crime, and it’s vulnerable to hurricanes—I can tell you all the Katrina stories you’d ever

want to hear. But it’s also the most romantic city in the world for me. Admittedly, I’ve not yet visited Paris…

This answer would change on a weekly basis, but today it’s Mercy Thompson and Adam Hauptman from Patricia Briggs’ Mercy Thompson urban fantasy series. They’re a perfect blend of heat, independence, and mutual respect whose relationship continues to grow deeper as the series progresses.

I’ve gotten a bit obsessed with Cape Breton, Nova Scotia, since setting a novel there, so

this week, at least, my dream extended-date would be a month-long holiday in a small cabin on a cliff on the eastern edge of Cape Breton, overlooking the North Atlantic. Stock up the larder and pile up the firewood, then bring on the snow!

Suzanne is generously giving away four copies of WILD MAN’S CURSE in the U.S. and Canada, and one copy internationally. These can be winner’s choice of print or audiobook. 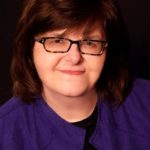 Susannah Sandlin is the author of the award-winning Penton Vampire Legacy paranormal romance series, including the 2013 Holt Medallion Award-winning ABSOLUTION and the novels OMEGA and ALLEGIANCE, which were nominated for the RT Book Reviews Reviewers Choice Award in 2014 and 2015, respectively.

Her new series Wilds of the Bayou started in 2016 with the April 5 release of WILD MAN’S CURSE and continues October 18 with BLACK DIAMOND. Writing as Suzanne Johnson, she is the author of the award-winning Sentinels of New Orleans urban fantasy series. A displaced New Orleanian, Susannah grew up in rural Alabama between Elvis’s birthplace and the Bear Bryant Museum, which she blames for her love of SEC football, fried gator on a stick, and redneck reality TV.