Love, as I see it, is like water – you have to be gentle with it, for if you become desperate, trying too hard 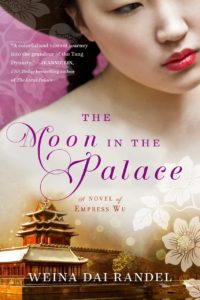 to grasp it, it’ll flow through your fingers, and it’ll leave you with an empty hand, and an empty heart.

What I would like to share with you comes from memory of my life in China. It was in the 1990s, and I was going to high school.

My parents sent me to a private boarding school. The school, like many public schools in China, was walled in with only two entrances with gates and guards – yes, the schools are still like that in China. Once a month, I was allowed to go home for a visit, and for the rest of days at school, I studied in the morning, afternoon, and night, almost 12 hours a day, everyday, six days a week.

The isolation from the outside world was beneficial to students, I was told, so we, the youngsters with fragile mind and untainted heart, would not be distracted by the temptations and ugly forces of the outside world and could concentrate on study. The rigorous schedule was also necessary to train us with academics, so when we took the college exams, we would excel and beat other competitors.

Going to college was very competitive in China in the 1990s; the country had millions of students, and only one out of ten thousand had a chance to receive higher education.

I was a good listener, following the rules and keeping my nose to the math sheets and history books, but 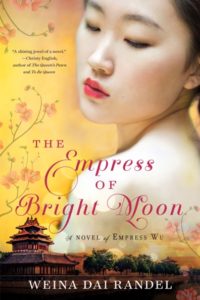 several of my friends felt restless. One of my best friends, also one of my eight roommates, couldn’t participate during the night study hour. She often slipped out and returned at the bed time before the dorm’s gate was closed. Lying in bed, she would talk about her secret meetings with a boy from another school who snuck in through the gates or flipped over the wall to meet her. I would giggle with other roommates, and our faces flushed when she whispered how the two of them hid under a bridge and cuddled. I was only fifteen then, had never held a boy’s hand, or kissed anyone. It was thrilling to listen to her tryst.

But one day she was called by the Principal and when she returned, her eyes were red from crying. She was sent home.

For one month, she didn’t return to school. The teachers refused to talk about her, and none of my friends knew what happened to her. Her bed remained empty, and she missed many lessons and tests, and her grades were falling behind. I was very worried.

When she finally showed up in the dorm, she looked subdued, her eyes sad, and there was something else different about her. After many prying, she finally told me that her parents were very mad at her for dating the boy in secret, and they forced her to break up with the boy. When she refused, her parents locked her up in her room. Frustrated and angry, she had attempted suicide. If her parents didn’t find her on time, she would have died – she showed me a deep, long, red scar on her wrist.

Twenty years have passed since then. We have both grown up, tasted joy, sadness, the fickleness of love and the very depth of it. But sometimes memories won’t slip, and my friend’s story stays with me even though we’re seven thousand miles apart.

Having been living in the U.S. for almost fifteen years, I probably won’t do what my parents did – sending me away at a young age. I don’t think kids in the U.S. face situations like my high school friend did, as American parents, in general, are more open and understanding. But love, denial of love, and rebellion against denial will likely be a dilemma for many of us.

My friend is married to the boy now, and they have one child, who’s about ten years old. We keep in touch, and when we speak of our past, our love, our love in the past, we speak gently.

Susan Spann –  susanspann.com  — (at Amazon)  author of Claws of a Cat, a Shinobi mystery; sequel Ningja’s Daughter comes out in August

Aimie K. Runyan  –  aimiekrunyan.com  –  (at Amazon)  – author of Promised to the Crown, just released in May, sequel comes out in September.

Last year, after living in the U.S. for fifteen years, I went back to China with my kids and husband. I had 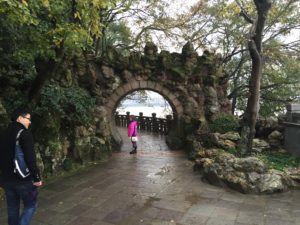 left the country as a twenty-four-year-old single woman and now returned as a mother and a wife. My excitement was difficult to contain, and I was eager to introduce China to my kids. But the flight was sixteen hours, and by the time we rode to the hotel, they were exhausted and confused. And then, to my surprise, my two little kids, looking outside the window, watched the street signs in Chinese, which they couldn’t read, and began to sing in English in unison:

“One two three four five, I caught a fish alive,

Why did you let it go? Because it bit my tiny toe.

Which toe did it bite? The little one on the right.”

It was a very sweet feeling, and I was proud that my kids, even though they don’t understand Chinese very well, had this comfortable connection to the country where I was born and grew up.

My friends in high school. I had four.

Brad Pitt and Angelina Jolie. Don’t laugh at me.

A trip to Europe with my family and we can eat snacks at a piazza, does that count?

Weina is generously giving away one signed copy of The Moon In The Palace to one lucky reader (U.S. only, apologies to international friends). To enter the giveaway, leave a comment below or on the *Facebook post you’ll find here (or both – Share the Love!) ;o) by 11:59 pm PST Aug 9, 2016. Good luck! 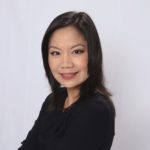 Weina Dai Randel is the debut author of The Moon in the Palace and The Empress of Bright Moon, historical novel series about Empress Wu, the first and only female ruler in China. She was born and raised in China. English is her second language. She came to the U.S. at the age of twenty-four, when she began to speak, write and dream in English. She has worked as a journalist, a magazine editor, and an adjunct professor.

Read more about Weina on The Wall Street Journal China Real Time, Library Journal, The Huffington Post, The Los Angeles Review of Books, and other publications.

*Please note that the Amazon button, most cover images and many text links connect to a Read-A-Romance Month affiliate portal. Thanks so much for your help and support!