You are here: Home / Archives for Bobbi

This is the LONG version of today’s Kirkus post. Thanks for stopping by.

Some days, you just need a little romance.

As you know, I love romance for many reasons, but I especially love them when I feel down. Romance, to me, represents the most hopeful and optimistic books in literature, and while I always love and appreciate them, some days, I need them.

This week has been a string of those days.

For those of us who see the Orlando shootings as not just horrific, but also a hate crime against the LGBTQ+ community, this has been a very hard few days to get through.

When I was in high school, two of my best friends, Mike and Gilbert, were gay. Not that they admitted it, or anyone knew it. Gay was practically a bad word, especially in Texas, and normal people never admitted to being gay.  There were those weird flamboyantly gay men I knew, but they weren’t normal. Plus, as a good Roman Catholic girl, I knew that to be gay meant eternal hellfire and damnation.

In my family, we sort of silently agreed not to discuss it, because my mom was involved in the local theater community and (looking back I realize) she had a lot of gay friends. But most of my Catholic friends’ parents were pretty clear on the issue: gay was wrong/bad/unnatural/sinful.

I lived with Mike and Gilbert in college, outside San Francisco for a summer. Though Mike and I didn’t know it, Gilbert was 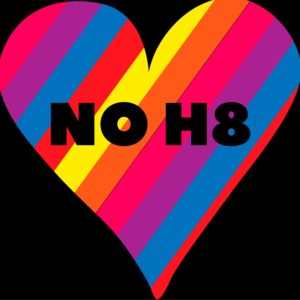 already living a secret gay life, going to clubs and meeting up with men. At the time, Mike was in a deep hetero relationship and thought he’d probably marry her.

They broke up and soon after, he moved to Japan and came out. Met a nice boy, Chris, and, though he couldn’t marry him (of course – this was the ‘90s), entered into a committed relationship and moved back to Detroit when Chris was offered an amazing opportunity to develop some of the first GPS devices for the auto industry. They bought a house together, and since Mike was an international finance guy, he didn’t have a lot of opportunities in Detroit, but he was happy working on the house and supporting his partner. He was young, he’d have lots of opportunities when the project was over.

Except that Chris died. In a bizarre, tragic accident that left Mike reeling.  Mike’s name wasn’t on the house, and so Chris’ father, as his closest family member (since Mike and Chris couldn’t get married) inherited the house.

Now—and this is particularly stunning—Chris’ father knew that Mike should get the house. He knew it was the right thing to do. But what he said to Mike? “I know that this should be yours. But the law is on my side, so since I can take it, I will. I have to think of my family.”

Since the law gives you no rights, gay partner to my son, I have no obligation to you either.

If you think that was okay, please let me know if you ever meet me, because I don’t think I want to know you.

I lost touch with Gilbert for a while after college, and it turns out he married a nice girl and had two lovely daughters. Until 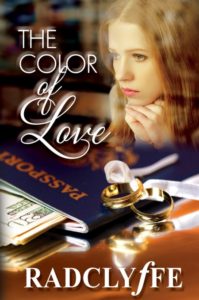 he couldn’t hide from himself anymore and decided to come out. He lived in the South at the time. Because of that choice – to live as he truly is – he’s basically been cut out of his daughters’ lives. No contact in more than ten years.

He’s out and proud now, but because he’s one of the kindest, sweetest men you’ll ever meet, he friends practically everyone who asks on Facebook. And since he’s from Texas, plenty of his “friends” attack him anytime he talks about being gay.

(And since he’s much nicer than I am, he keeps many of them in his life. Me? I’d unfriend pretty damn fast. But how nice not to have to defend myself for being who I am.)

The good news? Mike and Gilbert are happy and successful, in their own ways. Gilbert recently spent his birthday in San Francisco with Mike and his partner of 10+ years and they had a fabulous time, hanging out in Castro and Haight-Asbury and enjoying the sights of one of our favorite cities.

Wish I could have been there.

I could tell you so many stories of my own experience with people who are intolerant and mean, as well as stories of gay friends who’ve faced injustice, bigotry and intolerance.

I’ve lost my childhood faith, Catholicism, mainly because of the institution’s refusal to see God at work in homosexuality. (I disagree with that belief.)

I’ve lost another very close friend who became more and more bigoted. We finally parted ways when she wouldn’t babysit 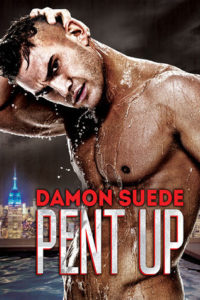 my son (her godson) while my husband and I went to a gay friend’s commitment ceremony. (She didn’t approve.)

You want to honor the people who died in Orlando?

Above all, be kind. Be sensitive to the lives and struggles of others, and especially to those who many people in our society still think are deserving of discrimination, mistreatment, and injustice.

And, apparently, of death.

Be a hero. Call those people out on how they treat others.

Stand up to hate. Stand up to hate in your communities, your neighborhoods and, especially, in your churches. If your church or religion spouts hate as any part of its message, have the courage to find a new home for your faith. One that believes in the fundamental message of all the major religions, when you get to the bottom of it: God is love.

I’d especially start questioning your church if it’s one of the ones that apparently believes in capital punishment for homosexuality. It’s spine-chilling that they’re out there, but they are.

Vote. Ask for common sense gun laws that protect all people, especially since there are people who think it’s okay to kill gay 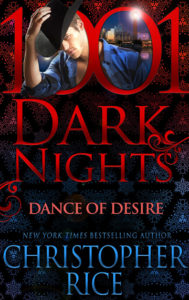 people. Spine-chilling, but they’re out there.

*Recs from the Kirkus blog –

In times like these I turn to romance, and this week I thought I’d turn to some favorite LGBTQ+ romance friends and authors to get some recommendations.

They’re both terrific authors, and I’d recommend anything they’ve written.

They both did great posts in January for Read-A-Romance too. Radclyffe spoke eloquently about our need for heroes and finished her post with this beautiful and germane statement:

the future, for a few moments, and often much much longer, romance fiction provides us with comfort, hope, and the common bonds that unite rather than separate us from our fellow human beings.” (You can read the full post here.)

Aurora Rey – aurorarey.com – (Winter’s Harbor and Built to Last): for those who like their contemporary romances with a little heat and a little sweet

Melissa Brayden – www.melissabrayden.com – (How Sweet It is; Kiss the Girls (Soho Loft series): romances where friends share the ups and downs of falling in love

Jenny Frame – www.jennyframe.com – (A Royal Romance; Heart of the Pack): from a Princess and the Commoner contemporary romance to the leader of the Pack (paranormal romance)

In Damon’s post ( read it here ) he shared this great sentiment:

“Whatever you read, whatever your secret kink or guilty habit, I encourage you to stretch your margins and push past your 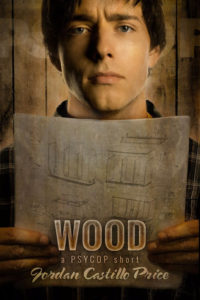 comfort reads. If you haven’t read a romance written before 2000, check out the genre greats of yesteryear. If you only dig paranormal, consider giving romantic suspense a go. If you loathe inspirationals, see if you can find one that surprises you. If you’ve never read a book with zero white characters, you (literally) don’t know what you’re missing. Fantasy romance comes in all flavors. Small town romance runs the gamut from lesbian YA to interracial. And every one of them contains that seed of joy from which our genre sprouts. Joy frees us, excites us, changes us— it holds us because it will not and cannot be held.”

Sarah Waters – www.sarahwaters.com – who turned literary historical lesbian romance into a mass-market phenomenon in the UK through sheer talent

Finally, I met Christopher Rice at RT this year and simply loved him. I’ve been very moved by his twitter coverage of the 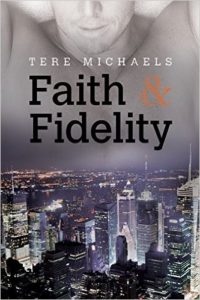 Orlando shootings, especially his dedication to posting a picture of every victim of the massacre. (Follow @chrisricewriter)

I asked Chris for a few recommendations, and he sent these:

Eric Shaw Quinn –  ericshawquinn.com – who has just published a beautiful dramatization of the love story of Jonathan and David from the Book of Samuel. Sure to be controversial, but a beautiful, heartfelt book that uplifts scripture while embracing the two men as lovers. The book is called THE THE PRINCE’S PSALM and it was published by DSP, an imprint of Dreamspinner.

On the romance side, THE SALISBURY KEY by Harper  – www.harperfox.net

and FAITH AND FIDELITY by Tere Michaels – www.teremichaels.com – both of which are about finding love after having been almost shattered by grief.

Thanks Chris, Damon and Radclyffe. xo

I’m going to say this again:

Tomorrow it all begins, the first-ever Read-A-Romance Month. What a crazy few months it’s been!

As I’ve been putting up a few posts, I am struck by how passionately these women feel about this wonderful genre, and how eloquent they are in their defense of it. I long for the day when women don’t have to feel defensive about anything, and while we’re closer, we’re not there yet.

Romance novels represent the very best of what the world can be. Men who respect women. Friendly communities that are welcoming and embracing. Worlds that reward courage, commitment and positive change.

Some writers are defiant. “By asking us to write about why romance matters, you’re separating us from all the other genres that never have to justify their worth.”  Good point.

Some writers are thought-provoking. “What I really want are more stories about what happens after the ‘I do.'” Another good point.

These are some of the best writers you’ll find anywhere, and they love romance. They are its producers and its champions.  If you’re here, it’s likely at least one of them is a favorite. I can tell you that what they have to say about romance is as compelling as the stories they write and the characters they create.

It’s going to be a great month.